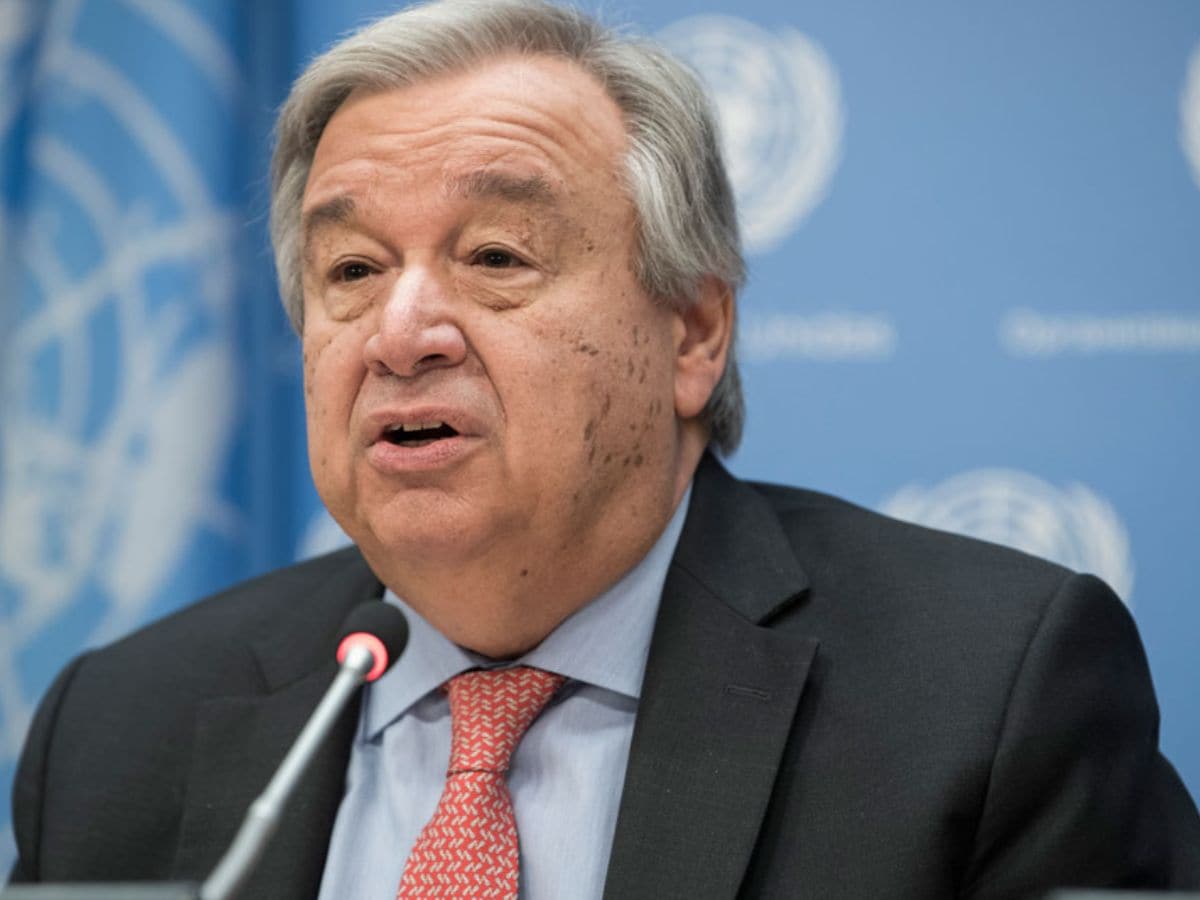 77th anniversary of the atomic bombing of Hiroshima

UN Chief’s warning – ‘Humanity is playing with a loaded gun’

The US dropped the atomic bomb on Hiroshima on August 6, 1945

Hiroshima. Today is the 77th anniversary of America’s atomic bomb attack on Hiroshima. On this occasion, the annual function was organized at Peace Memorial Park near Ground Zero in the city. The UN chief, UN Secretary-General Antonio Guterres also participated in it. Earlier, Ban Ki-moon had attended an event organized to mark the anniversary of the atomic bombings in Hiroshima in 2010. On August 6, 1945, an atomic bomb was dropped from a US bomber over Hiroshima, killing an estimated 140,000 people.

According to a news of news agency ANI, representatives of 98 countries and the European Union participated in today’s program. Whereas Russia, which attacked Ukraine and its ally Belarus, was not invited. On this occasion, UN chief Antonio Guterres said that ‘humanity is playing with a loaded gun’. Because the fear of nuclear crisis and spread around the world is increasing. Guterres warned of an escalating nuclear risk arising from the current crisis in Ukraine, the Middle East and the Korean Peninsula.

Guterres also mentioned the horrors endured by Hiroshima. He said that ‘thousands of people were killed in this city in the blink of an eye’. Women, children and men died due to burning in the hellish fire. The survivors faced cancer and other health problems. Guterres said that ‘we must ask, what have we learned since the atom bomb fell on this city?’

Why did America choose Hiroshima and Nagasaki to drop the atomic bomb?

Significantly, on August 6, 1945, the US dropped an atomic bomb on Hiroshima. In which about 140,000 people died. This includes those who died due to radiation-related diseases spread after the atom bomb attack. Three days after the bombing of Hiroshima, the US dropped another atomic bomb on the Japanese port city of Nagasaki. In which about 74,000 people died. With this the Second World War ended.

What happened in Australia with the two sisters who fled from Saudi Arabia? Dead bodies found in mysterious condition in apartment

Europe’s space agency needs India’s help to complete its mission, many projects are in trouble

Avocado is beneficial in reducing increased cholesterol, these foods should also be included in...

Due to desk work, the condition of the waist has worsened? Keep the...