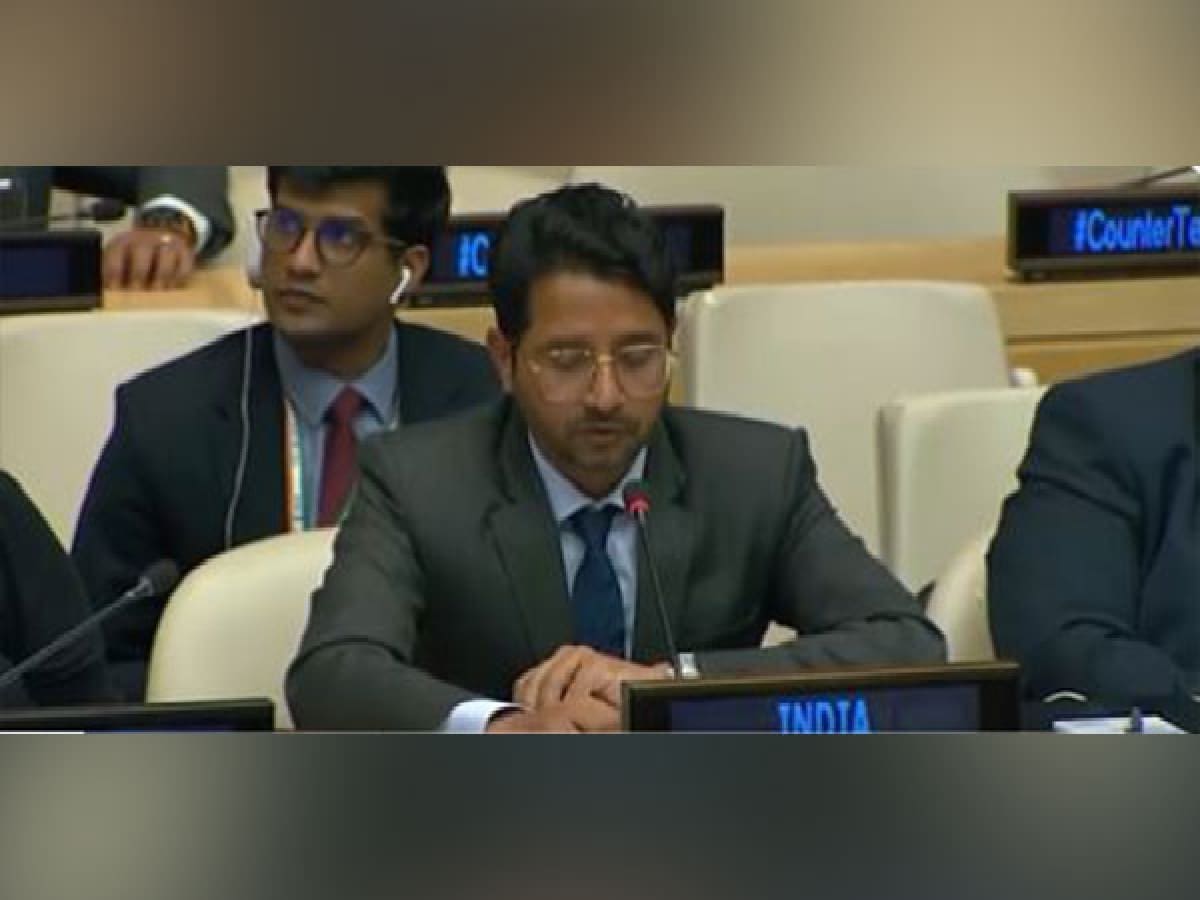 Questions were also raised on the use of new and emerging technologies of terrorists.

Demanded to take action against terrorist organizations without any delay.

New York. India on Wednesday (local time) fiercely imposed a class on Pakistan on terrorism in the United Nations. At the same time, cautioning the global communities, has appealed to take action against this country. Speaking on the “international terrorist threats” at the UN Security Council Araria-source meeting, Indian diplomat Rajesh Parihar said, “It is high time the international community takes action against Pakistan. Also look for effective, credible, verifiable and irrefutable evidence of terrorist organizations. Action should be taken against terrorist organizations operating from areas under the control of Pakistan without any delay.

Coming down heavily on terrorist groups like Lashkar-e-Taiba (LeT), Jaish-e-Mohammed (JeM) and Hizb-ul Mujahideen (HUM) in Pakistan, Rajesh Parihar said, “UN designated terrorist groups like Lashkar, Lashkar, HUM, JeM continue to operate from across the border targeting civilians, security forces, places of worship and critical infrastructure in India. The threats posed to India from these groups have also been highlighted recently in the 13th report of the 1988 Committee on Analytical Support and Sanctions Monitoring Team.

He also highlighted the expansion of new and emerging technologies by the terrorist group to achieve its ulterior goals. Parihar said, “Terrorism remains the greatest threat to humanity, despite the efforts of the international community, including the UNSC-led efforts to counter and prevent it over the past two decades. The threat of terrorism is not only increasing, but it is expanding at a rate. It is growing rapidly in new areas especially in Asia and Africa. At the same time, new and emerging technologies are also being expanded by terrorist groups to achieve their vicious goals.
In recent days, terrorists have launched cross-border drone strikes on the United Arab Emirates and Saudi Arabia, targeting civilians and civilian infrastructure. As a result of which Indian civilians lost their lives and many got injured. The Indian diplomat said, “India condemns these cross-border drone strikes in the United Arab Emirates and Saudi Arabia. We also condemned the terrorist attack carried out by al-Shabaab on a hotel two weeks ago, in which more than 20 people lost their lives.” 40 people were killed and more than 70 injured in an attack by al-Shabaab militants at the Hyatt Hotel in Somalia’s capital Mogadishu.

Parihar urged the Council to look into the use of new technologies by terrorist groups, a new and emerging trend to assess this threat. Also urged to ensure an effective and timely response to deal with this menace.