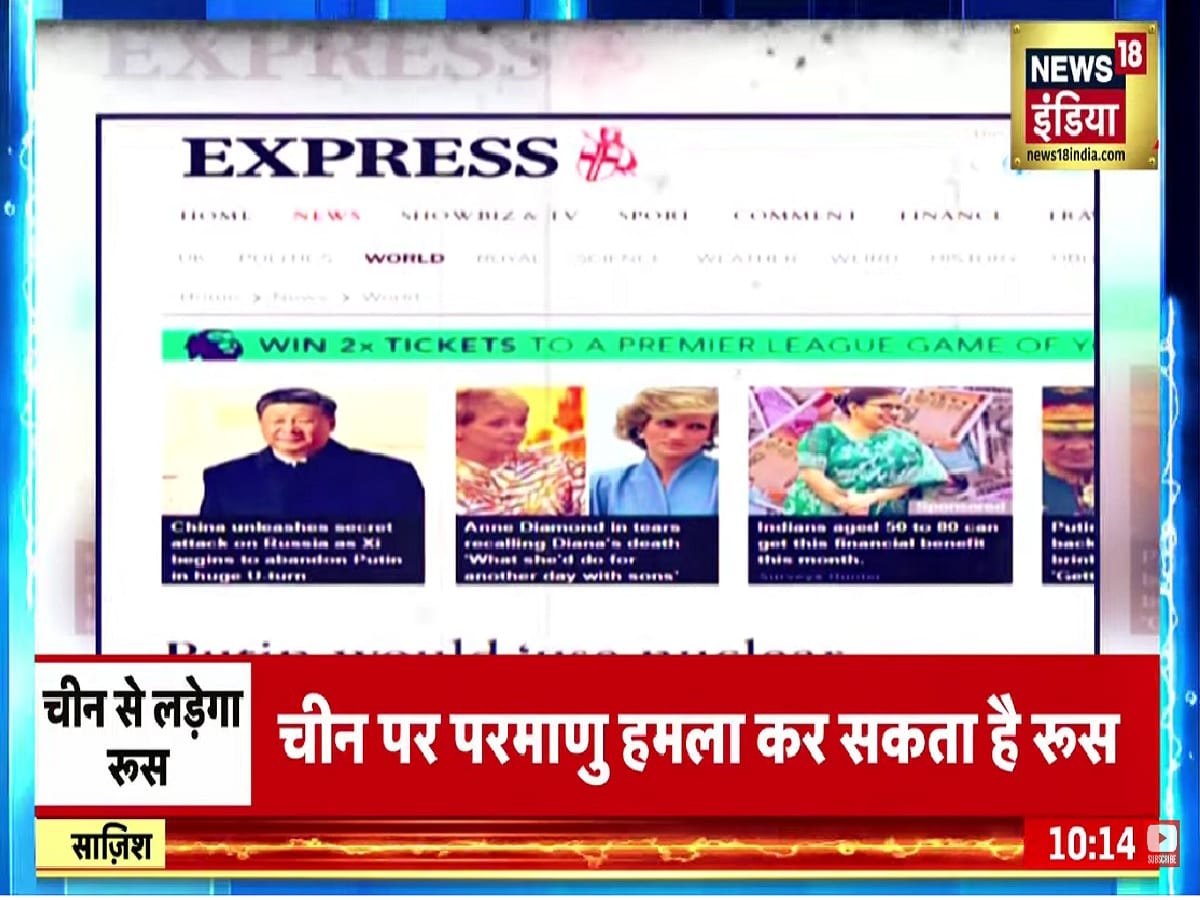 It is being said that Russia will launch a nuclear attack on China in the coming time.

After all, what is the reason that Russia can attack its friend Dragon

The biggest question is why would there be a nuclear war between Russia and China?

New Delhi. The way Russia has attacked Ukraine, China can attack Taiwan in the same way. Such speculation has been going on for a long time. But at this time the biggest news is coming out that Russia will launch an atomic attack on China in the coming time. After all, what is the reason that Russia can attack its friend Dragon. Russia has recognized Taiwan as part of China. He considers any military attack on Taiwan justified. But the biggest question is why would there be a nuclear war between Russia and China?

According to the British newspaper Express, there has been a dispute between the two countries over the borders of Siberia for a long time. If today China attacks Siberia, then Russia will have no option but to attack only nuclear. According to former diplomat and Jean Dr. John Callahan of the New England College of America, if China attacks Siberia today, then Russia will have only the option of nuclear attack.

There are also bitter memories of the conflict between Russia and China over Siberia. In 1968, there has been a military conflict between the two countries over Demensky Island. It is said that China had stopped this conflict when Russia threatened a nuclear attack. However, both the countries covered 4000 km in the year 2000. The border dispute has been resolved. The Demensky Island for which the two clashed is still with China. But if the border dispute of Siberia emerges, then it will end only by conducting nuclear war.

Russia-Ukraine War: Russia will not stop war, even if Ukraine gives up hope of joining NATO

If there was an atomic war, more than 2 crore people would die. About 2 billion people of the world will have to face starvation. Half of the ozone layer above the earth will be destroyed. Due to black smoke, sunlight will not reach the earth. Due to which the monsoon will have a bad effect. It is being told that Russia has 6500 atomic bombs. Whereas China has only 290 atomic bombs. By 2030, China’s intention is to try to make 1000 atomic bombs. In this way, no matter how much army China has gathered in every matter, but in terms of nuclear power, it is far behind Russia and America.