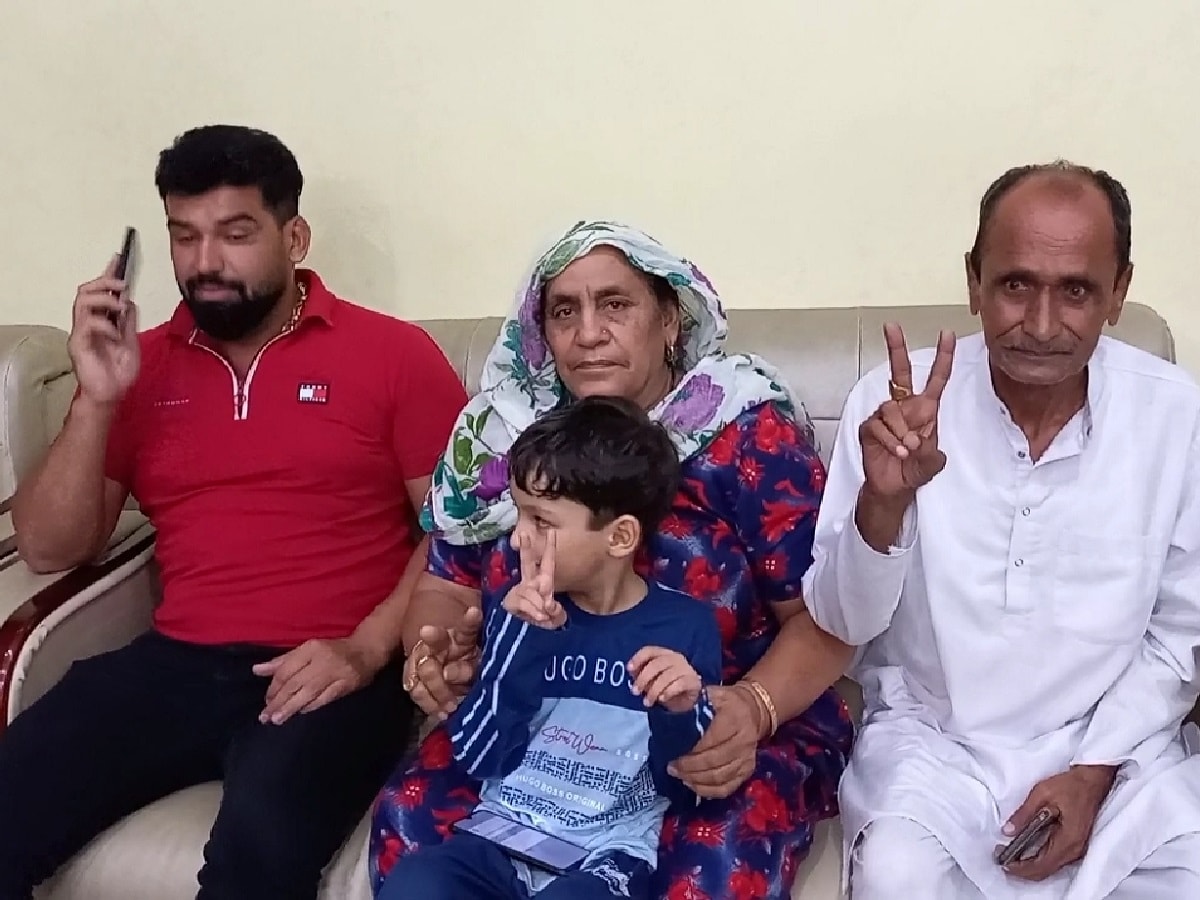 
Sonipat. The country’s star wrestler Bajrang Punia expects a gold medal in every competition, on which Bajrang Punia always tries to live up to it. A living example of this was also seen in the ongoing Commonwealth Games in England on Friday. Bajrang captured the gold medal here, defeating his rivals one-sidedly. This achievement of Bajrang gave an opportunity to the whole country and his family to celebrate happiness once again.

Along with hard work, the blessings of the family also come in handy for the player. Something similar happened with Bajrang Punia. When Bajrang Punia was wrestling for the gold medal for the country in the Commonwealth Games. Then his elder brother Harendra Punia was sitting in the temple and praying for his victory. The family’s blessings and Bajrang’s hard work once again paid off and he once again made everyone proud with his game and hoisted the country’s flag on foreign soil.

Let us tell you that Bajrang Punia has once again won the gold medal in the Commonwealth Games and brought laurels to the state. After the victory of Bajrang Punia, there is an atmosphere of happiness in the family and they are waiting for their beloved son, so that no stone can be left unturned to welcome him.

Bajrang’s mother Om Pyari and father Balwan Singh Punia are not happy after this victory of their son. The mother said that when the son returns home, his favorite thing will be made churma and fed to him. At the same time, the daughter will be welcomed with great pomp. Son’s victory increased the honor of the whole country. At the same time, Bajrang’s father said that now his son has fully recovered from the injury of Tokyo Olympics and he will bring gold medal for the country in the upcoming Olympics and World Championships. Working hard for this.

Make these 5 changes in lifestyle to avoid high cholesterol, you will get full...

Is it safe to drink coffee during pregnancy? Know what is the effect...

Do you have increased bad cholesterol in your body? What are the symptoms...

If you sit for a long time, then be alert, these problems can happen...