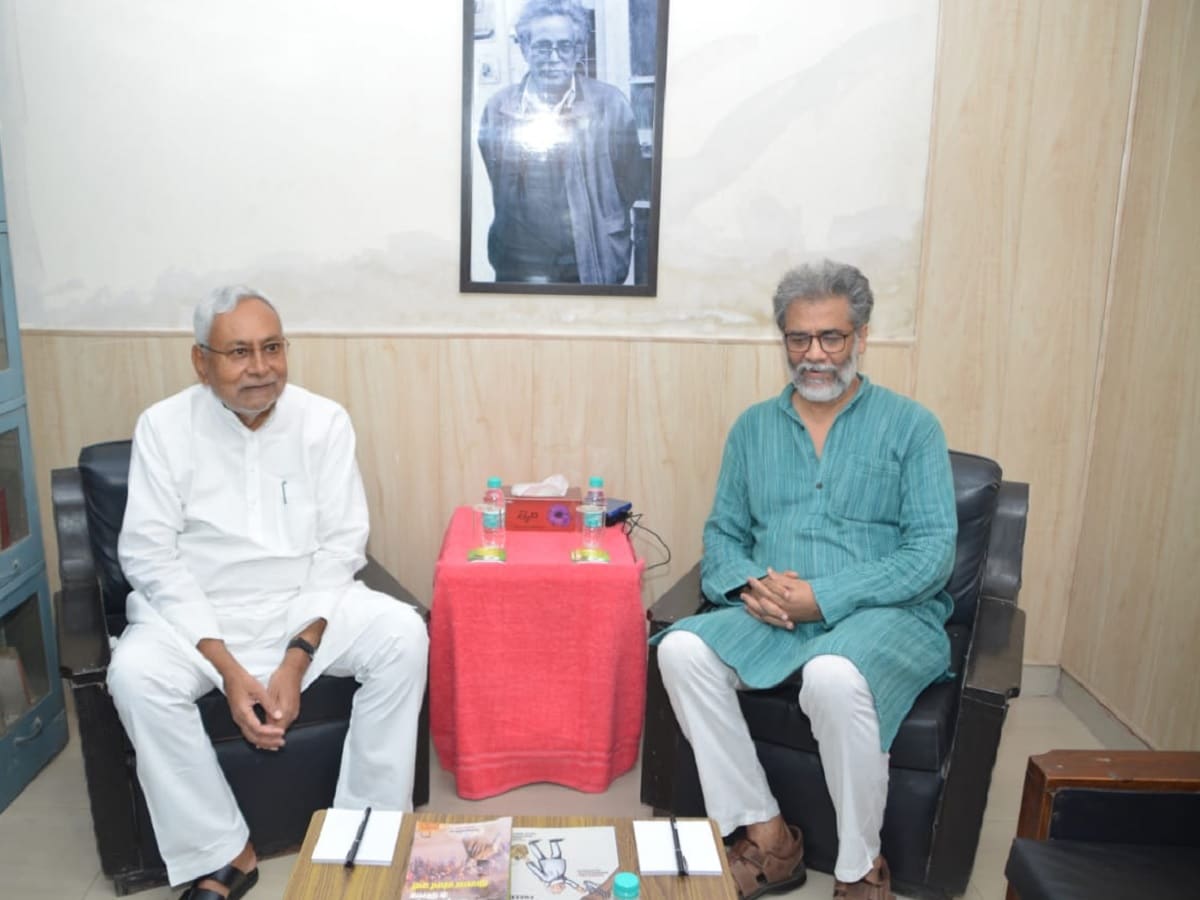 
Patna. Bihar Chief Minister Nitish Kumar is on a visit to Delhi as part of the preparations for Mission 2024. Here he is meeting senior leaders of major opposition parties. Wednesday is the last day of CM Nitish’s 3-day tour. Nitish Kumar met CPI-ML General Secretary Dipankar Bhattacharya on 7 September 2022 at his Delhi residence. After the conversation, Nitish Kumar said that 7 parties are together in Bihar. All the parties are working together in consensus. On this occasion, the Chief Minister of Bihar was also asked a question related to bringing Congress and Aam Aadmi Party (AAP) on one platform. On this Nitish Kumar said that wait for the time… all will be well. Let us inform that the CM of Bihar has already met former National President of Congress Rahul Gandhi and AAP leader and Delhi Chief Minister Arvind Kejriwal.

Nitish Kumar answered the question related to bringing Congress and Aam Aadmi Party on one platform in simple words. The Chief Minister of Bihar said, ‘Wait for the time, all will be well. Slowly talking to everyone is happening. There will be talk about that too. I am sure that all the people are aware that the country is suffering because of those who have power in their hands. It would be great if people would understand this and work together in different places. It is slowly getting better. Let us inform that Nitish Kumar is busy in uniting the opposition parties before the Lok Sabha elections to be held in the year 2024, so that the NDA can be given a tough challenge.

Bihar is not included in Rahul Gandhi’s India Jodo Yatra, BJP said – it is an insult to the people of Bihar

There should be unity of opposition- Nitish
After meeting CPI-ML leader Dipankar Bhattacharya, Nitish Kumar said that he has been meeting all the people except those people (NDA) ever since they came here (in the opposition camp). Bihar CM said, ‘It is the wish of all the people that the opposition should be united in the whole country. Nothing is being protected today. People are being harassed for no reason. People are being harassed in every state. No development work is being done.