Home India VIDEO: If the loan was not given for the daughter’s education, then... 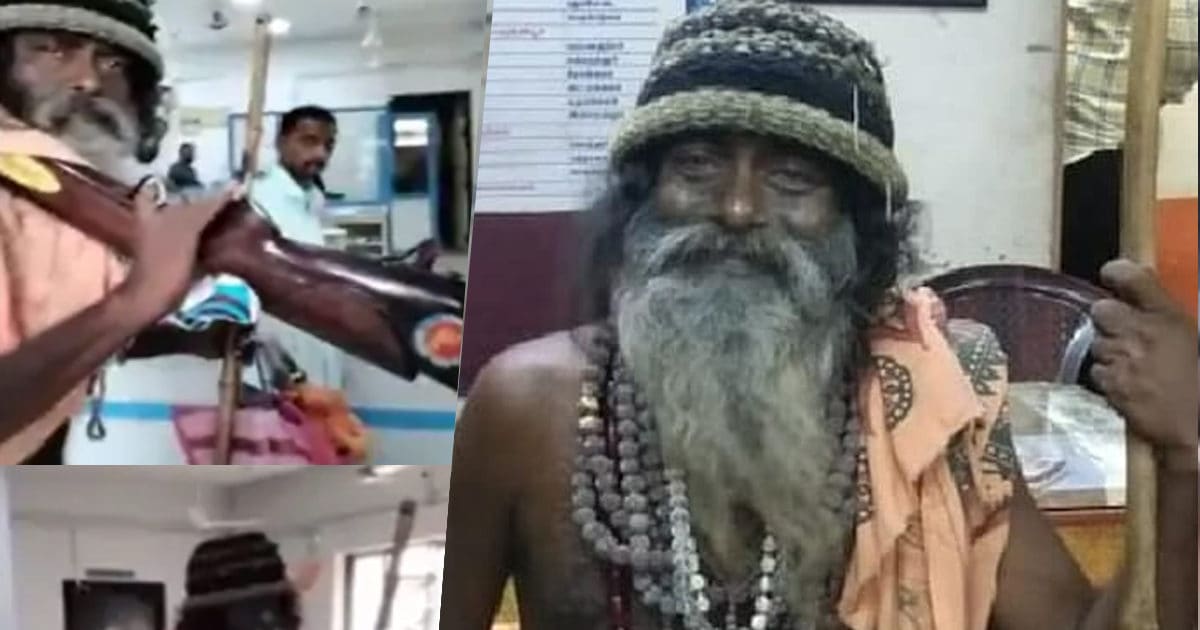 
New Delhi: In Tamil Nadu, a monk needed a loan from the bank for the education of his daughter, but the bank refused to give him a loan. The monk was so annoyed by this that he picked up the weapon and went to rob the bank. Actually, this incident is from Tiruvarur in Tamil Nadu, where the monk had come with a gun to rob the bank after the private bank refused to give the loan. Not only this, during this the sadhu also telecasted this incident live on Facebook.

According to the media report, the monk was asking for a loan from the bank to get his daughter higher education. When the bank’s staff refused to give him a loan and rejected his form, the monk quietly went home and after some time reached the bank with a gun. He also threatened the bankers that if he was not given the loan, he would rob the bank.

However, the police reached the spot and arrested him. The monk, who came to rob the bank, has been identified as Tirumalai Sami, who runs Idi-Minnal (Thunder and Storm) Sangamam at Moolangundi village in Tiruvarur district. Sadhu Sami had approached a private bank seeking a loan for his daughter’s education. Her daughter is studying medicine in China.

In fact, in lieu of the loan, the bank staff had asked for property documents from the monk, to which Sami had objected. Sadhu Sami had questioned that when the bank will get the money back with interest, then why are property papers being asked. However, the bank officials did not agree and refused to give the loan and rejected the application.


After this Sami went to his house and came straight back to the bank with a rifle. He sat in the bank and started smoking. Simultaneously, he started threatening the employees of the bank. During this, he made this incident live on his Facebook page, in which he says that the bank has refused to give him a loan, so now he will rob the bank. However, on the information of this incident, the police reached the spot and arrested him. At present, the investigation of the matter has been started.

If you are troubled by hair loss, then start using these things, the effect...

Fever, cold and cough can be symptoms of swine flu. Are you getting...

After the order of recruitment in the army, the race to...