Home India VIDEO: ‘Girlfriend is an officer, I have been preparing for UPSC for... 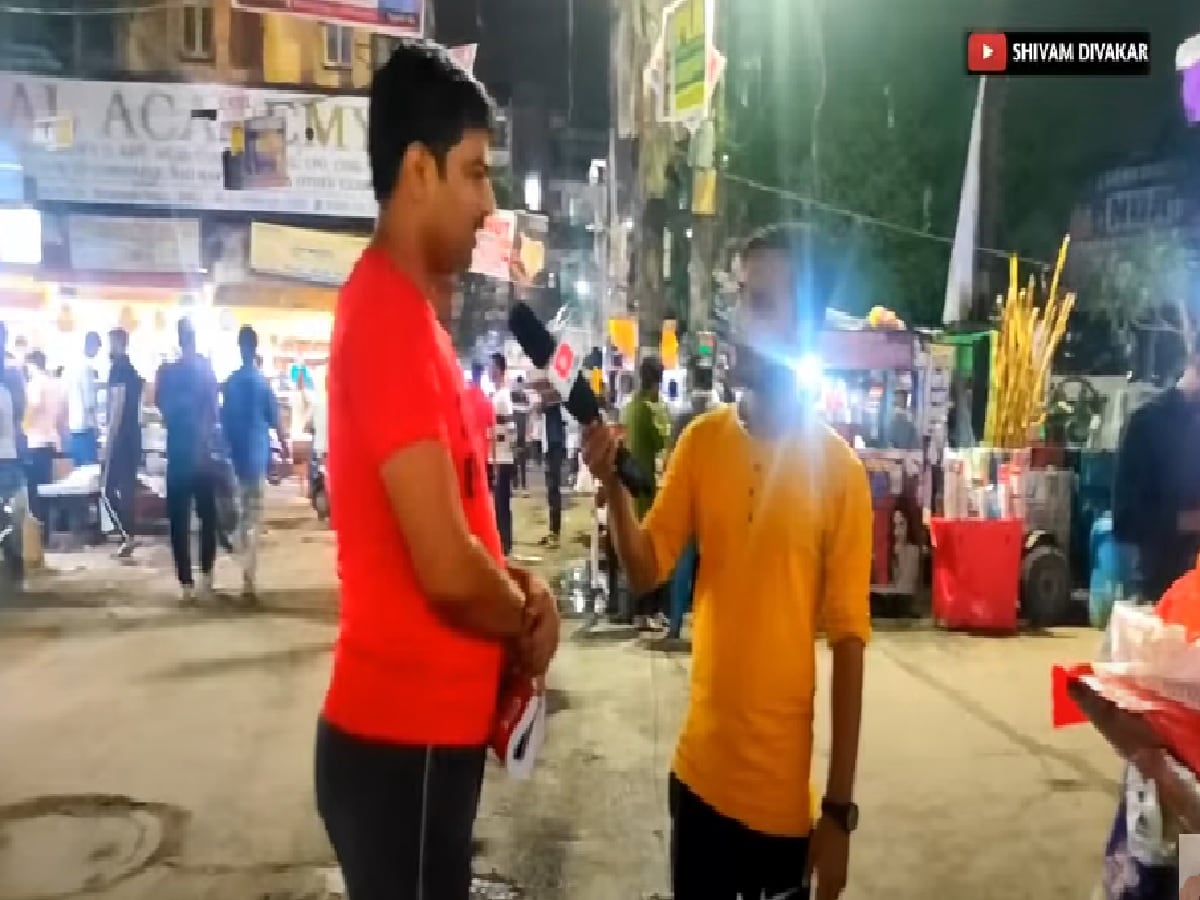 
New Delhi. It is often seen that boys fall behind in their studies after falling in love with their girlfriends. One such video is going viral on YouTube. In this video a boy who is coaching for UPSC exam in Mukherjee Nagar, Delhi has narrated his failure. The boy told that he has been preparing for UPSC for 11 years, but fails in the exam. Whereas his girlfriend has now become an officer by cracking the exam.

This video of Mukherjee Nagar has been shared by YouTuber named Shivam Diwakar. In the video, the contestant claimed that he has been preparing for 11 years, has given UPSC attempts 5 times. But can’t crack. YouTuber Shivam Diwakar spoke to a UPSC aspirant named Harendra Pandey. Harendra Pandey explains in the video, ‘After being successful, the world changes. Failure is the sin that the world never forgives.’

In the video, Harendra has shared many things about his early studies, ups and downs of life, UPSC preparation, exams and his girlfriend. He hails from Gopalganj, Bihar. He said, ‘Mukherjee Nagar is a city of fools. I spent 10 lakhs here in 11 years. Failed the interview four times.

Harendra says, ‘I have been preparing for UPSC for 11 years. I have given exam 5 times. There was also better performance 4 times. But luck does not favor. There was no selection. There are many people with me who have become IPS or IAS. Many of them were also toppers.

Harendra says, ‘My heart also used to beat for someone. But I don’t want to reveal his name. She became successful by cracking the exam. Now an officer. We didn’t have any contact after that. In which cadre or district is Harendra’s girlfriend? He didn’t mention it.

In the video, he further says, ‘During school days, he was very smart in studies. Used to be among the toppers. In 2011, I moved to Delhi with the intention of preparing for UPSC. To be honest, I didn’t know that much in the beginning. What to read and how to read. There was no guide. Sometimes people’s approach was not even available. Many times it happens that the candidates start copying the method of a topper, due to which they lose their identity.

Many types of comments are coming on this video. Many users have expressed their condolences with Harendra, while many users say that those who take the IAS exam have their own different reality.