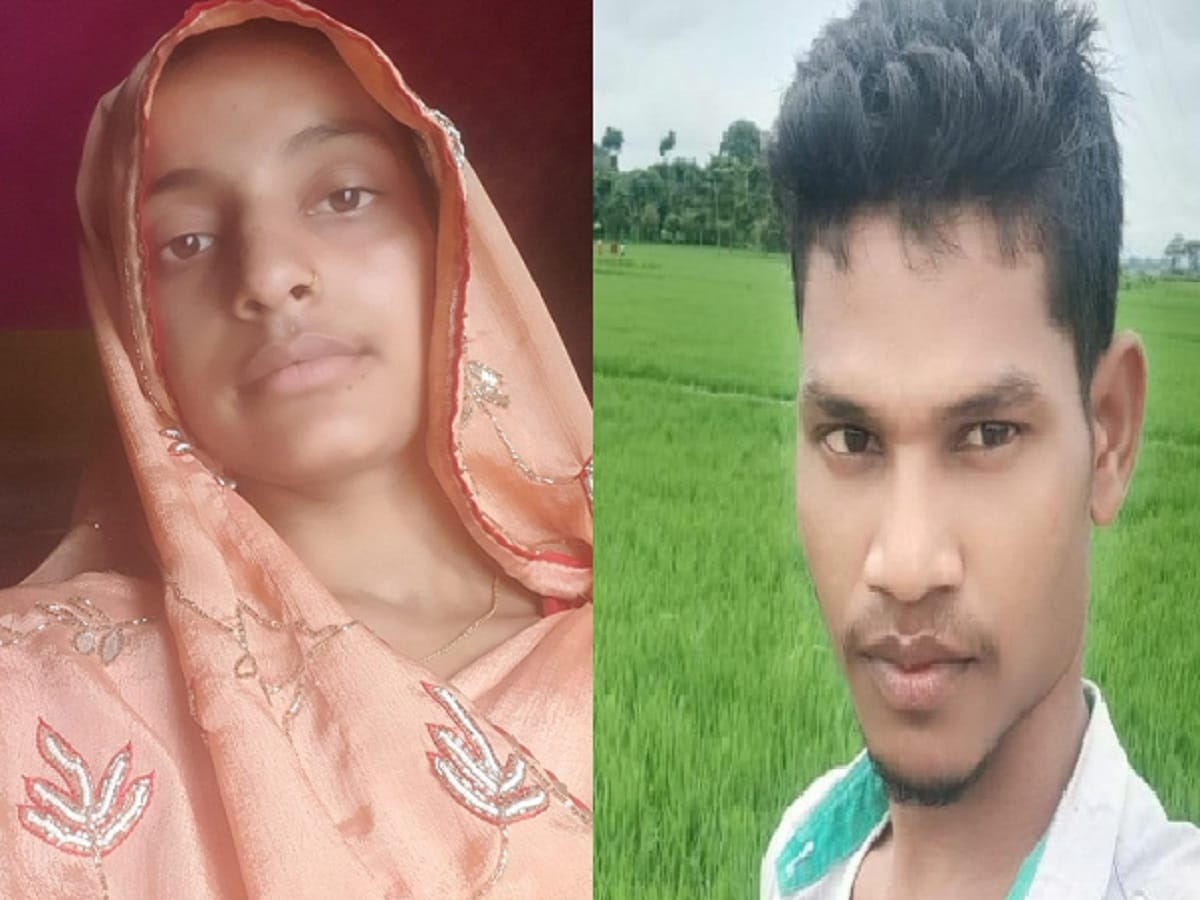 
Purnia. The case of getting married after being trapped in a love trap and killing the girl only a few months later has come to the fore. The murder case is of Baluganj police station area of ​​Telta police station in Katihar district; While the maternal uncle of the minor girl is in Hathibandha village of Byasi police station of Purnia. According to the information received, the family members have lodged an FIR of murder.

According to the allegation, Chaman Noori was first implicated in his love trap by his lover Iqbal, then within two months, the in-laws together killed the girlfriend and hanged the dead body. The incident is from Baluganj of Telta police station in Katihar district. As soon as Chaman’s body reached his village Hathibandha on Friday, there was uproar among the family members.

The brother of the deceased Chaman Noori, Afsar Alam and mother Arfa Khatoon said that two months ago, Iqbal, a resident of Kumharwa, had taken away his sister Chaman Noori by trapping her in a love trap. In the night, they got information that after killing Chaman in his aunt’s house in Baluganj, he was hanged by the noose.

The brother of the deceased further told that when they reached there, they saw that Chaman’s body was hanging from the noose and knee bent was adjacent to the ground. As soon as they reached Iqbal and his family members started running away. He informed the Telta police about this. After this the police reached the spot and started investigation. After the post-mortem of the dead body, it was brought to Hathibandha in Biasi.

The family told that the boy Iqbal is already married. His first wife is Babli Khatoon. He used to work in electrical wiring. He used to come to the girl’s village only during the wiring. During this time he had contact with the girl. Gradually trapping her in his love trap, she kidnapped Chaman Noori two months ago. Took him to Delhi first. Then came back from Delhi and stayed at his Khala Anwari Khatoon’s house. Where he was murdered on Wednesday evening.

On the statement of the brother of the deceased, an FIR has been registered against 6 people in Telta police station. In which an FIR has been registered against the boy Iqbal, the boy’s father Mansoor, mother Nargis Khatoon, first wife Babli, aunt Anwari Khatoon and brother Nabuat. At present all the accused are absconding. The relatives demanded that the accused should be arrested soon and they should be given the harshest punishment.

Amidst the panic of Corona and Monkeypox, Dengue-Malaria made Delhiites sleepless, 5-year record broken

There is a big difference between weight loss and fat loss, are you doing...