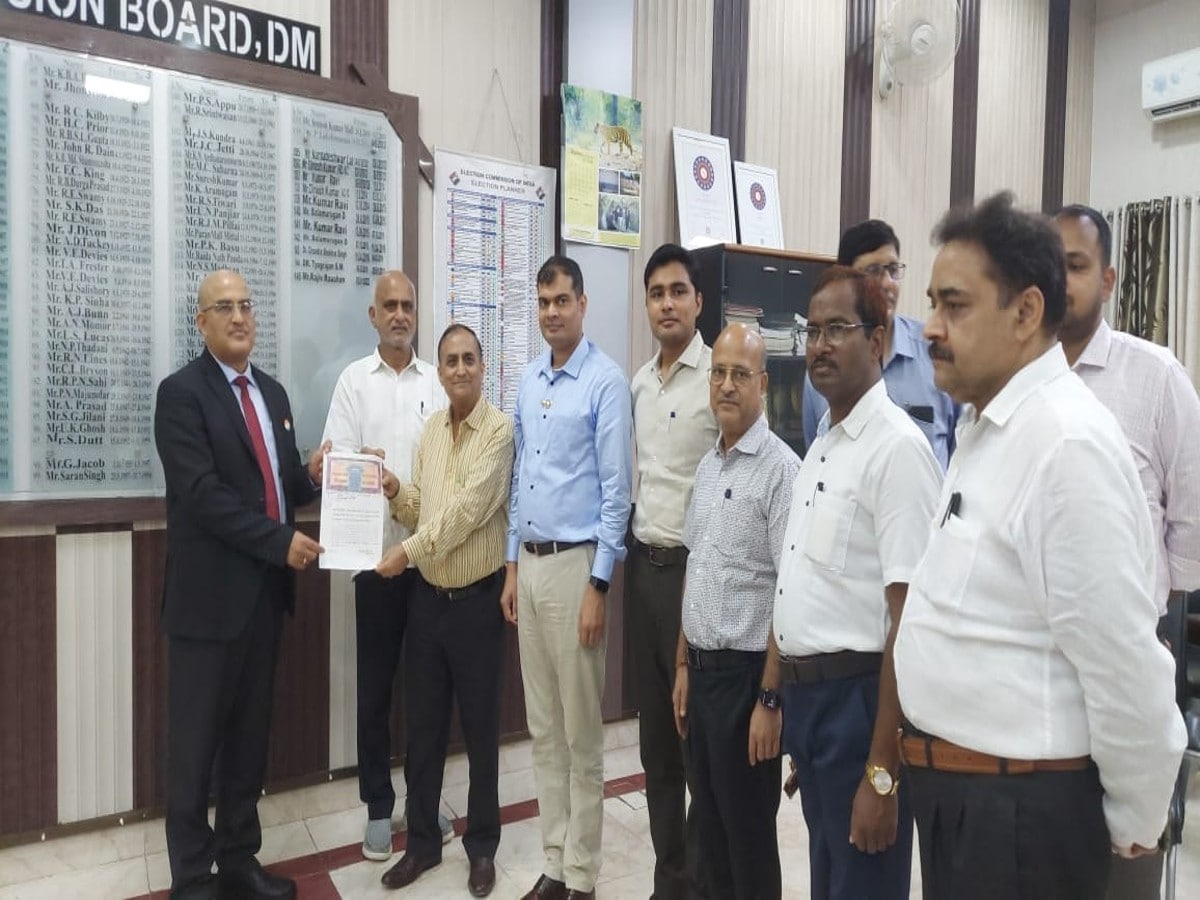 
Darbhanga. The stir regarding the construction of the second AIIMS hospital in Bihar has intensified. After taking over as the first director of Darbhanga AIIMS on August 15, it is being speculated that now its construction work will speed up. Darbhanga AIIMS was announced by the Union Finance Minister in the budget speech for the financial year 2015-16, but there were constant problems regarding land acquisition. Earlier, out of the land of Darbhanga Medical College Hospital (DMCH), 200 acres were to be given, but then Chief Minister Nitish Kumar was asked to return 55 acres out of 200 acres to Darbhanga Medical College.

On Tuesday, in the presence of District Magistrate (DM) Rajiv Roshan, DMCH Principal (Principal) Kripanath Mishra and Superintendent Harishankar Mishra signed the Indian non-judicial stamp paper and transferred 81.09 acres of land of the first phase to Dr. Madhavanand Kar, the Executive Director of AIIMS. to be done.

Dr. Madhavanand Kar signed the stamp paper on behalf of AIIMS and accepted it. The demand for duly transfer of land was being made by the Executive Director of AIIMS to start the construction work of AIIMS. After the first phase land has been duly transferred on stamp paper, now the way has been cleared for building, boundary wall and other construction work for AIIMS.

Please tell that the Darbhanga AIIMS Hospital will be of 750 beds. Its construction will cost Rs 1,264 crore, which was to be ready in about 48 months, but it is much late than the scheduled time. In Darbhanga AIIMS, 100 seats of MBBS, 60 seats of B.Sc Nursing have been fixed. It will also have 15 to 20 super specialty departments. It will be constructed under the Pradhan Mantri Swasthya Suraksha Yojana.

With the formation of Darbhanga AIIMS, there is a possibility of employment of about 3,000 people directly. Along with this, patients of Bihar as well as neighboring country Nepal will also get its benefit.