Home India The ghost of ‘free culture’ is scaring India, this competition can have... 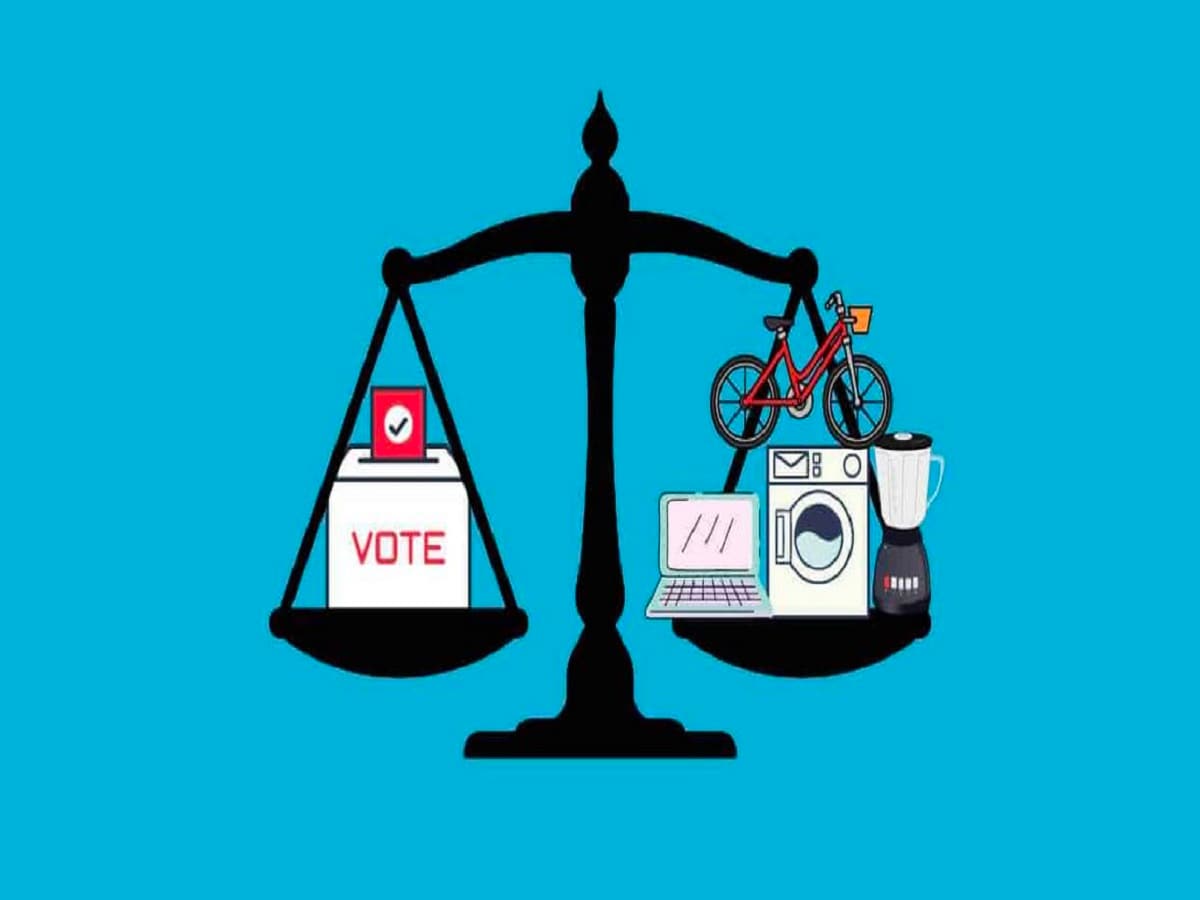 
Aditya Kuvlekar: A ghost is scaring India. Ghost of free services in exchange for votes. Mimicking the Delhi model, the Punjab government is expected to decline revenue and increase budgetary deficit (when the government spends more than revenue receipts, this situation is called budgetary deficit. That is, the difference between total revenue and total expenditure is budgetary deficit). Regardless, it is distributing 300 units of free electricity per month to all since the beginning of this month.

Keeping its promise made during the election, the Punjab government has shown that it has no problem in compromising on the future of the youth of this country for the sake of immediate electoral gains. At a time when the Indian economy is preparing to take off with a clean banking system, if the ‘free to vote’ culture spreads to other parts of the country, the consequences could be dire and troubling in the long run. can. Even the Supreme Court, realizing the grave danger posed to the country by this culture, has termed it as a ‘serious issue’.

To understand the scale of negligence, one needs to look no further than the financial condition of Punjab. The financial burden of Punjab’s revenue from the free power policy is estimated to be around Rs 1500 crore per year. In my opinion, this financial burden is being underestimated. A similar scheme in Delhi costs Rs 3,200 crore annually. Since Punjab is a much bigger state than Delhi, the cost is likely to be much more than 1500 crores. But if the estimated cost is taken into account, then this amount is about 7-8% of the revenue deficit estimate of Punjab for 2021-22. In fact, Punjab is estimated to have the highest outstanding public debt as a percentage of gross domestic product (GDP) in 2021-22.

Unless Punjab corrects its mistakes on the economic front, such situations will continue to come before it. And until then, a Punjab government armed with a unique propaganda apparatus will blame some outside force for its failures. But it may take one or five years. However, the broader point is that even though the economic condition of Punjab may not be so bad, should its citizens get Rs. Or the citizens of any other part of the country need 300 units of free electricity.

However, the broader point is that even though the economic condition of Punjab may not be so bad, should its citizens get Rs. Or the citizens of any other part of the country need 300 units of free electricity. To put things in perspective, the motivation behind the free electricity model is that an average household in Delhi consumes 250 to 270 units of electricity per month. Is this the best use of public money? Could this money not have been better spent to ensure people’s access to basic necessities like health care and education?

Moreover, those who argue that this power subsidy is harmless in a revenue surplus state like Delhi (which has also got windfall gains through GST), need to think about the opportunity cost. Delhi has the luxury of not spending any money on its police force. If one takes into account the budget of Delhi Police, Delhi’s revenue is unlikely to remain surplus. Therefore, this claim of the state government is misleading.

There are few other states in India which pay for their police force and still have revenue surplus. And more importantly, just because Delhi is a revenue surplus state, should the state government spend exchequer money on financing expenses without any long-term benefits? Let’s take DTC for example. Wouldn’t it be more beneficial to add 5,000 buses to the DTC fleet with this money, which the Delhi government had promised? Or why not spend it on ensuring food for the poor people, who do not have bread for two times.

As we are learning from Sri Lanka and Pakistan, fiscal negligence can wreak havoc. Both countries relied on spending heavily in good times, as if there is no tomorrow. And now Sri Lanka, for the first time in its history, is not in a position to repay the debt, facing economic bankruptcy. While Pakistan is on the verge of bankruptcy. This is not the place to talk about the reasons for his downfall. But, at its root, the primary reason is the volatile level of debt.

Such economic collapse is taking a toll on the poor. They are often the most affected when such a situation arises. For example, a 10% increase in the prices of petrol, and so on in other things, does not bother a rich person much. But this may force a poor family to cut down on its expenditure on important areas like health or education of its children.

However, the most imminent threat with this model is not limited to Punjab or Delhi. In a fiercely competitive democracy, with elections being held in some state every year, other political parties may be tempted to follow this model for electoral success. It will be interesting to see if any political party resists the electoral temptation. Because in order to maintain their reputation, the parties are in a race to fulfill even their irresponsible promises made during the campaign.

(Aditya Kuvlekar is a Lecturer in Economics at the University of Essex, United Kingdom. The views expressed in this article are his own and do not represent the stand of this publication)

Eating Parwal in monsoon will keep many diseases away, you will also get these...

These 5 easy physical activities can be done at home, you will get more...

Bikramjeet - August 5, 2022 0
Entertainment
Alia Bhatt (Alia Bhatt) has received a lot of praise this year through her superb performance in 'Gangubaai'. So far, Alia, who...