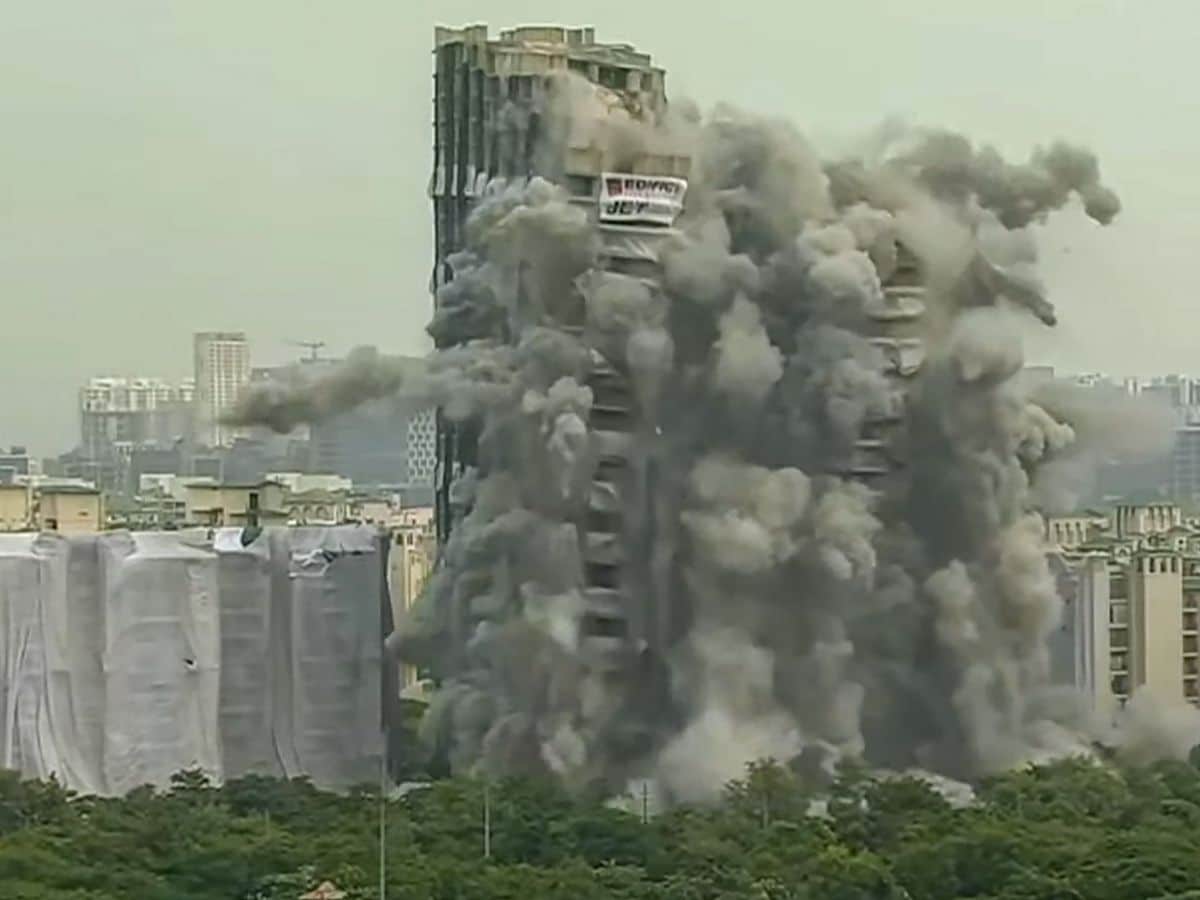 Six machines were installed by the authority to measure the ambient noise.

The noise level reached 101.2 decibels during the demolition at City Park.

For this measurement, the data of the three locations closest to the Twin Towers were taken.

Noida. During the demolition of the Twin Towers in Noida on Sunday, a sound of 101.2 decibels was recorded in the surrounding areas. This information has come to the fore in official figures. According to officials, the Uttar Pradesh Pollution Control Board (UPPCB) had installed six machines to measure the ambient noise and for this measurement data was taken from the nearest three locations of the twin towers. Three machines were installed at Parsvnath Prestige, Baraat Ghar and City Park. All the three machines were at a distance of about 300-500 meters from the blast site. According to official figures, the ambient noise before the demolition of the towers was recorded at 49.5 decibels at Parsvnath Prestige, 65.9 decibels at Baraat Ghar and 56.6 decibels at City Park.

According to the data, 84.9 decibels were recorded in Parsvnath Prestige, 101.2 decibels in Barat Ghar and 89.8 decibels in City Park during the demolition of towers. UPPCB regional officer Praveen Kumar told PTI, “The noise level reached 101.2 decibels during the demolition in City Park, which is located in front of the demolished towers.” While the Supertech twin tower collapsed on Sunday afternoon. No significant change was recorded in the air quality in the areas adjoining Sector-93A due to the huge plume of 80,000 tonnes of debris and dust.

According to the Noida authority, the air quality index (AQI) and particulate matter (PM) levels of 10 were closely monitored through 20 monitoring centers before and after the blast. “It is clear from the data that even after the collapse of the tower, the AQI and PM10 levels remained within the estimated limits,” the authority said in a tweet. The AQIs in Sector-91, 125, 62, one and 116 were recorded at 57, 122, 108, 119 and 121 respectively at 2 pm before the blast.