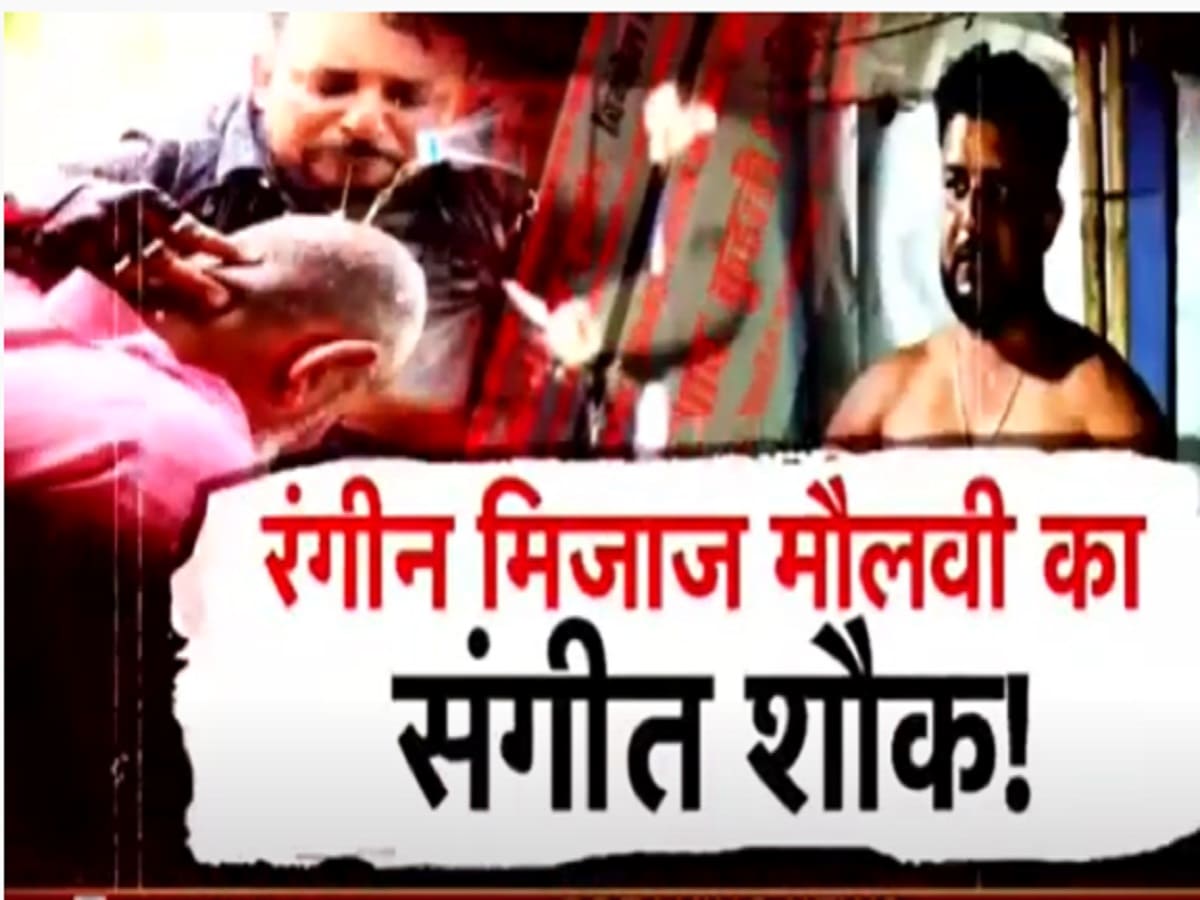 
Report – Ashish Kumar
Kishanganj. A video of a cynical cleric is going viral on social media. In the video, the cleric is seen dancing with a knife in his hand. In many places, he has been caught on camera extorting and abusing. In Kishanganj district, a video of a madrasa cleric’s handiwork is going viral, in which he is sometimes seen dancing with a knife, sometimes forcibly taking someone away and doing dirty acts.

This cleric is also being told as a government teacher in a school in Chhatargach. Its name is Jamarul Bitto. Many cases have already been registered on this in the area. Recently, within a week, a police watchman of a local police station was also stabbed to death while he was on traffic duty, who is undergoing treatment. A case has also been registered against him on the application of the watchman, but till now his arrest has not been made.

The local people are upset and complaining due to its actions. There is a cosmetic shopkeeper whose shop was forcibly locked. He is upset too. They say that we are poor people, if the shop does not open then how will we survive. At the same time, in the case of attacking the police, it is said that when the police do not leave, then what will the common man be spared.

However, this cleric has been avoiding action by calling himself insane in some cases. But the local people say that if he is mad, then how is he getting his salary from the madrasa. At the same time, the local watchman Babulal (he was stabbed by the cleric) has given a statement in the case and told the incident how it carries out its dirty antics.

Haldwani Municipal Corporation started campaign against Dengue, know what was the effect?

Now the risk of death due to Covid-19 infection is less? You will be surprised to know the opinion of experts

International Beer Day 2022: You will be shocked to know the advantages and disadvantages...

All About Pre-Diabetes: People with pre-diabetes are more prone to diabetes. Take care...

Google Down: Google was down for a long time around the world, flood of memes came on Twitter

Is your child also harassing someone on the Internet? protect like this

Good News! Messages sent to anyone will now be able to be deleted on WhatsApp for 2 days

Haldwani Municipal Corporation started campaign against Dengue, know what was the...