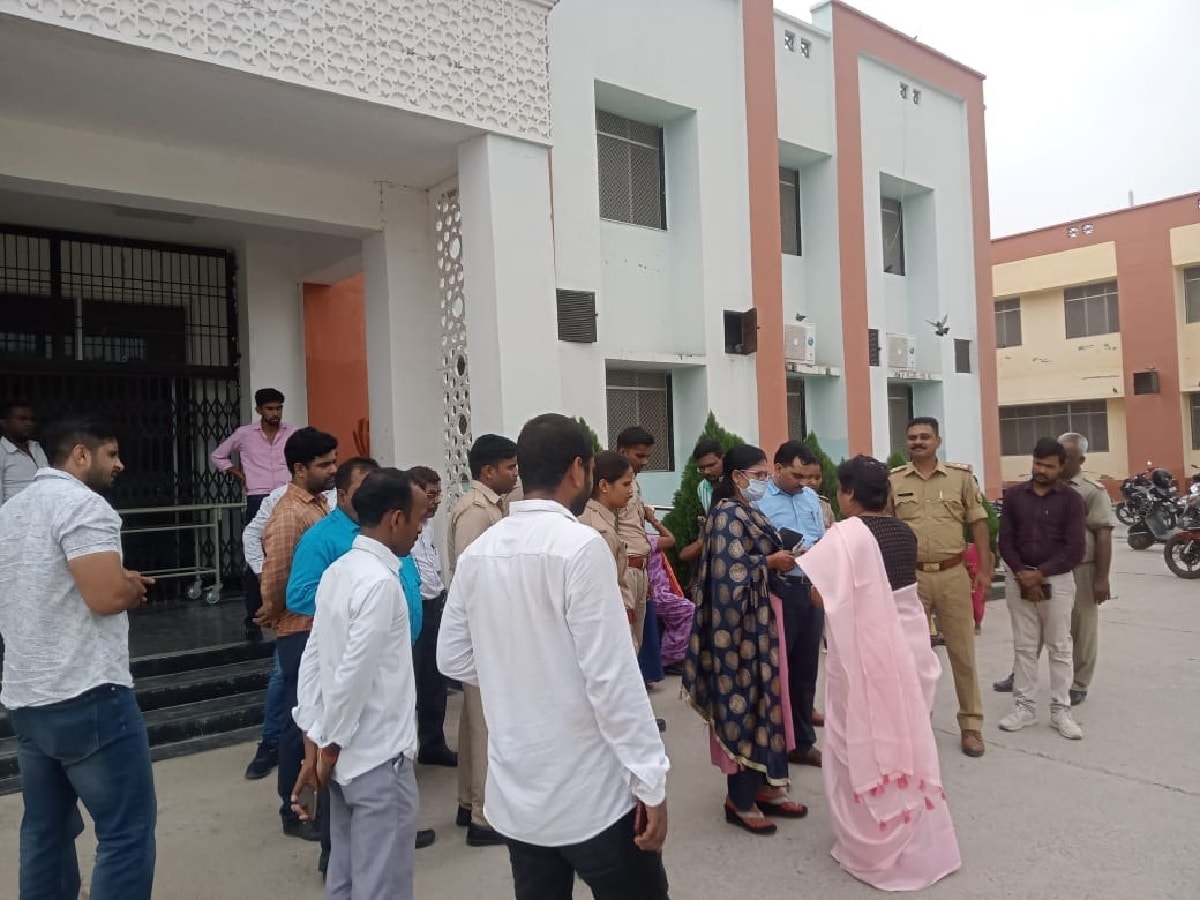 Took the girl to get treatment, class IV worker molested

AmethiA case of molestation with a class 10th student has come to light in Asaidapur, an Ashram system school in Amethi, Uttar Pradesh. It was told that the girl’s health was bad. The class IV employee of the school, who was taken to the hospital for treatment, molested the girl. The incident is of 2 days ago, when the accused had brought the girl student to the hospital for treatment.

On Wednesday, other girl students of the school also got angry about this matter. After which the higher officials reached the school. He admitted the girl to the hospital due to her deteriorating health. It was told that the accused who molested the girl student has been detained by the Amethi police.

molested while on the way to the hospital
It was told that two days ago i.e. on Monday, the health of a class X student had deteriorated. Which was taken by the fourth grade worker, Vikram, to the district hospital for treatment. It is alleged that on the way, Vikram molested the student. On reaching the school, the girl informed about the matter to other girl students and teachers. The principal of the school was on leave, due to which no action could be taken. It is being told that after the incident, the victim girl was going mentally disturbed. After which the other girl students of the school started a ruckus regarding the whole matter today i.e. on Wednesday.

District Magistrate sent investigation team
The girls of the school sat on a dharna over the molestation of the girl student. After which the whole matter came to the notice of the Amethi District Magistrate and other officials. As soon as the information of the incident was received, Amethi District Magistrate Rakesh Kumar Mishra immediately on the spot, sent the Social Welfare Officer and Basic Education Officer to get the matter investigated. Social Welfare Officer Rajesh Kumar Sharma, who reached the spot, sent the student to the hospital for treatment. where he was treated. At the same time, Amethi Basic Education Officer Sangeeta Singh, along with the Social Welfare Officer, reached the school and investigated the whole matter.