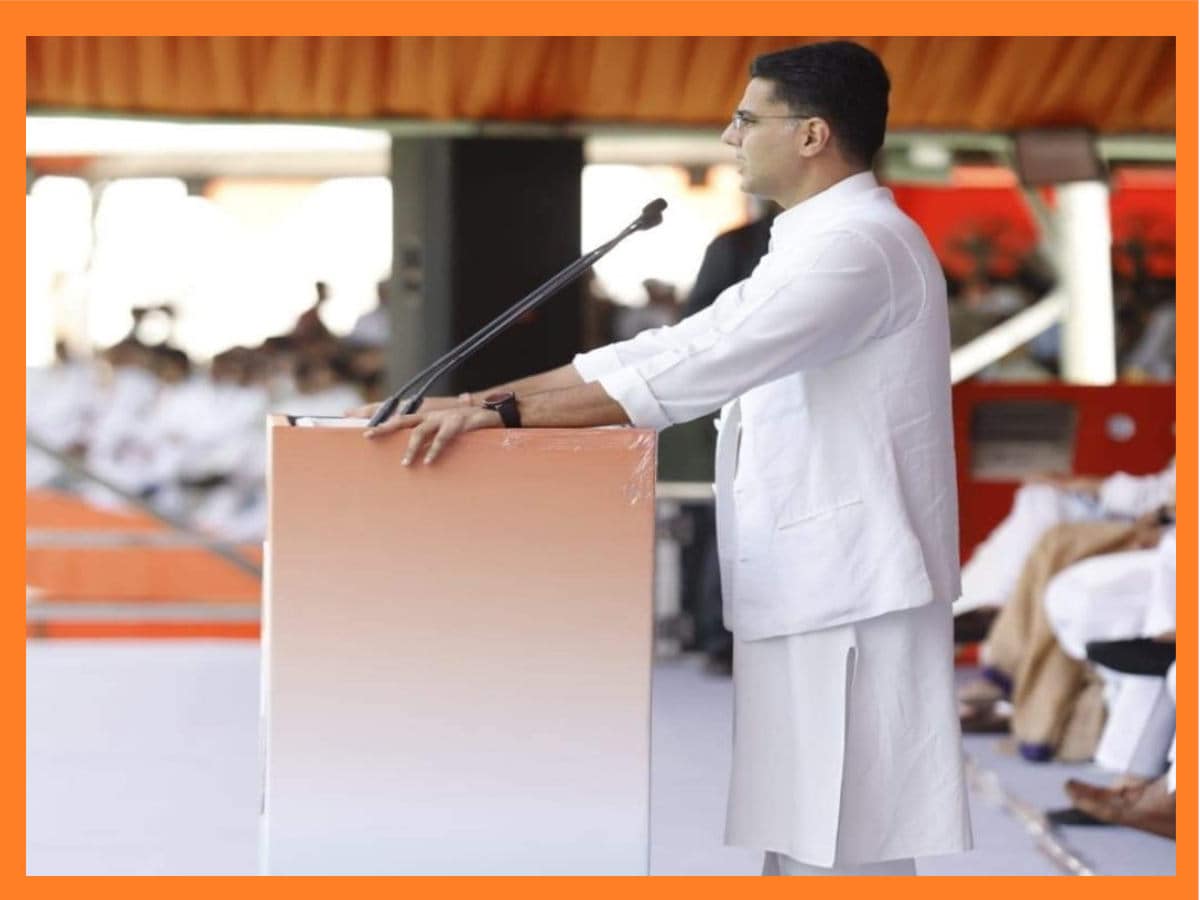 Jaipur. The Congress party on Sunday organized a Halla Bol rally against inflation at Delhi’s Ramlila Maidan. Congress workers from across the country were called in this rally and a ruckus was raised against the alleged inflation and unemployment policy of the central government. In this rally, apart from Congress leader Rahul Gandhi, all senior leaders addressed the rally. These include leaders holding positions like organization general secretary, chief minister, leader of opposition, state president, former chief minister, AICC general secretary. But the special thing is that Sachin Pilot, MLA from Tonk assembly constituency of Rajasthan, was also given a chance to address this rally.

Sachin Pilot is a veteran leader of Rajasthan Congress. He has been the former Deputy Chief Minister of Rajasthan and PCC Chief. But the special thing is that at present, he does not occupy any important or special position in the power and organization. But in view of his popularity and loyalty to the organization among the people and youth of Rajasthan, the Congress high command could not ignore him even if he wanted to. Therefore, he was given an opportunity to address the Halla Bol rally organized against inflation.

Gehlot and Pilot got a chance to speak from Rajasthan
Even though he was blamed for destabilizing the government during the political crisis in Rajasthan in the year 2020 and the government was locked in a barricade for months, the reason for Pilot’s patience and loyalty to the Congress was that of addressing the rally. given a chance. The biggest thing is that in this rally, only Chief Minister Ashok Gehlot and Sachin Pilot were given a chance to address the leaders belonging to Rajasthan.

Pilot targeted the Center on the issue of inflation
Former Rajasthan Deputy Chief Minister Sachin Pilot made a scathing attack on the Center in the Halla Bol rally of Congress on inflation at Ramlila Maidan in Delhi. Addressing the rally, Sachin Pilot said that people’s back has been broken due to inflation in the country. When BJP was in opposition, it used to oppose GST but today GST has been imposed in everything. He alleged that this government is anti-farmer.

Workers have to raise their voice and the voice of the public
First make laws against farmers and now she is not talking about MSP. Today diesel, gas, petrol and everyday things have become very expensive. Pilot said that Congress workers will have to raise their voice and that of the public. The people who are facing the brunt of unbridled inflation have been completely stricken.