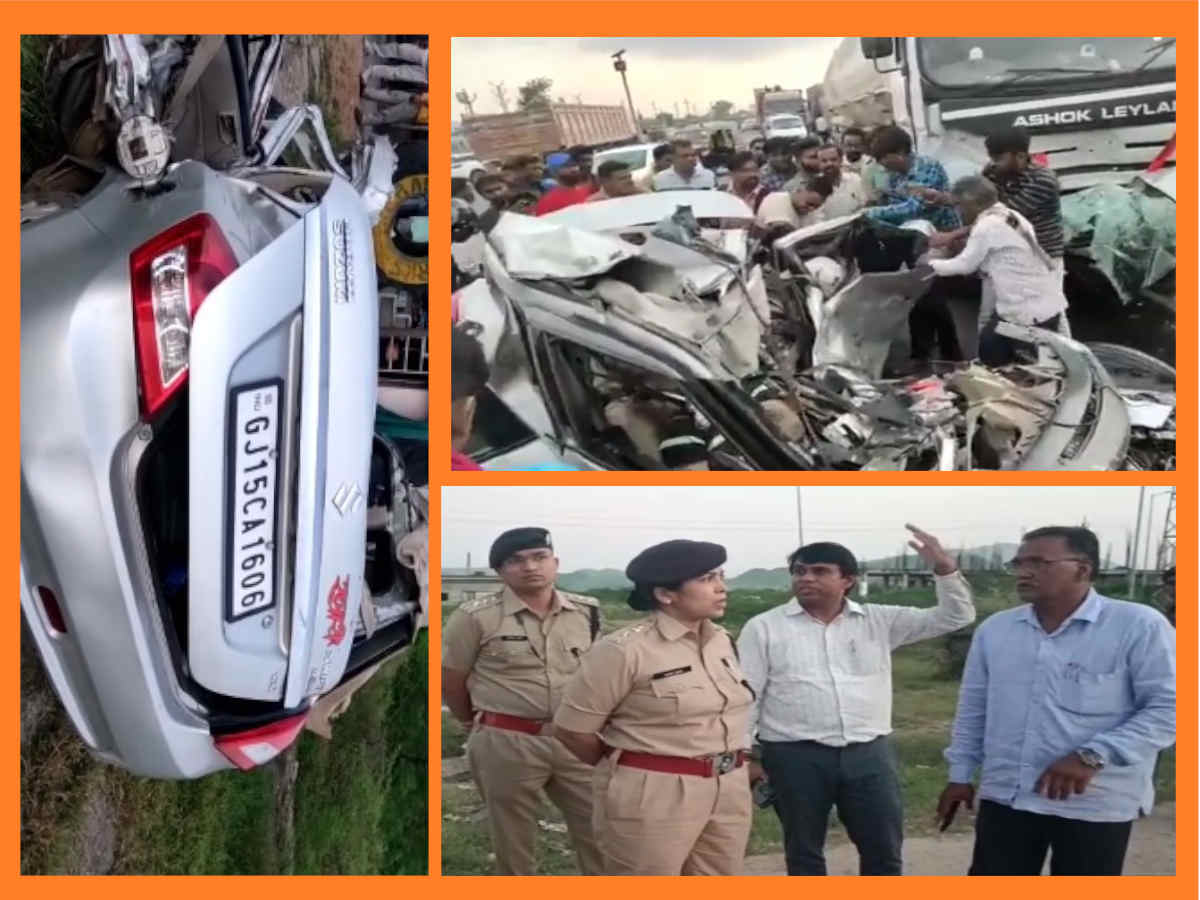 The accident happened in Abu area of ​​Sirohi

Sirohi. Six people died in a horrific road accident in Maval Riko area of ​​Abu Road in Sirohi district of Rajasthan. The accident happened due to the car and truck collision. All the six people who died in the accident were in the car. After the accident, the car turned into junk and the bodies got stuck in them. With the help of the villagers, the police took out the dead bodies after working hard. After the accident, there was a jam on the highway for about four hours. On the information of the accident, the District Collector and the Superintendent of Police reached the spot and took stock of the situation.

According to the information, the accident happened on Wednesday evening. The victims of the accident had come to attend the fair of Sarneshwar Mahadev Temple in Sirohi. From there, these people were going back to their home in Gujarat from Abu Road on the National Highway in a car. Meanwhile, his car collided with a speeding truck in Maval area of ​​Rico, Abu Road. Due to this, the car blew up with an explosion and 6 people in it died on the spot. After the accident, there was a crowd there and there was an atmosphere of chaos.

All the deceased were residents of Raipur village of Pali district.
The local police reached the spot as soon as the accident was reported. With the help of the villagers, the police took out all the dead bodies trapped in the car after working hard for about 4 hours. On information, the top officials reached the spot. All the victims of the accident were residents of Raipur village in Pali district of Rajasthan. Due to the information of the accident, mourning spread in Raipur. The police had to struggle a lot to restore traffic on the highway.

Postmortem of dead bodies will be done today
The police have kept the bodies of all the dead in the mortuary of the government hospital in Abu Road. After the identification of the dead, their families have been informed about the accident. The post-mortem of the bodies will be conducted on Thursday. The police is involved in the investigation of the whole matter. There is an uproar in the family of the deceased. It is noteworthy that many major road accidents have taken place in Rajasthan in the past. Dozens of people have lost their lives in them.