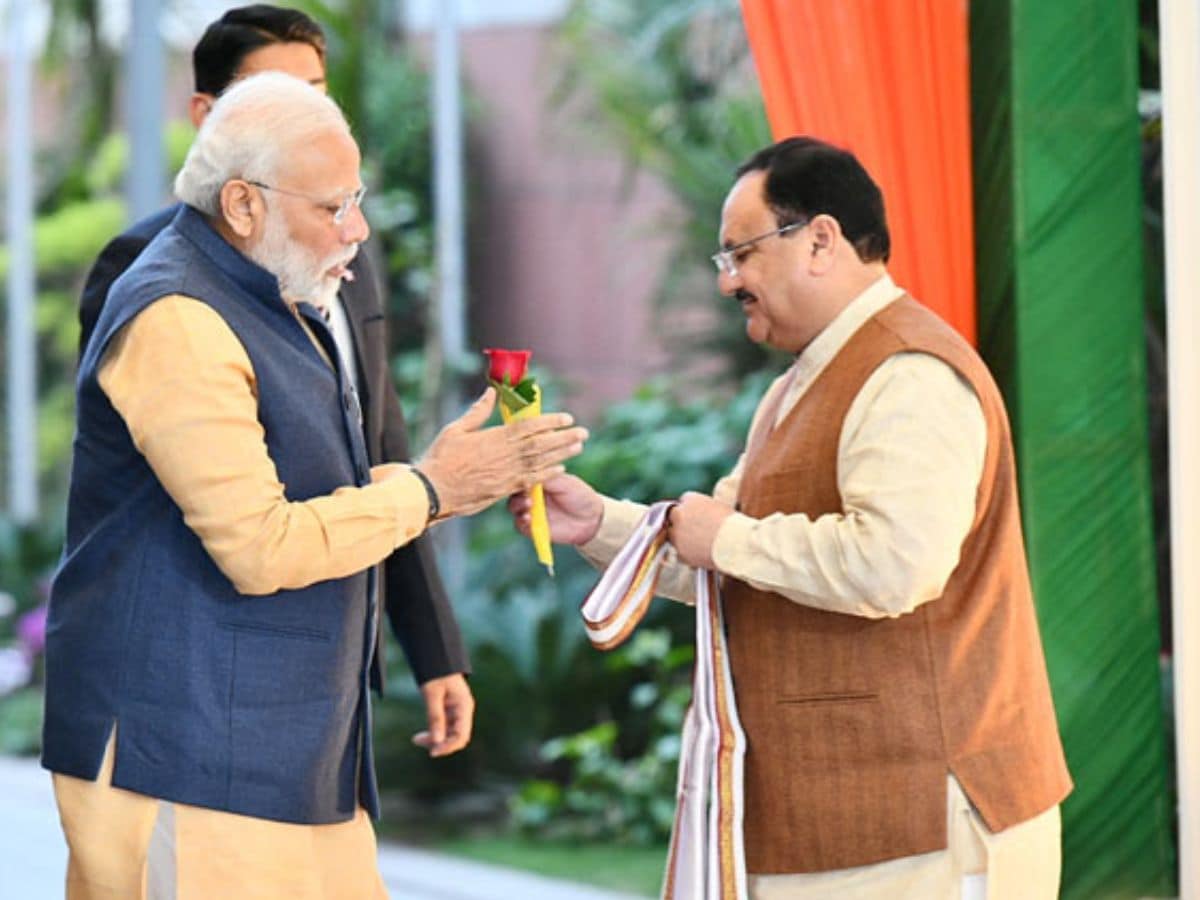 
New Delhi: BJP National President JP Nadda has given instructions to celebrate the birthday of PM Narendra Modi as “Seva Pakhwada”. Under this, from September 17, the birthday of Prime Minister Narendra Modi, to the birth anniversary of Mahatma Gandhi, the birth anniversary of Mahatma Gandhi, will be celebrated as Seva Pakhwada. During this, an exhibition on the personality of PM Modi will also be organized at the district level.

Along with this, the party is also making a strategy for the promotion of the book “Modi @ 2.0 Sapne Hue Sakar”. Along with this, blood donation camps and free screening camps will be organized. Distribution of artificial limbs and equipment will be organized in the event. On this occasion, a one-year program will be run to make the country TV-free, under which everyone has to adopt a TV patient and take care of him for one year.

Party President JP Nadda has also given instructions to upload photos of programs on the NaMo app. The party president has also directed to promote the program related to unity in diversity and ‘Ek Bharat Shreshtha Bharat’ under this fortnight.

Special event will be organized on the birth anniversary of Deendayal Upadhyay ji
The party has also decided to organize a special program on the occasion of Deendayal Upadhyay’s birth anniversary on 25 September. On this occasion, along with discussing his personality, the party president has given instructions to organize many programs related to him. The President has also directed to run a special program on the birth anniversary of Mahatma Gandhi. Under this, it has been said to discuss the use of Khadi and the principles of the Father of the Nation.