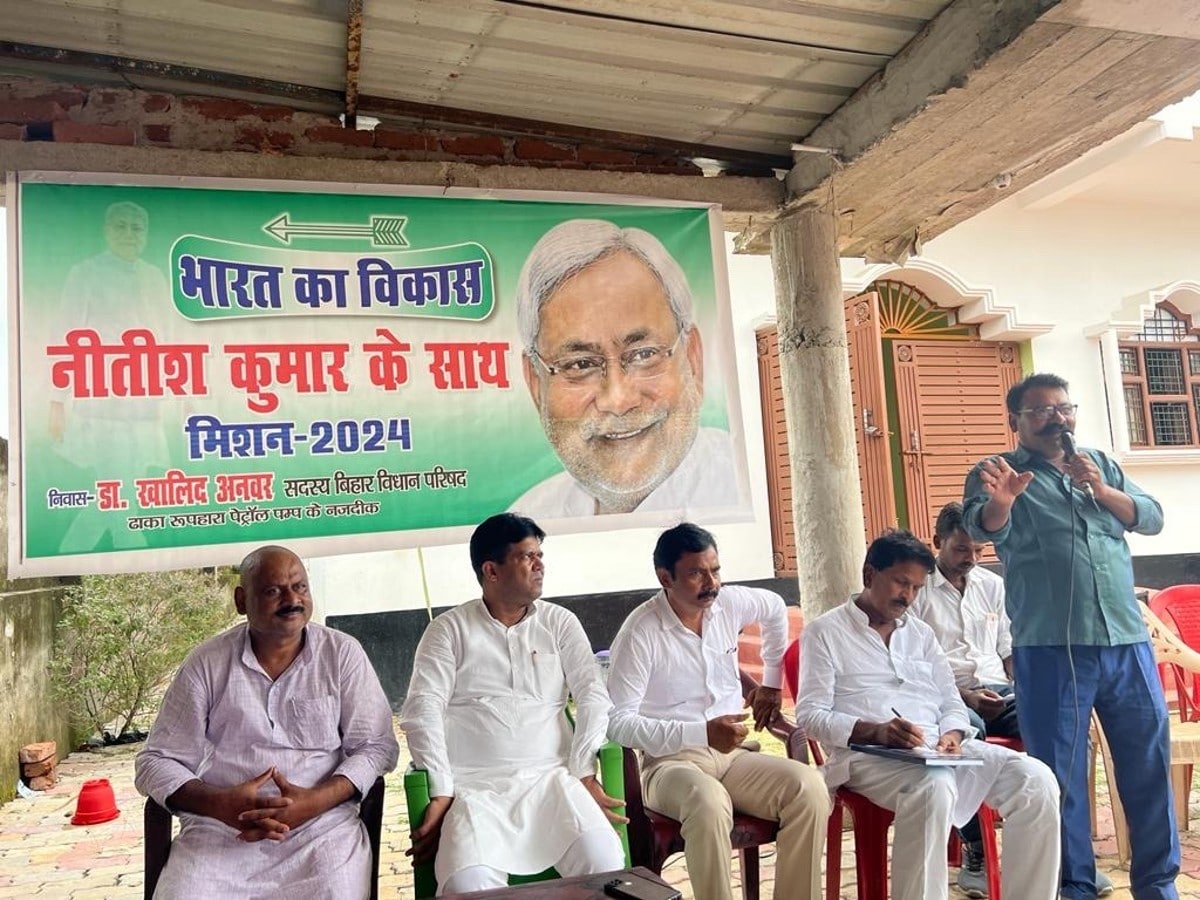 In fact, a meeting of people of Dalit and Muslim society was organized under the leadership of JDU’s MLC Khalid Anwar. JDU workers were also present in this program. Addressing the gathering, Khalid Anwar said that the land of Champaran is the land of revolution. A proposal should be brought regarding that Nitish Kumar should sit on the chair of the Prime Minister of the country, in which the people of Champaran should take a pledge that Nitish Kumar should be made the Prime Minister of India in 2024.

In the event in which this proposal was brought, it was also discussed how to strengthen the people of the country’s scheduled castes and tribes and the people standing at the lower rungs of the society politically, socially and economically for the people who love the constitution. At the same time, all the intellectuals of Champaran, the land of Satyagraha, have to be prepared for how to make Chief Minister Nitish Kumar the next Prime Minister of the country. For this it is necessary that it starts from Champaran and a resolution should be passed unanimously. Which was also done later.