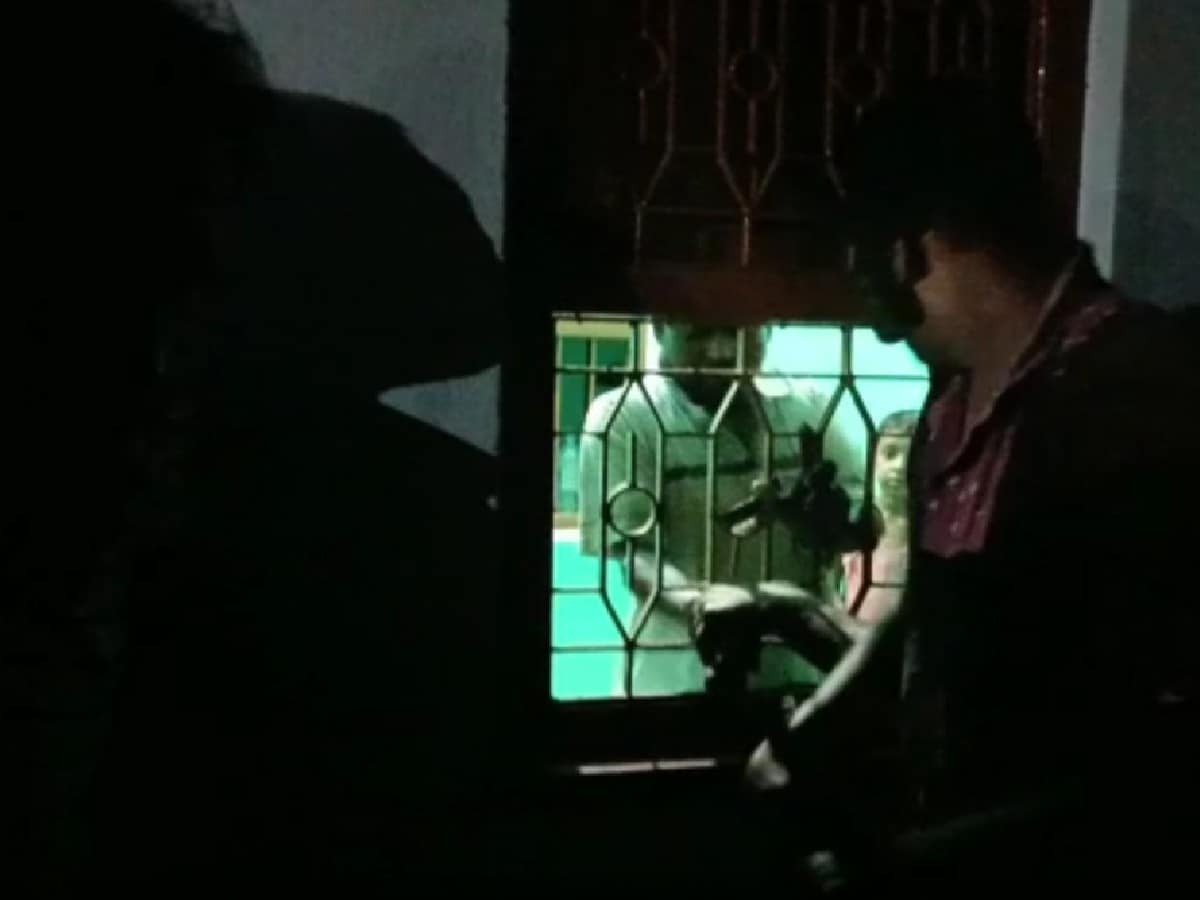 Pakur. High voltage drama happened in Littipada block of Pakur today. Here a man had locked two girls of the village, aged 6 and 8, in his room. This person had come to this house only two weeks ago as a tenant. When people came to know about the closure of missing girls in this house, everyone reached that house and started asking that person to open the door. But he did not agree to open the door under any circumstances.

This person has been identified as Adeshpal of Dharampur Project 2 School in Littipada block. This house belongs to Bharat Soren, which has been rented two weeks ago by Adeshpal Rakesh Hansda. According to the information received. Asoni Marandi (6) and Annu Soren (8) were playing on the road. In the meantime, Rakesh Hansda took both the girls to his rented house by giving biscuits and chocolates and closed the door from inside.