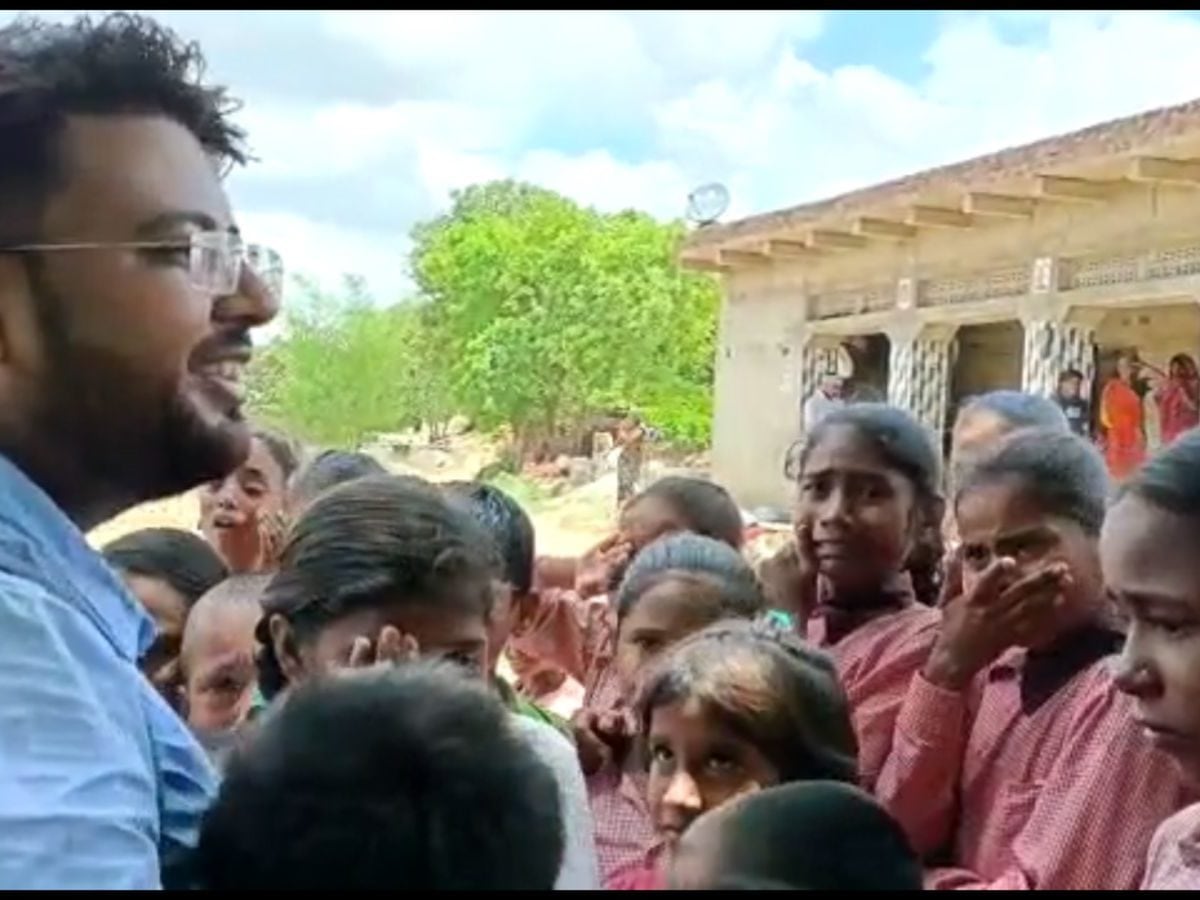 Kanpur. In the month of August, you must have seen the picture of Chandauli district, in which school children were weeping bitterly on the farewell of a teacher after being transferred to another place. This picture went viral across the country and everyone was praising this teacher for making such a relationship with the children that the children were not letting him go. News 18 Local had a special conversation with teacher Shivendra Singh Baghel and found out why the children were so attached to him. He told that he had arrived in Chandauli district during his first posting. During this, I taught them by living like a child with the children, tried to change the image of government schools. Apart from this, tried to teach them in sports. Not only this, he talked to the children in the way of a friend. Because of this, he had a special attachment with the children.

Along with this, teacher Shivendra told that the children themselves used to come from home to school and tell them about their house. At the same time, when he was transferred from Chandauli district to Hardoi, the children started crying bitterly. He also thought that he would not be able to live without children, but then he thought that this was his job and he would have to go through such situations every time.