Home India Gujarat: The newborn girl whose parents came to be buried in the... 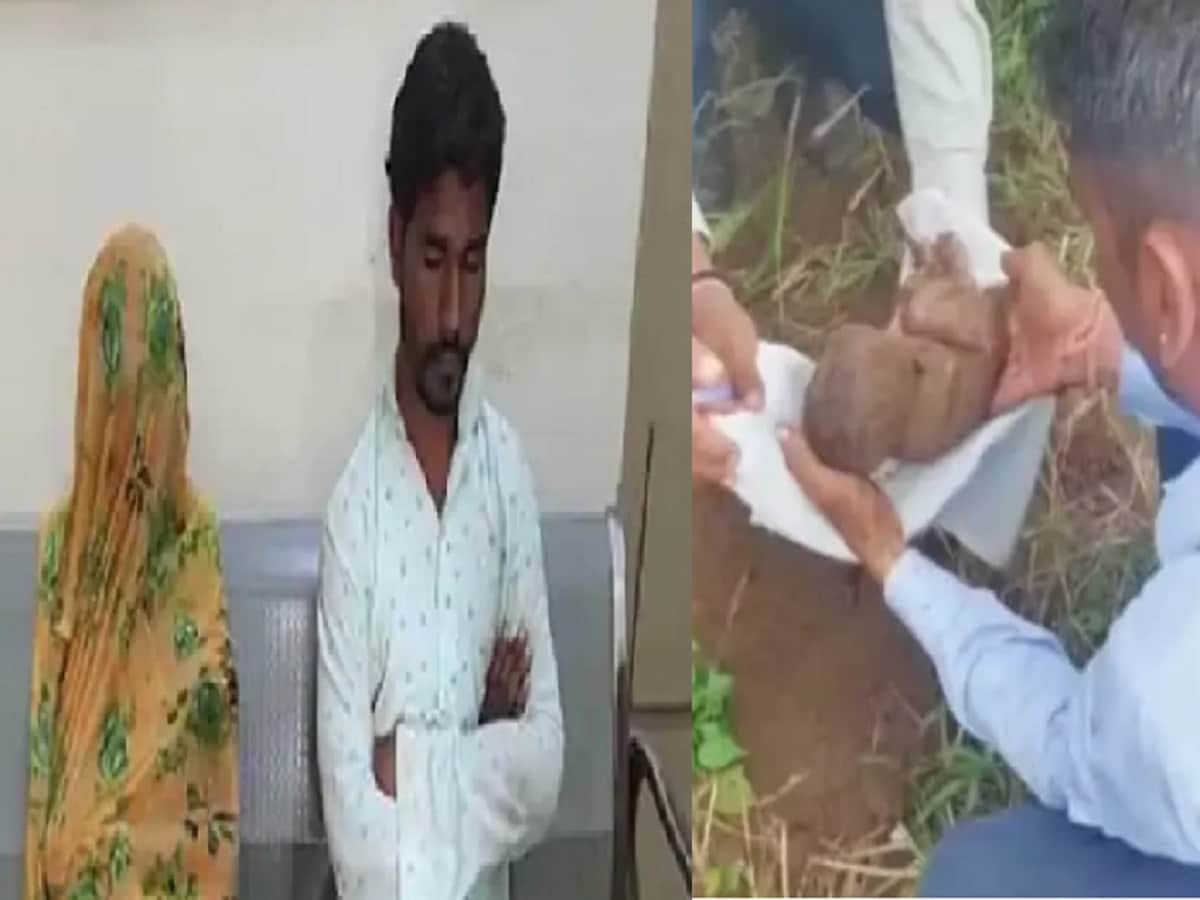 
Ahmedabad Bureau: On Thursday, a newborn baby girl buried in a field near GEB was found alive in Gambhoi of Himmatnagar in Sabarkantha district of Gujarat. The girl was alive when the local people dug the ground and pulled it out. He was taken to the nearest hospital for treatment. The parents of that newborn girl have been found. The couple has said in their submission that they had buried the surviving child in a nearby field, as they could not maintain the other child due to the financial condition of the family.

The parents have been arrested from Dangarwa village near Nandasan in Kadi taluka. Father had come to his in-laws’ house, Gambhoi for the last 15 days. The Gambhoi police arrested him and interrogated him. When a woman farmer saw something moving in the soil in Hitendra Singh’s field, she screamed and the people around started running. During the excavation there, a newborn girl buried in the ground was found alive. People immediately informed 108 services and rushed the girl to Himmatnagar Civil Hospital.

Police was informed about this. In this regard, 108 Sabarkantha supervisor Jamin Patel said that at 10 am on Thursday morning, a call was received that a newborn girl was found buried under the soil in the field near GEB in Gambhoi. So 108 ambulance reached the spot. The treatment of the girl was started in 108 ambulance and was revived by BVM. The girl was admitted to Himatnagar Civil for treatment. There he has been kept under observation.

According to the police, the parents of the newborn are originally from Gandhinagar. His mother Manjuben’s parents’ house is in Gambhoi. They had brought the newborn here. The husband and wife were in Gambhoi for the last 15 days. Three different teams of Gambhoi police started investigation and solved the matter. During interrogation, the police reached the mother of the newborn. It is being told that even the umbilical cord of the newborn was not cut. It is suspected that he was buried in the ground soon after birth.

If you are troubled by weak digestion, then eat ‘super food’ dates, health also...

If there is a complaint of high blood pressure, then keep distance from these...