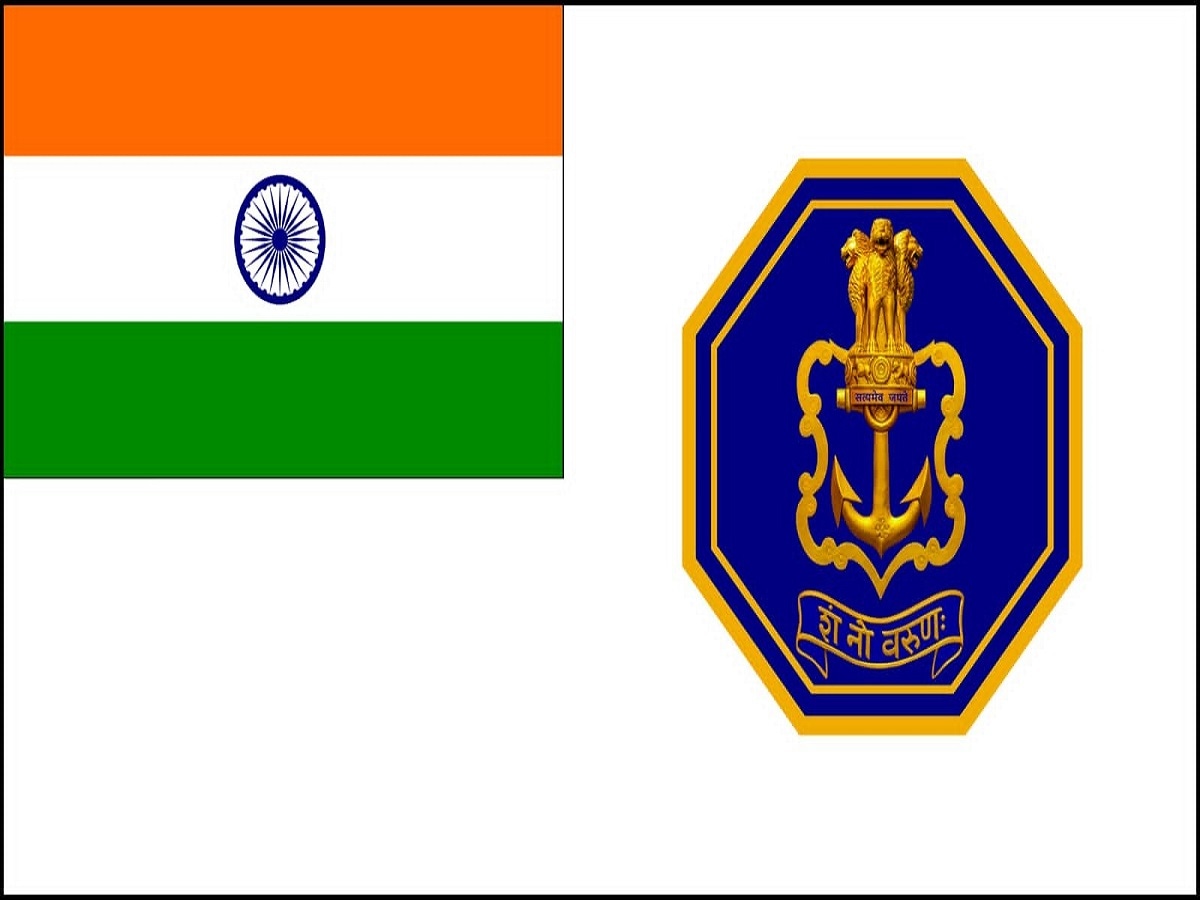 This is the fourth time since 1950 that the Navy’s flag has changed.

This flag will remove the colonial past and is in line with the rich Indian maritime heritage.

New Delhi. Prime Minister Narendra Modi today unveiled the new flag of the Navy on the occasion of the commissioning of the first indigenous aircraft carrier INS Vikrant. Thus INS Vikrant will bear the new white flag with effect from its commissioning. This is the fourth time since 1950 that the Navy’s flag has changed. The Prime Minister’s Office has already said that it will remove the colonial past and is in line with the rich Indian maritime heritage. Simply put, a Navy flag is the flag that is flown over all naval installations, including naval warships, ground stations and naval airports. Each country’s navy has its own flag. The flag of the US Navy is similar to the national flag. But many other navies have a different naval flag than the national flag.

The existing Indian Navy has its roots in the colonial period. On 2 October 1934 the name of the naval service was changed to the Royal Indian Navy, headquartered in Bombay (now Mumbai). When India became a republic in 1950, the word ‘Royal’ was dropped. The flag of the Indian Navy till this time is a white flag with horizontal and vertical red stripes. In whose upper one-fourth the tricolor is installed. However, when India became a republic in 1950, the naval flag was ‘Indianised’. At that time the flag had the Red Cross of St. George on a white background, with the Union Jack of the United Kingdom in its upper left corner with the Red Cross of St. George. Then the tricolor was replaced by the Union Jack. After this, in 2001, the Indian Navy decided to replace the St. George’s Cross and replace it with the Naval Badge. In which there was a mark of an anchor under the state emblem of Sarnath’s lion. However, in 2004, the St. George Red Cross was once again placed on the flag. Because there were complaints that the new flag was not visible properly because the blue color of the naval flag was lost in the color of the sky and sea. A change was made to the flag and the state emblem was now placed in the center of the St.George’s Cross. The design cross of the new naval flag has been completely removed.

However, India is not the only one to remove St George’s Cross from the Navy’s flag. Most Commonwealth countries had the cross of St George, the patron of England, as part of the naval flag. However, many countries have removed it to erase their colonial past. Australia, New Zealand and Canada have also removed the St.George Cross from their naval flags. Canada in 2013, Australia in 1967 and the Navy of New Zealand also removed the George Cross from its naval flag in 1968.