Home India Debris of ‘Twin Tower’ will not go waste, 30 thousand tonnes of... 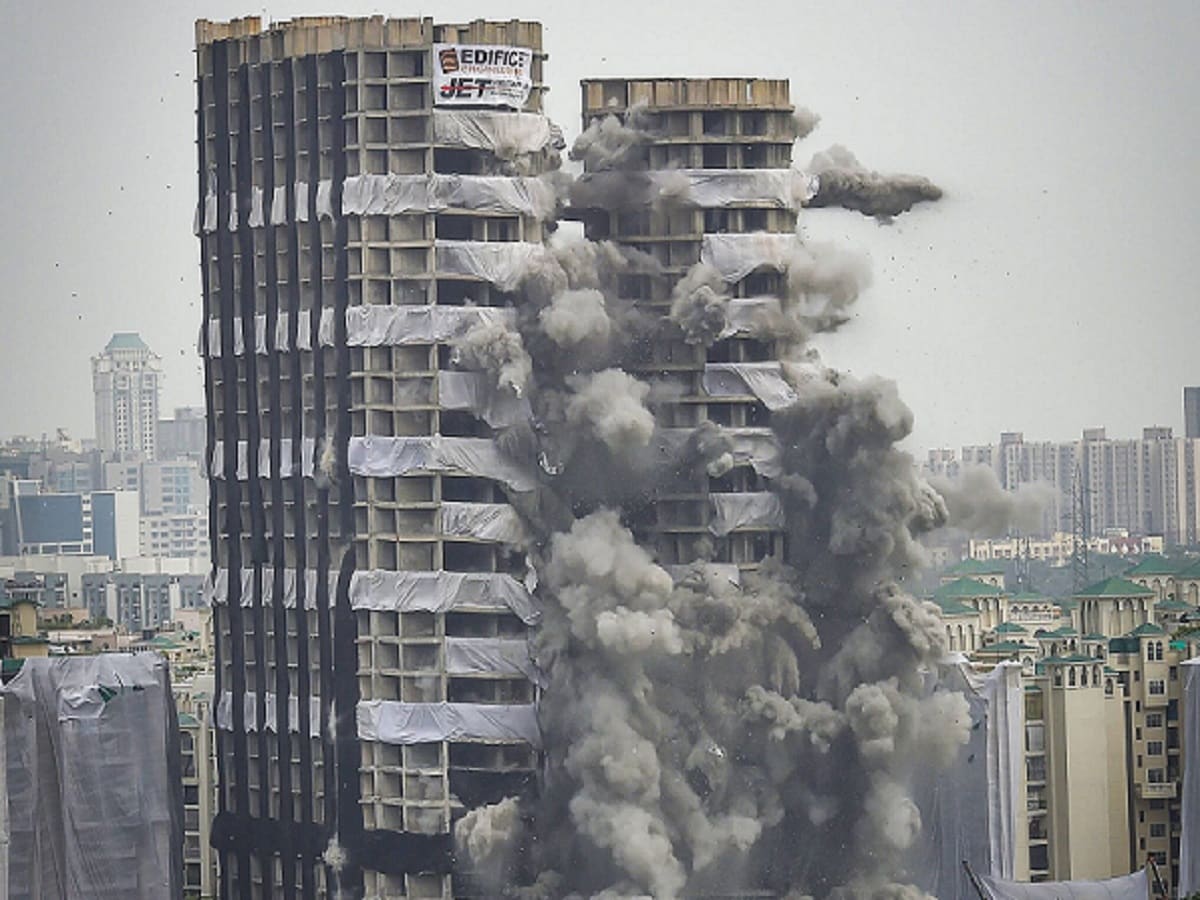 The waste will be used for new houses, public parks and other infrastructure related works.

On August 28, about 30 thousand tonnes of debris accumulated due to the collapse of Supertech Twin Tower in Noida.

Gautam Buddha Nagar: Supertech Twin Tower in Noida (Supertech Twin Tower) It has been 5 days since it fell and now there is a pile of thousands of tons of rubble. The work of removing and recycling this debris will be done by the Hyderabad-based Waste Management Company. This company says that it will use this debris in an eco-friendly manner for new homes, public parks and other social infrastructure related works.

An official of Resustainability Company told the Times of India that, on August 28, about 30,000 tonnes of debris has accumulated due to the collapse of Supertech Twin Towers in Noida. With the help of this, 18 million square feet of precast tiles will be made, which can cover about 300 football fields.

Thirty thousand tons of debris will be removed in 3 months

He said that while the twin tower collapsed in just 10 seconds, it would take about three months to remove the 30,000 tonnes of debris caused by it. CEO of the company Our aim is to make 100% recycling of the waste debris of Twin Tower so that the resource involved in it can be fully utilized.

Let us tell you that on August 28, the Supertech Twin Tower in Noida was demolished after the order of the Supreme Court. In this skyscraper, the people around were asked to go away. But some of the people who returned home have complained of burning in the eyes and difficulty in breathing. In fact, the dust created by the fall of such a tower was said to be responsible. Therefore, it has become necessary to dispose of the debris of the Twin Towers at the earliest. On the other hand, RK Arora, Managing Director, Supertech said that, we have returned money to 95 percent home buyers of Twin Towers. We are giving property to the remaining 5 percent people or returning the money with interest.