New Delhi. southwest monsoon gloom going to prove fatal. Its effect is beginning to be seen in the ups and downs of the weather. Many states of the country are surrounded by floods. At the same time, the threat of drought has started being heard in many places. In the midst of all this Kharif Season agricultural cycle has been affected. The low sowing of Kharif crops is a matter of concern. The Indian government is also worried. The latest figures from the Ministry of Agriculture are proof of this. Last week, the ministry released the data in this regard. According to this, less rainfall has reduced the area under paddy in 15 states. At the same time, there are 12 states where sowing has been done well. So far in the current Kharif season paddy area 5.62 percent has decreased. In simple language, this year the cultivation of paddy has decreased in the country. Paddy could not be sown due to less rainfall in about 21 lakh hectares as compared to last year.

Ministry of Agriculture According to this, the area under paddy in Kharif season this year has been 383.99 lakh hectare. Paddy was sown in 406.89 lakh hectare in the same period a year ago. Let us tell you that paddy is the main Kharif crop. It is sown from June with the onset of south-west monsoon. The area under paddy has decreased in many states of the country. More in half a dozen states, there has been a slight decrease in many others. According to the Ministry of Agriculture, in Bihar-Jharkhand, Madhya Pradesh-Chhattisgarh, Uttar Pradesh and West Bengal less rain Because of this it happened. In Bihar, 2.18 lakh hectares and in Jharkhand 9.80 lakh hectares decreased. It is 6.32 lakh hectare in MP and 3.91 lakh in Chhattisgarh. In terms of population, 2.61 lakh hectare area has decreased in UP, the largest state. Whereas in West Bengal a shortfall of 4.45 lakh hectares has been registered. The Agriculture Ministry has also mentioned about the decrease in paddy area in many other states. In this Kharif season, let’s have a look at the data of paddy, pulses and oilseed crops as well as cash crops. Concern increased due to reduction in acreage in these states.

In Odisha, Andhra Pradesh, Assam, Tripura, Punjab, Mizoram, Sikkim, Meghalaya and Jammu and Kashmir, paddy sowing has declined. Last year in these states where paddy was sown in 135.46 lakh hectares, this year it has come down to 129.55 lakh hectares. 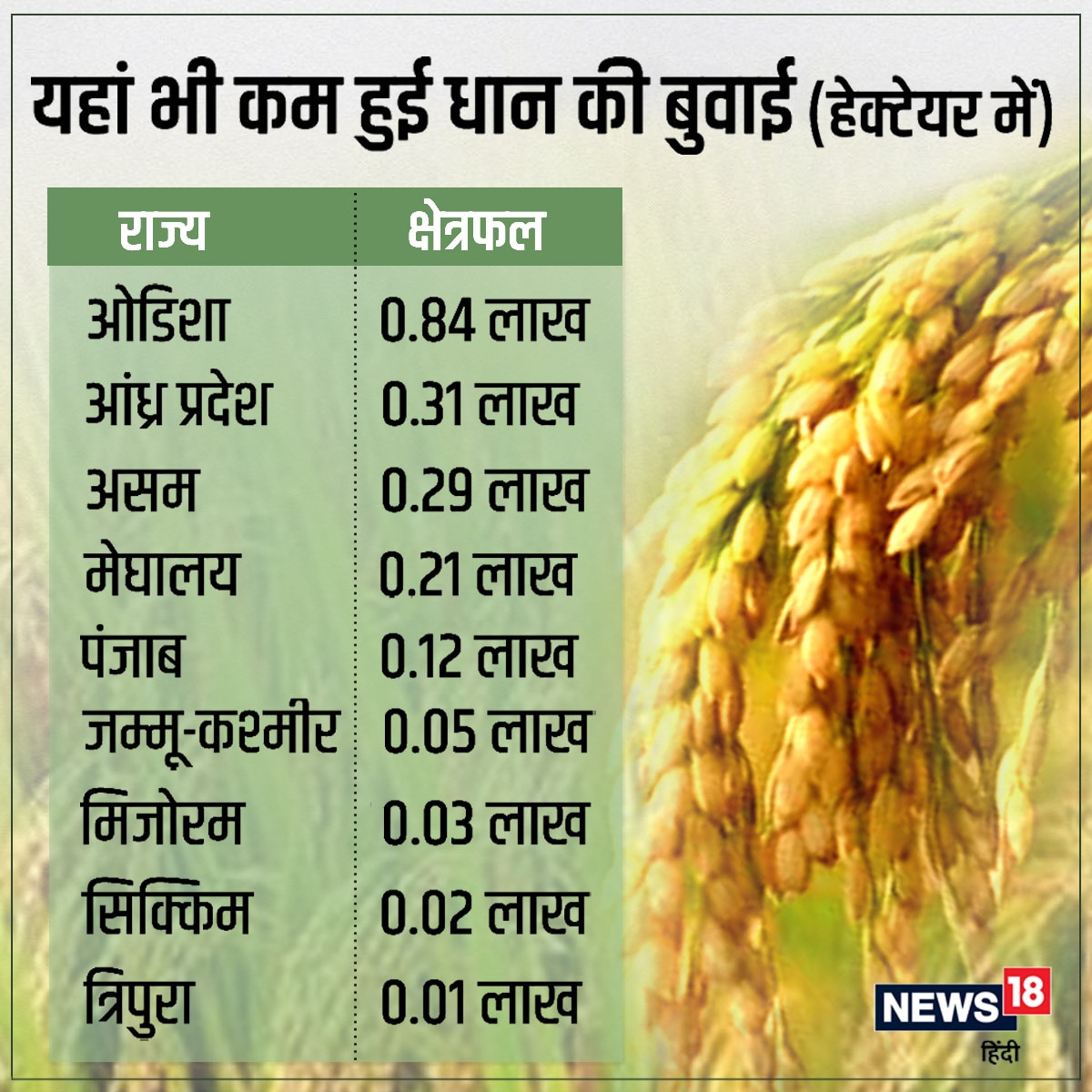 The sowing of paddy was also reduced in 9 states.

In 15 states of the country, where the area under paddy has decreased in this Kharif season, there are 12 states where sowing has been good. States like Telangana, Gujarat, Maharashtra, Karnataka and Rajasthan are likely to have a good paddy crop. In a dozen states, marginally, there has been an increase in the area under paddy. 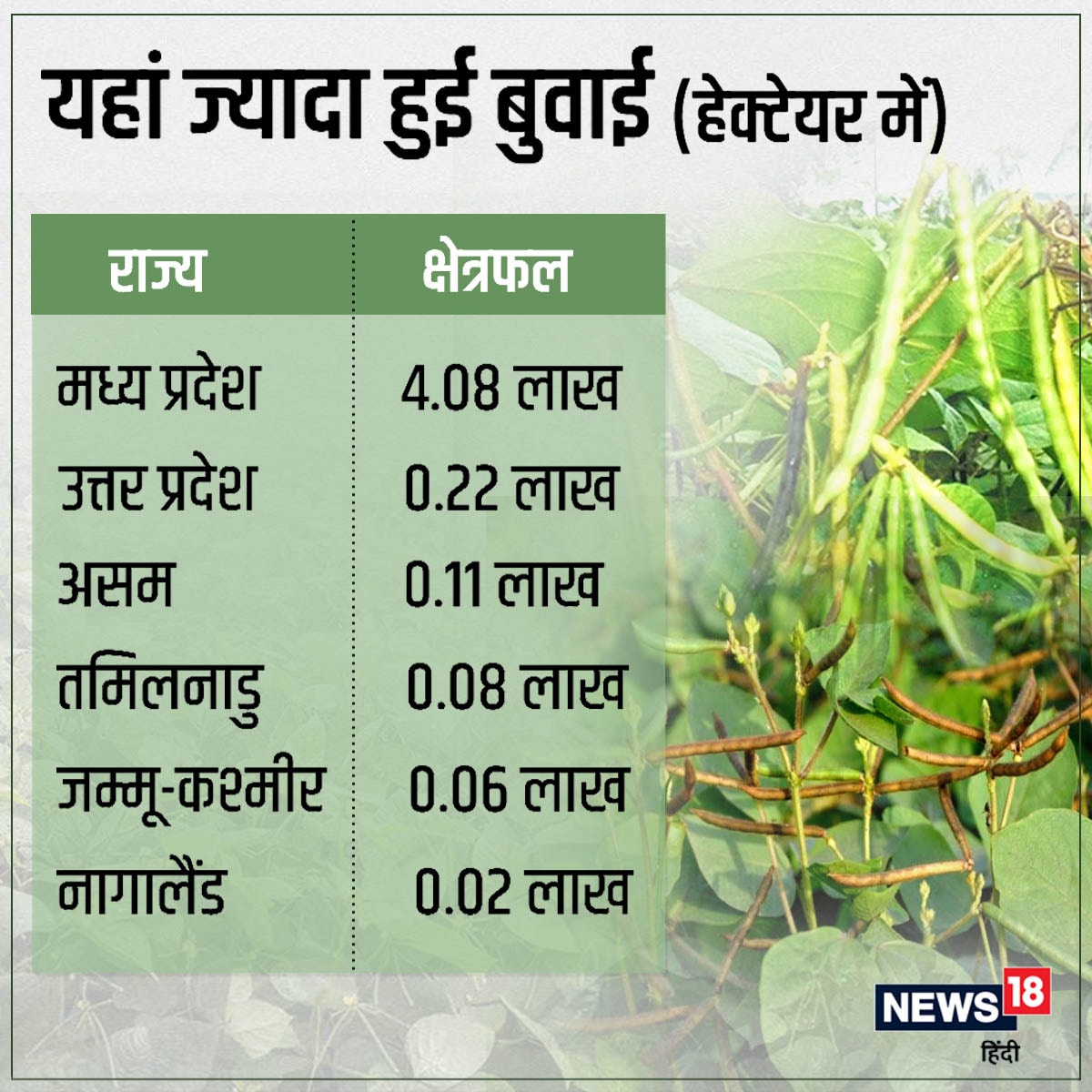 The area under pulses has also decreased.

Considering the reduction in the area under pulses crops, so far this Kharif season has affected 14 states with less rainfall. These include states like Maharashtra, Telangana, Gujarat, Andhra Pradesh and Bihar. 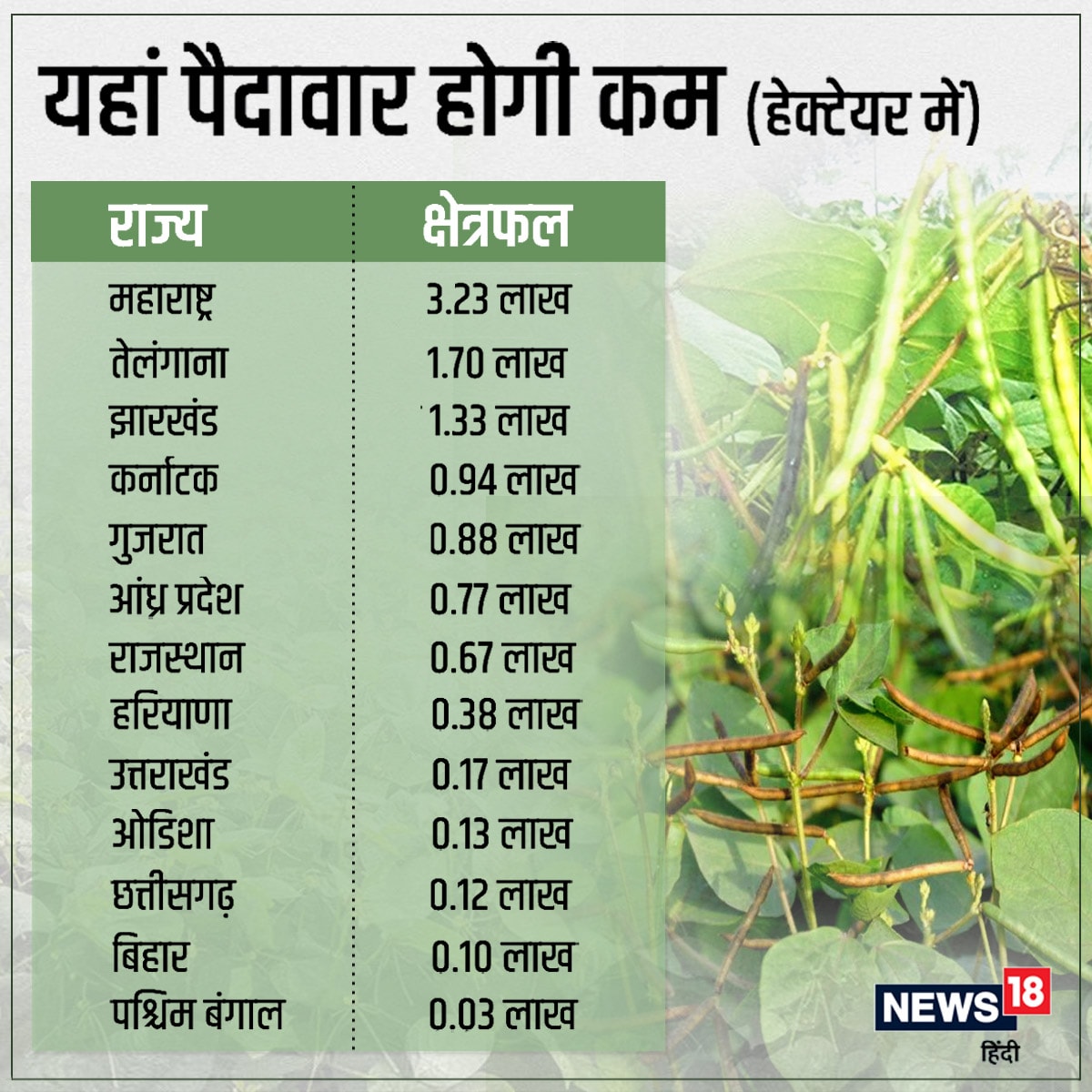 Have a look at the report of pulse crops. There has been an increase in the area under cash crops. (With PTI input/all data based on agriculture ministry report)