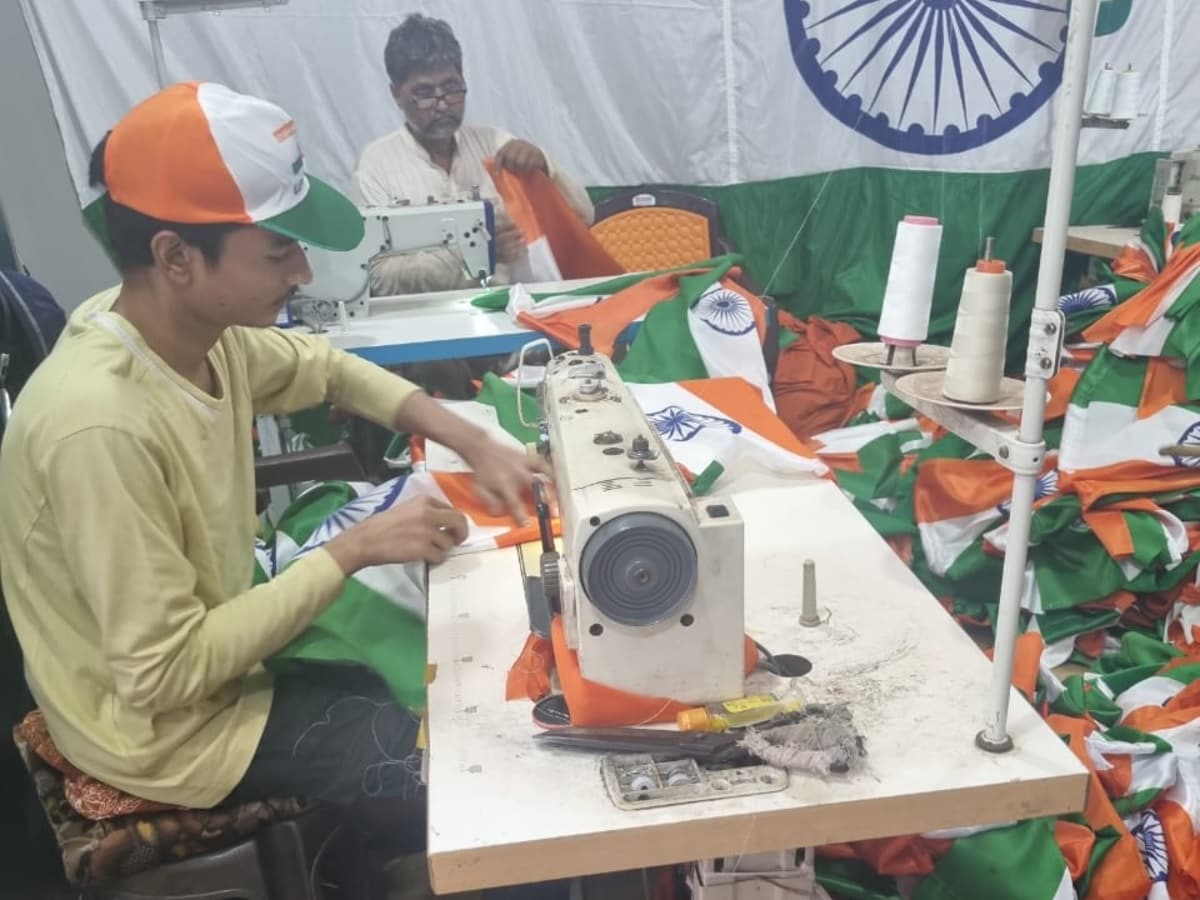 
New Delhi. There is a lot of enthusiasm among the people about the way Prime Minister Narendra Modi has started the Tricolor campaign under the Amrit Mahotsav to mark the 75th anniversary of independence. Due to this, Ghaffar Bhai Jhandewala, who manufactures the tricolors in Sadar Bazar, Delhi, is working day and night to make it. Ghaffar Bhai, who has worked as a flag maker for 60 years, says that due to the Tricolor campaign at Har Ghar, the demand has increased by 100 percent compared to the previous years. Thousand to 1200 artisans are working day and night to accomplish this.

1.5 lakh tricolors being made every day
He told that more than one and a half lakh tricolors are being prepared every day. Ghaffar Bhai says that we have Hindu Muslim artisans of all religions who are making tricolor because tricolor is the pride of our country and we are Indians and we are very happy that in every house tricolor scheme we have to make the dream of Prime Minister Narendra Modi come true. Getting a chance. He said that the demand has increased so much that it is becoming difficult to fulfill it. People’s orders are coming continuously and we are trying our best to fulfill everyone’s orders. This time the target is to make more than one crore tricolors.

He told that for the last 60 years, we have been working to make tricolor, but I have never seen the demand that has increased this time due to the Tricolor campaign at Har Ghar. He told that tricolors are supplied from here all over the country and the goods are coming expensive from behind, due to which the cost of making tricolor is also increasing. All types of tricolors are prepared here, small and big tables are placed on the hand-tying bands, but the 20×30 size is the most in demand.

unemployed getting employment
Ghaffar Bhai Jhandewala told that the way the demand for the tricolor has increased, the artisans have to increase for that the work is big and due to this, those who did not have work, they are getting employment, their livelihood is going on. Ghaffar Bhai Jhande Wale told that he has the oldest unit in Sadar Bazar of Delhi, along with it he also has a unit in Yamunapar and his tricolors are being supplied across the country from the capital of the country, Delhi. Every type of demand is coming here. The highest demand is from Uttar Pradesh, followed by Assam, Orissa, Punjab, Rajasthan and Madhya Pradesh.

Eating Parwal in monsoon will keep many diseases away, you will also get these...

Muesli is effective in reducing weight, also gives relief from many diseases