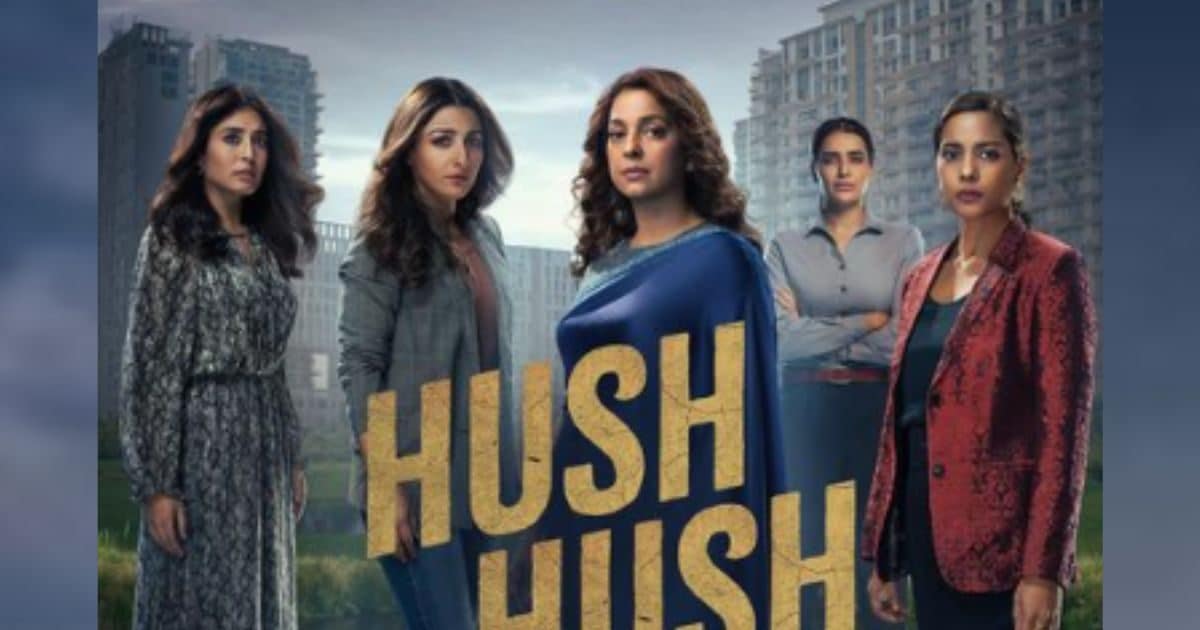 
Amazon Prime Video has mastered one thing, that is to make the best web series on Hindustani stories. Be it Mirzapur or Paatal Lok, these web series have been made so beautifully that the viewers watch them again and again. Their short clips also go viral, their memes are made and they also become very popular. In this episode, he has now released another wonderful web series “Hush Hush” i.e. secretly, secretly, without making any noise. You may not get to see the noise of this web series anywhere except Amazon Prime Video, but if you miss watching this web series or do not like to watch it, then it will be counted among your big mistakes of this year. Excellent starcast, good and tight story, very effective direction, attention to trivial details and ending in a climax where the next season is not only expected but awaited. Hush Hush is a web series whose theme is only for adults but still avoiding obscenity, nonsensical abuse, squid kind of violence, a web of human relations has been created in which you are trapped by moving slowly. Will go Be sure to watch, watch the whole on the weekend.

Hush Hush is the story of two girls, Ishi (who would later become Juhi Chawla) and her adopted and accepted younger sister Meera (who would later become Ayesha Jhulka), who grew up in a girls’ orphanage. When it comes to adoption, Ishi sends Meera in her place but the person who adopts Meera physically abuses her. Years later, Ishi becomes a very dangerous, fast-paced, ambitious PR consultant in Delhi who keeps on getting projects passed for her clients, luring ministers and officials with money. Meera and her husband Satish are in debt because of their sick son and get a notice to vacate their orphanage and house. In such a situation, Ishi, with the help of one of her acquaintances, Vinayak, gets them a free house and a building for the orphanage. Ishi’s speed is fast, she gives crores and billions of profits to big people and industrialists and becomes very rich herself. Suddenly many cases are registered on Ishi and she has to run away from the country overnight but before she can escape, she comes to know about a secret and she commits suicide out of guilt. No one understands why he committed suicide. Nor should his Chandal quartet friends Zaira (Shahana Goswami), Saiba (Soha Ali Khan), and Dolly (Kritika Kamra). The responsibility of investigating his suicide is given to Police Inspector Geeta (Karishma Tanna in the amazing role). There are many layers to this case swinging between murder and suicide. Does the case get resolved, does the real crime come to the fore, is everything clearly visible or is there someone else who is playing all the tricks behind the scenes? If you want to know this, then definitely watch Hush Hush on Amazon Prime Video.

The writers include Shikha Sharma, who is the producer but the main writer of this web series. and Ashish Mehta. Experienced writers like Juhi Chaturvedi have written its dialogues. The executive producer of the series is Tanuja Chandra who has returned to the screen after a long time. Tanuja has made women-oriented films like Sangharsh, Dushman, Sur, Qarib Qarib Singal. There are amazing successful people in Tanuja’s family. His mother Kamna is a noted writer and has written films like Prem Rog, 1942 A Love Story, Chandni and Qarib. Tanuja’s brother Vikram Chandra (not NDTV’s journalist) is also a noted author and one of his epics, “Sacred Games”, has become a highly successful Netflix show. Tanuja’s sister is film critic Anupama Chopra who is married to director Vidhu Vinod Chopra. The female characters of Tanuja’s films are very thoughtful, their characters have many layers, and the events in the life of these characters are real rather than dramatic. In Hush Hush, Tanuja’s impression is in almost every character and the interesting thing is that the male characters in this series come for a short time but they do wonders in taking the story forward.

Juhi had an important role in Rishi Kapoor’s last film Sharmaji Namkeen and in Hush Hush, she has become the central character of the story. The character of Juhi, who works as a lobbyist behind the scenes of a PR agency, has been created with great care. It is also good to see Juhi’s acting that she is acting at least in some places without smiling. She has Shahana Goswami in her circle of friends who plays a dress designer. Others have family but I have my career as the talker, Shahana is a settled character in this series. Soha Ali Khan, who lived a quiet life with her husband and children, was formerly a brave journalist, troubled by the dangers of her life. Juhi’s third friend, Kritika Kamra, is the daughter-in-law of a wealthy household whose mother-in-law is sitting on her freedom with her kundli. All the three have played their characters well because one role, one dialogue has been written with great understanding. You do not see a single scene as unnecessary, but somewhere you expect that this scene should have been written bigger so that you can see more. Baazi Lekin Maari Hai Karishma Tanna who plays the role of Inspector Geeta Talehan. Karishma Tanna is different from all the roles she has done so far. Her image so far has been that of a low-witted, insipid, model, but after hush hush, she will be forced to believe that it is the director’s job to get the actress fired. Karishma Tanna is the pivot of the entire series. Thanks to him for his role in this series, his acting and his underplay. The entire series can be seen only for their work. Vibha Chhibber has become Karishma’s boss and ACP but she is an amazing actress anyway. Ayesha Julka has also looked fine. Despite being Tanuja’s series, the characters of Nitish Kapoor (Kamya’s husband), Rajesh Aggarwal (Ayesha Julka’s husband), Gaurav Dwivedi (Vinayak Sethi), Pankaj Singh Tiwari (Advait) and Benjamin Geelani turn the steering wheel of the entire story. Responsible for living.

Along with Tanuja Chandra, Kopal Naithani and Ashish Pandey have also tried to direct some episodes and sequences. The team of writers and directors have created some beautiful scenes, which will be better for the audience to see and feel than to write about them. When Shahana and Kritika reach the hospital after the attack on Soha’s husband, the whole scene after that is better than best. Shahana’s fashion show is a wonderful tribute to her late friend. Every character seems to be true, that is, there are such characters, we have seen. No film is stupid. It is the story of the high society of Gurugram but no character is seen pretending to be rich. Everything is left for the audience to understand for themselves. When you as a writer or director don’t take the audience as a fool, your chances of success increase. Both Tanuja and other directors have represented a lot through the visual composition, art direction, sets and interaction between the actors and what a lot they have done. After a long time, a series came in which I felt like sitting and watching all the episodes at once, and then felt like watching some scenes again and again.

Hush Hush is neither tepid like Mirzapur nor indulges in mind games like Paatallok, nor is based on the politics within a mystical world like Inside Edge. Hush Hush is perfect in itself. This is a universal story. It has nothing to do with time and time. You will not feel incomplete in any of its scenes. Chandan Arora has to be praised that his editing is so fine that just when the scene is resolved, one gets breathless and the hope of a new thrill or a new feeling starts when it is faded in. Chandan also edited the web series Escape Live and the film Kat-Putli for Disney + Hotstar. His years of experience can be seen here. Such a big cast, such a great story and even a single scene seems unnecessary, then it is the editor’s fault. Sandalwood is perfect. The color palette with which cinematographer Shaaz Mohammad has shot Gurugram’s elite families, and their homes, proves that Shaaz is a long race horse. Wonderful work.

After a long time, the viewer is inclined to solve the murder mystery because it seems that the evidence is visible but the reality is something else. Hush hush holds the dam. moves at a slow pace. But nothing seems to bother. No one character can dominate the plot. Karishma Tanna’s character is the strongest and most effective but her screen time is less. A little scissors could have been used in Soha’s character but her presence is not a problem, so we can leave it. The role of the second season has been made into the climax. There is also a surprise entry here. Hush Hush is a web series created using intelligence. You will see it sipping comfortably, like hot tea.

‘Combustion: Rakan’s Mystery’ Could Have Been Finished in Two or Three Episodes

Chup Movie Review: I have a problem with the climax of this Dulquer Salmaan-Shreya Dhanwantri film…

Outdoor activities are becoming a part of the school campus for children, getting a...

‘Coffin chair’ for the office made in the UK Beware those who work for...

Pumpkin seeds are beneficial for weight loss to fertility, know how to use it

A UN investigative team will visit Ukraine to investigate the mass...