Home Cricket ZIM vs BAN: Bangladesh battered in front of Sikandar, won after 19... 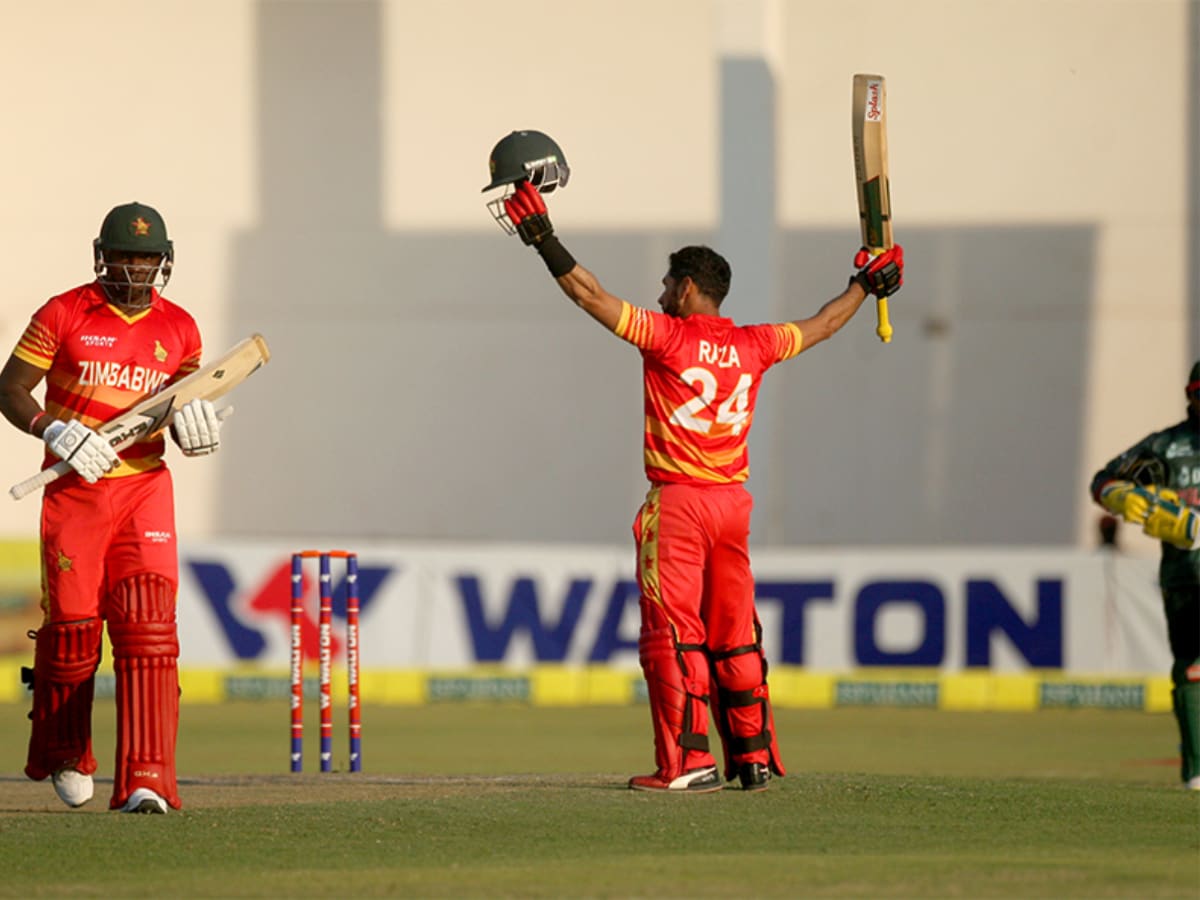 
Harare. Sikandar Raza and Innocent Kaia made a century partnership for the fourth wicket. Not only this, both the batsmen also scored brilliant centuries. Zimbabwe achieved a huge target of 304 runs in the first ODI on the basis of the explosive innings of both. Bangladesh had made a struggling score of 303 runs for 2 wickets while playing first. Liton Das scored the highest 81 runs. In reply, hosts Zimbabwe achieved the target for 5 wickets in 48.2 overs. In this way, the team has taken a 1-0 lead in the 3-match series. The team got its first win after losing 19 consecutive ODI matches against Bangladesh.

Zimbabwe started chasing the target was not good. The team lost 3 wickets for 62 runs. After this, number-3 Insanant and Sikandar Raza made a big partnership of 192 runs for the fourth wicket. Innocent was dismissed after scoring 110 off 122 balls. Hit 11 fours and 2 sixes. On the other hand, Sikandar Raza remained unbeaten on 135 off 109 balls. Hit 8 fours and 6 sixes. Sikandar was also adjudged player of the match.

4 fifties wereted
Earlier, 4 players played an innings of more than 50 runs from Bangladesh. Liton Das scored 81 runs off 89 balls. But he retired hurt. Hit 9 fours and a six. Apart from this, captain Tamim Iqbal made 62, Enamul Haque 73 and Mushfiqur Rahim scored an unbeaten 52 off 49 balls. At the same time, Mahmudullah was also not out after scoring 20 runs in 12 balls. Off-spinner Sikandar Raza also took a wicket for Zimbabwe. The team tried 8 bowlers.

IND vs WI: Team India’s batsmen have also exploded in America, but bowlers…

Tamim completed 8 thousand runs
With this, Tamim Iqbal has also completed 8000 runs in ODI cricket. He became the first Bangladesh player to do so. No other batsman has even been able to touch the figure of 7 thousand. Tamim has scored 8005 runs in 227 innings of 229 matches at an average of 37. Has scored 14 centuries and 54 half-centuries. Best innings of 158 runs. Shakib Al Hasan is second in terms of runs. He has scored 6755 runs in 221 matches. Has scored 9 centuries and 50 half-centuries.

There are 4 benefits of eating purple potatoes, know the right way to make...

Good news for customers! Cheap Chinese smartphones will not be banned in India, claims new report