Home Cricket ‘You are the fixer, you will be the fixer’… 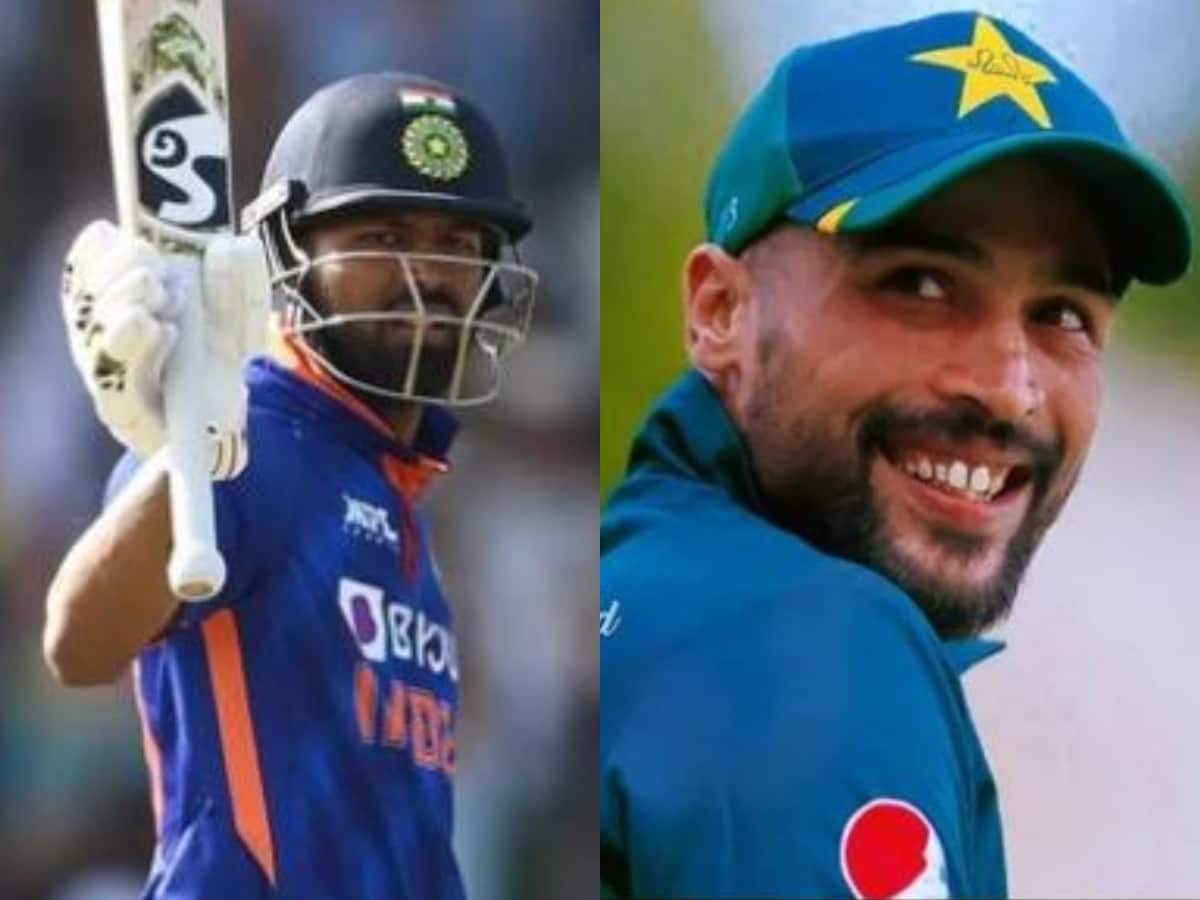 Hardik Pandya took 3 wickets in the match against Pakistan

Hardik Pandya scored an unbeaten 33 off 17 balls against Pakistan

New Delhi. Former Pakistan cricket team fast bowler Mohammad Amir is being heavily criticized in his own country at this time. This is because Aamir has praised Indian cricket team’s experienced all-rounder Hardik Pandya fiercely on social media. Hardik Pandya gave Team India a thumping victory by performing all-round against Pakistan in his first match of the Asia Cup 2022. This performance of Hardik was highly appreciated by the veterans. Since IPL 2022, Hardik Pandya is consistently performing well for Team India.

28-year-old Hardik Pandya shared two photos on his official Twitter handle after the spectacular victory against Pakistan. The first photo was taken during the 2018 Asia Cup, when the injured Pandya is going off the ground with the help of a stretcher, while the second photo was of the match against Pakistan in which he is seen waving the bat in the air after hitting the winning six. India won both the matches. On Pandya’s photo, Mohammad Amir wrote, ‘Well done brother.’ After this Pakistani fans got furious. One user wrote, ‘Your deen Iman, really not.’ Also read: Expression of love in beautiful litigants… New Zealand’s star cricketer proposed to girlfriend by sitting on his knee

Virat Kohli working hard before the match against Hong Kong, creating panic in the opposition camp by sharing pictures 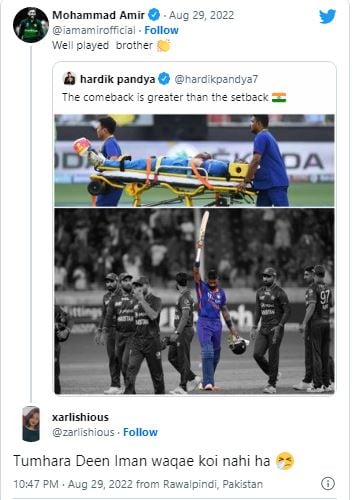 Another user wrote, ‘If you had done a tweet for Naseem Shah, death would not have come. You are a fixer and will remain a fixer. The Indian team will take on Hong Kong on Wednesday (August 31) in their second match of the Asia Cup, while Pakistan’s team will play against Hong Kong on September 2. India are at the top of the Group A points table with two points with one win, while Pakistan’s team is still waiting for their first win. Afghanistan have qualified for Super 4 by winning both their matches from Group B. 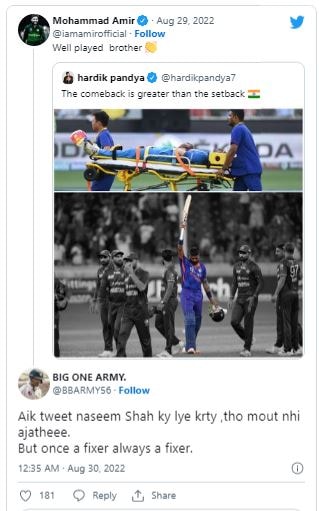 Pakistan had set a target of 148 runs in front of India in the first match. Team India registered a spectacular victory by 5 wickets with 2 balls to spare. For India, Hardik Pandya performed brilliantly in the first bowling, after that he also made a splash in the batting. Pandya, after taking three wickets for 25 runs in 4 overs, played an unbeaten 33 off 17 balls and gave Team India a thrilling victory. He was declared man of the match.