Home Cricket VIDEO: Rishabh Pant made a small fan’s day as soon as he... 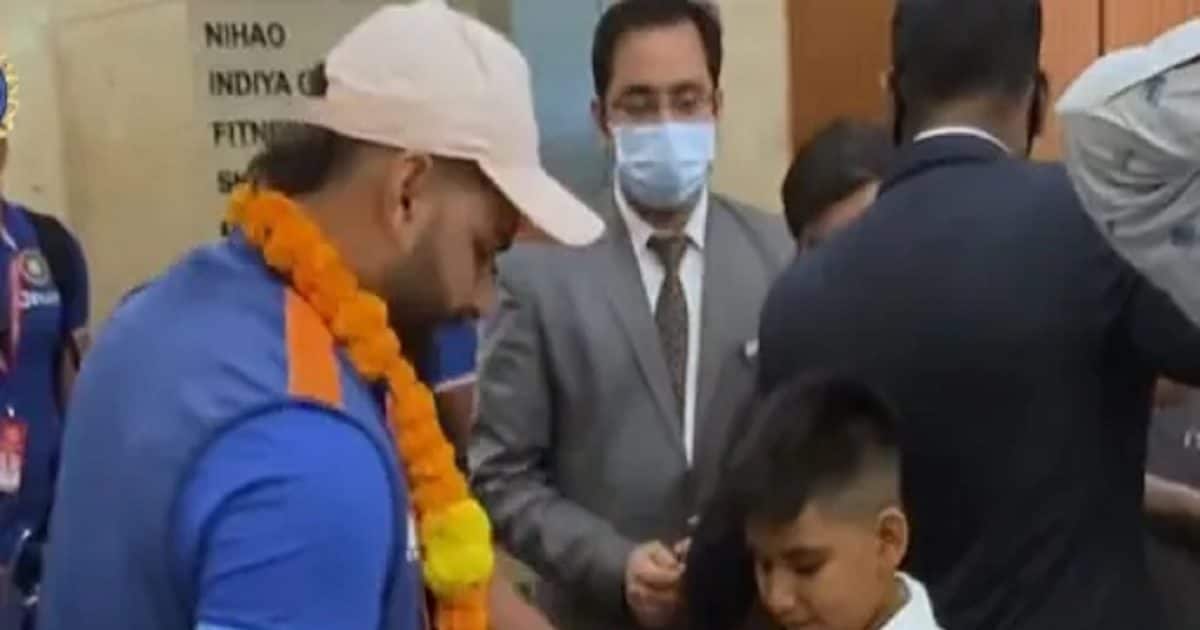 
New Delhi. After losing the first T20 match against Australia in Mohali, Rohit Sharma-led team India would like to make a comeback in the next match on Friday (23 September). The ‘Men in Blue’ reached Nagpur on Wednesday, where the second match of the three-match series is to be played. Wicketkeeper-batsman Rishabh Pant made a young fan’s day as soon as he reached Nagpur.

The BCCI shared a video on its official Twitter handle, in which members of the Indian team can be seen arriving at the Nagpur airport. People gathered in large numbers at the airport as well as the team hotel to catch a glimpse of their favorite stars. While Virat Kohli shook hands towards the fans present at the airport, wicketkeeper-batsman Rishabh Pant made his day by autographing a younger fan.

The game in which he won gold at the age of 14… In 24 years, the world champion lost his life in the same practice.

Let us tell you that the second match against Australia is going to be ‘do or die’ for the host team. If Team India will win this match, only then will there be hope of winning the series. If India loses this match, then Australia will take an unassailable lead in the 3-match series.

Earlier on Tuesday, Australia showed a great game and defeated India by 4 wickets. With Mohali winning the T20, Australia took a 1-0 lead in the series. Superb fifties from Hardik Pandya and KL Rahul as well as a brilliant innings from Suryakumar Yadav took India to 208/6 in 20 overs. India had lost the wickets of Rohit and Kohli within the first six overs. After this, Hardik (71 not out on 30), KL Rahul (55 off 35) and Suryakumar (46 off 25) showed a great game.

Australia’s medium pacer Nathan Ellis took 3 wickets for 30 runs. Chasing a big target, Cameron Green played a brilliant innings of 61 runs. India tried to come back with four wickets in the 11th and 15th overs, but in the end Australia needed 40 runs in 18 balls.

Then Matthew Wade played an aggressive innings of 45 not out in 21 balls. Australia achieved the target in 19.2 overs with 4 wickets in hand.

IND vs AUS: After the defeat, the selectors worried about the Indian bowling, will talk to the management

Tired of feeling hungry all the time? Know the reason

Bihar: There is no option of NOTA in the municipal elections,...

to forget! Is it normal or serious illness, AIIMS doctor...