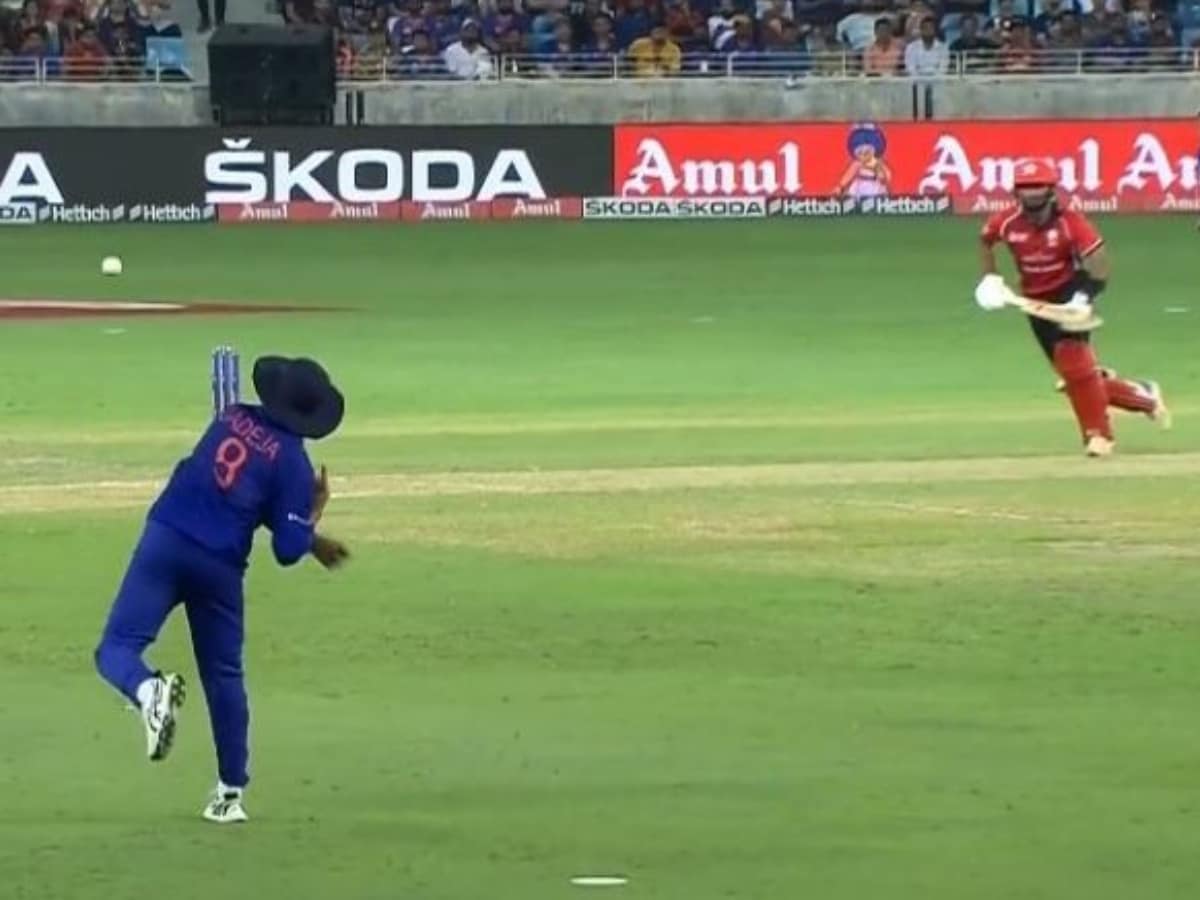 New Delhi. Indian cricket team’s experienced all-rounder Ravindra Jadeja sent Hong Kong’s captain Nizakat Khan to the pavilion by showing agility like a cheetah in the match against Hong Kong under the Asia Cup. Team India got this wicket on a free hit ball. Nizakat got out after scoring 10 runs off 12 balls with the help of a four. Team India took two wickets for 51 runs in the first six overs of Hong Kong.

Nizakat Khan was run out on the last ball of the sixth over of Hong Kong’s innings. On the back off length ball of pacer Arshdeep Singh, Nizakat stepped back and played a shot. He pushed the ball towards backward point, where Ravindra Jadeja was fielding. Jadeja quickly picked up the ball and threw it towards the wicket. At that time Nizakat had left the crease to steal the single. By the time he returned to the crease, Jadeja had blown off the stumps with his accurate throw.

Also read: 10 Records Of T20 Cricket Which Are Not Hard To Break… Not Impossible, A Bowler Has Thrown All Four Over Maidens

Why Gautam Gambhir got angry when Rishabh Pant was included in the playing XI in place of Hardik Pandya? understand


Suryakumar and Virat Kohli added 98 not out for the third wicket
Earlier, India scored a huge total of 192 for two against Hong Kong in the Asia Cup T20 cricket match with half-centuries from Suryakumar Yadav (68 not out) and Virat Kohli (59 not out). The duo put on an unbeaten 98-run partnership for the third wicket in which Suryakumar batted very aggressively, hitting six sixes and as many fours in 26 balls, which made Kohli’s half-century fade.

Rohit Sharma completes 12 thousand runs in international cricket
Kohli scored a half-century after a long time. After scoring 35 runs against Pakistan, he hit one four and three sixes in 44 balls during his innings on Wednesday. In the final over, Suryakumar hit four lofty sixes in five balls off Haroon Arshad as he completed his half-century in just 22 balls. India added 26 runs in this 20th over.

India had a slow start in which KL Rahul (36) and captain Rohit Sharma (21) could not play big innings. Rahul, returning from injury, was expected to score well but took 39 balls for 36 runs. He hit two sixes out of which one was on a free hit. Captain Rohit was also dismissed in 13 balls with two fours and a six, he was dismissed by Ayush Shukla. Rohit also completed 12,000 runs as an opener in international cricket during this period.