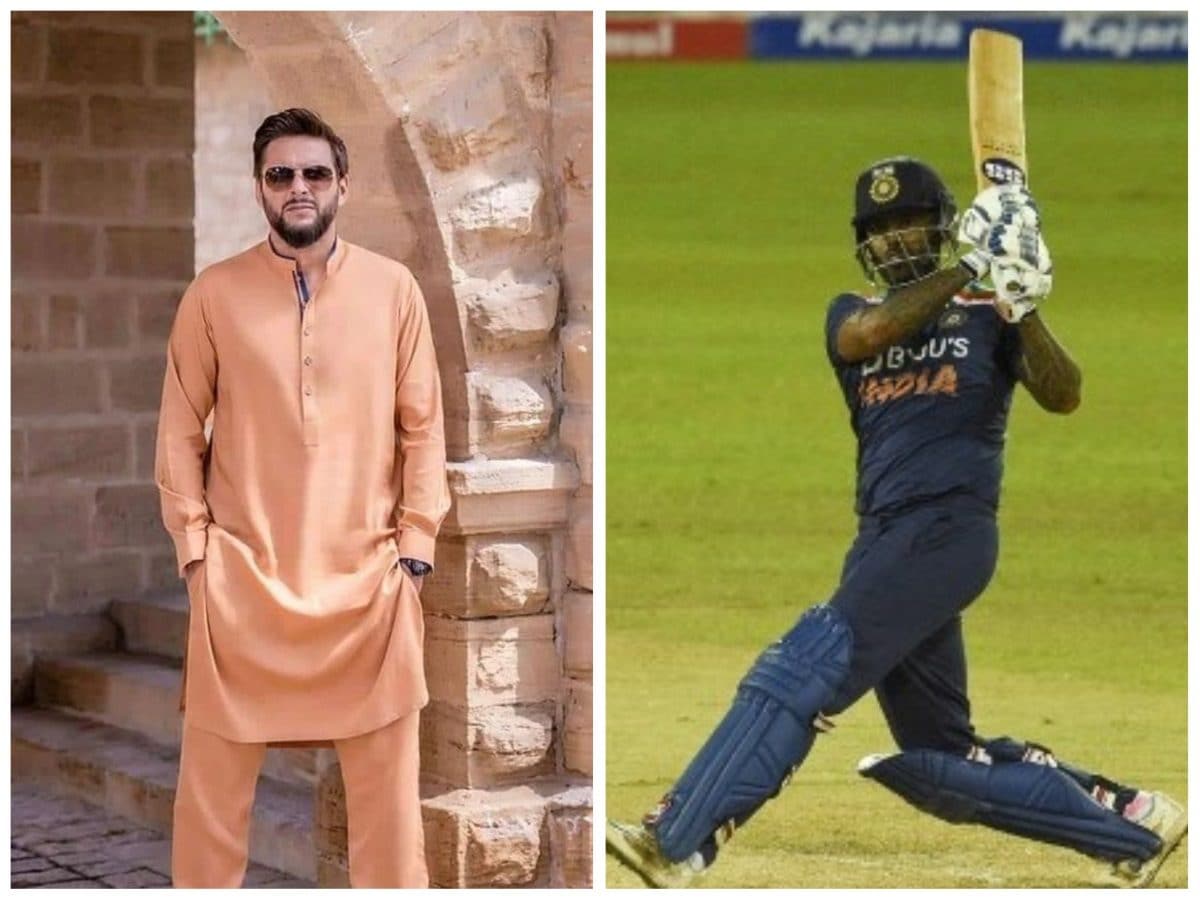 
New Delhi. Suryakumar Yadav played a fireworks innings against Hong Kong in the Asia Cup 2022. He played an unbeaten 68 off 26 balls with 6 fours and 6 sixes. Seeing this quick style of Surya, former Indian captain Virat Kohli also bowed down and saluted him. Former cricket legends and experts of the country are not tired of praising Suryakumar. Now the name of a Pakistani cricketer has also been added to this list. Former Pakistani captain Shahid Afridi has become a fan of Suryakumar Yadav’s batting.

Former Pakistani captain and star all-rounder Shahid Afridi has praised Suryakumar Yadav fiercely. He said that he sat down to watch Virat Kohli’s batting, but was taken aback by Suriya’s breathtaking performance of stroke play. Talking about the India vs Hong Kong match on Sama TV, Afridi said, “Yes, I had seen, which I got a little time. I was sitting watching Virat’s batting. He was taking a lot of time. He also knew how important it was to him. And no matter what the performance is against any team, you can go ahead as soon as you get the confidence.

Asia Cup: Team India got a big blow, Ravindra Jadeja out of Asia Cup, this player got a chance

He further said, “Virat played quite like that, but the way this Kumar came. As soon as he came, he hit on the first ball, four on the second ball, just that he came from a positive frame of mind. He came with a license that I don’t have to stop any ball.

The legendary all-rounder praised Suryakumar Yadav’s body language against Hong Kong. He said that even when he was taking a single, the right-hander was full of confidence. Afridi said, “Body language is very important. You should look confident even when you are taking a single, defending the ball or hitting a six. And the confidence he showed while hitting those big shots was fantastic. He entertained the crowd.”

Abdul Qadir made Imran Khan bold by betting, now it’s the turn of the son, will play the World Cup