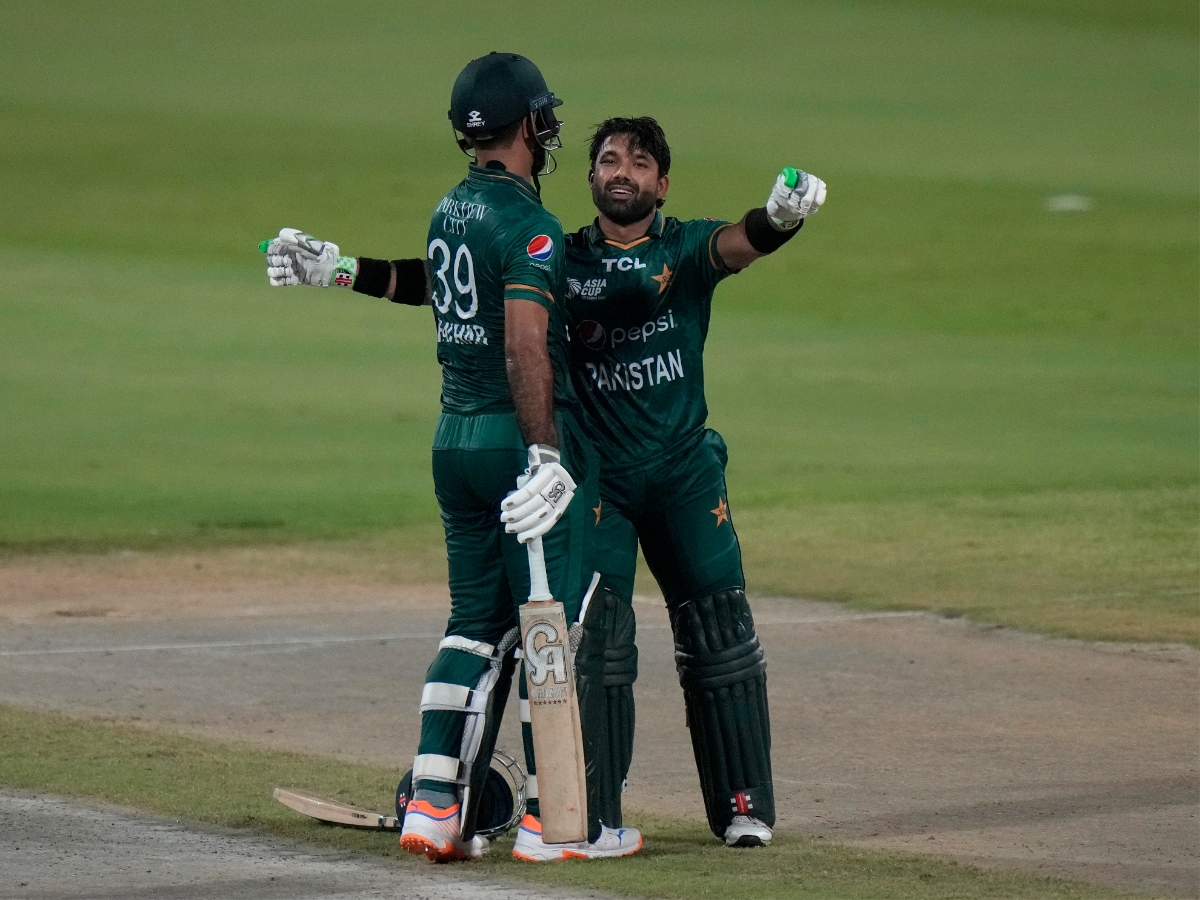 Pakistan got its first win of the tournament, but Babar failed

Sharjah. Pakistan has made it to the Super-4 under the leadership of Babar Azam. In the final match of the group round of the tournament (Asia Cup 2022), Pakistan trampled Hong Kong by 155 runs on Friday. This is the team’s biggest win in terms of runs. Playing first in the match, Pakistan made a huge score of 193 runs for 2 wickets. Mohammad Rizwan scored an unbeaten 78. Apart from this, Fakhar Zaman also scored a half-century. In response, Hong Kong’s team was all out after scoring 38 runs in 10.4 overs. This is the team’s lowest score. Mohammad Nawaz took 3 wickets while Shadab Khan took 4 wickets. Now India and Pakistan will be face to face once again in Super-4 on Sunday 4th September. In the group round, India defeated Pakistan by 5 wickets.

The Hong Kong team, which came out to chase the target, was staggered from the beginning. No batsman of the team could reach the double figures. Captain Nizakat Khan scored the highest 8 runs. The team’s 5 wickets had fallen for 30 runs. After 10 overs the score was 38 for 8. Fast bowler Naseem Shah got the first 2 wickets. After this, left-arm spinner Mohammad Nawaz bowled amazingly. Leg spinner Shadab Khan got 4 wickets.

64 runs in first 10 overs
Earlier, with the help of Mohammad Rizwan’s 78 runs in 57 balls, Pakistan recovered from a slow start and scored 193 for 2 wickets. The way the Hong Kong bowlers had put the Indian batsmen under pressure, in the same way, did not allow Pakistan to start well. It became difficult for Rizwan and Fakhar Zaman to hit fours and sixes. Pakistan scored 64 runs for one wicket in the first 10 overs. Zaman scored 53 runs in 41 balls while Khushdil Shah finally scored 35 runs in 15 balls to give a strong score to Pakistan.

Babar Azam failed
Pakistani captain Babar Azam failed once again and returned to the pavilion after scoring 9 runs. In order to increase the run-rate, he played a shot in the air off off-spinner Ehsan Khan and the bowler took the catch by diving to his right. Rizwan hit the first four in the fifth over on medium pacer Ayush Shukla. In the 11th over, Rizwan hit leg-spinner Mohammad Gazanfar for the first six of the Pakistani innings. Fakhar increased the run-rate by hitting the spinners for two sixes. Rizwan, who was battling the heat and humidity, started playing fast after scoring a half-century.

Hong Kong bowlers lost their momentum in the death overs due to inexperience. Pakistan scored 77 runs in the last 5 overs. 29 runs were scored in the 20th over by Ejaz Khan, which included five byes and 4 sixes from Khushdil.