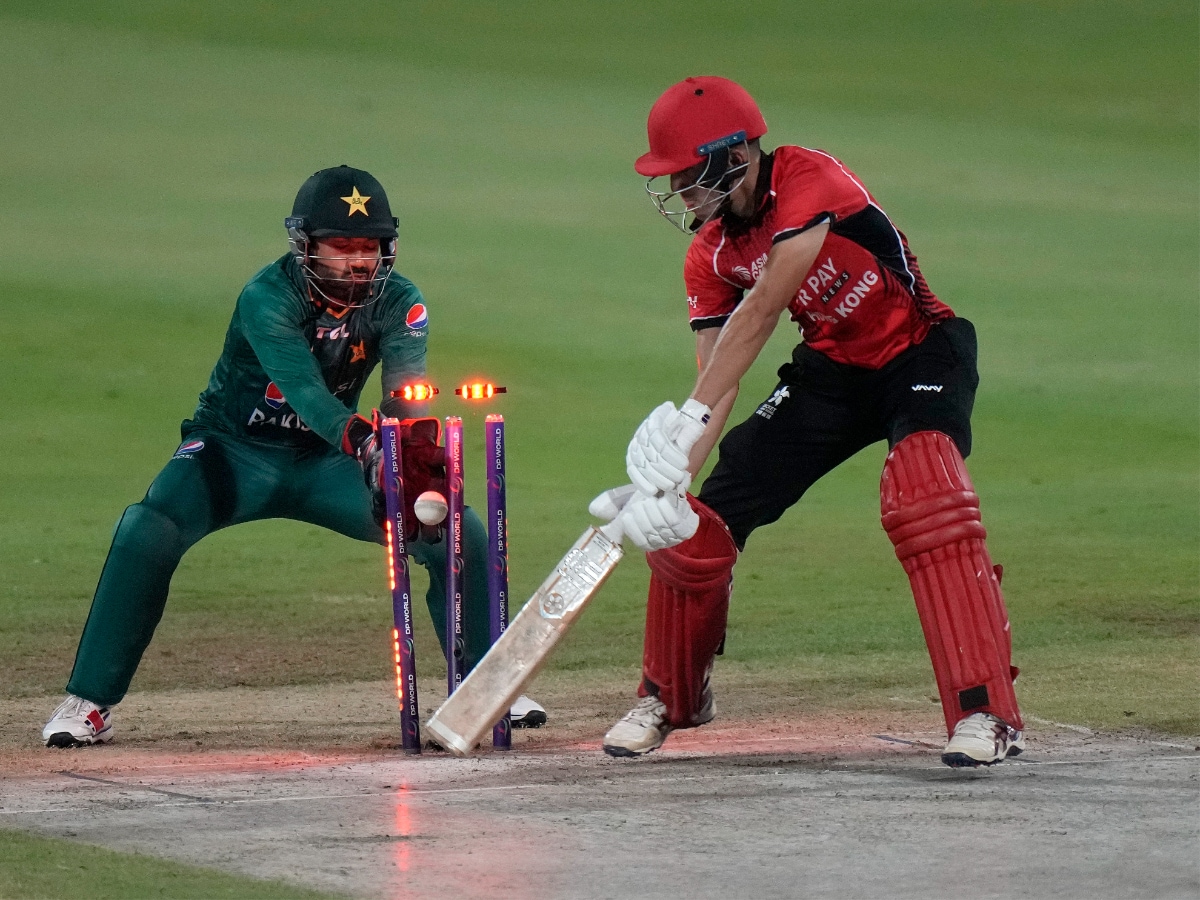 Sharjah. The group round matches of T20 Asia Cup (Asia Cup 2022) are over. Pakistan thrashed Hong Kong by 155 runs in the final match on Friday. With this, Pakistan team led by Babar Azam has also made a place in Super-4. Apart from Pakistan, India, Afghanistan and Sri Lanka have also reached the Super-4. In the match (PAK vs HK), Pakistan had scored a huge score of 193 runs for 2 wickets while playing first. Player of the match Mohammad Rizwan scored an unbeaten 78. Fakhar Zaman also scored a half-century. In response, Hong Kong’s team was all out after scoring 38 runs in 10.4 overs.

No player from Hong Kong could reach the double figures in the match. Captain Nizakat Khan scored the highest 8 runs. If you look at the team’s scorecard, it is like a mobile number. Pakistan’s spin bowlers performed brilliantly in this match. Leg spinner Shadab Khan took 4 wickets for 8 runs in 2.4 overs. Apart from this, left-arm spinner Mohammad Nawaz also got 3 wickets. He conceded 5 runs in 2 overs. Naseem Shah also took 2 wickets. Naseem and Nawaz also performed brilliantly against India. clash with india on sunday
Pakistan will now take on India in Super-4 on Sunday. Pakistan reached Super-4 by finishing second from Group-A. This is Pakistan’s biggest win in terms of runs in T20 format. The Hong Kong team, which batted somewhat better against India, could not stand in front of the Pakistani bowlers. Naseem Shah took 2 wickets in the third over. For Pakistan, Fakhar Zaman also scored 53 runs in 41 balls while Khushdil Shah finally scored 35 runs in 15 balls to take Pakistan to a strong score.

Hong Kong scored 152 runs against India. At the same time, Team India had scored 192 runs. In this way the batsmen of both India and Pakistan have come in color.