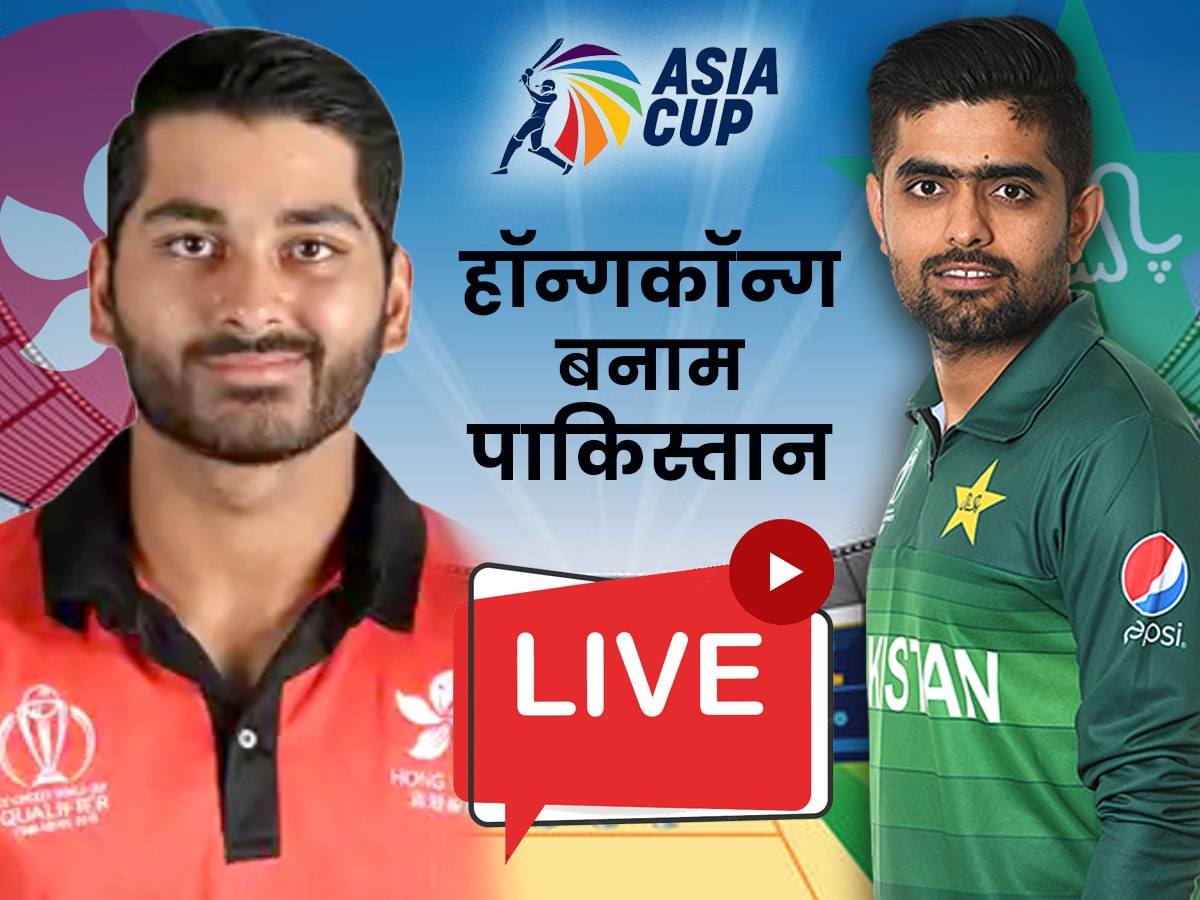 PAK vs HK Asia Cup-2022 Updates: Under the leadership of Babar Azam, Pakistan registered their first win in the T20 Asia Cup. He defeated Hong Kong by a huge margin of 155 runs. In the match, Hong Kong won the toss and decided to bowl. Both the teams have not changed the playing-11. Playing first, Pakistan scored 193 runs for 2 wickets in 20 overs. Mohammad Rizwan remained unbeaten on 78. He faced 57 balls. Hit 6 fours and a six. In response, Hong Kong’s team got out after scoring 38 runs.

Pakistan captain Babar Azam could only score 9 runs. Fakhar Zaman scored 53 runs in 41 balls. Hit 3 fours and 2 sixes. In the end, Khushdil Shah scored an unbeaten 35 off 15 balls to take the score beyond 190 runs. He hit 5 sixes. Pakistan scored 77 runs in the last 5 overs. In response, none of Hong Kong’s batsmen could play. The team had lost 5 wickets for 30 runs. The entire team was all out for 38 runs in 10.4 overs. Shadab Khan took 4 wickets. Mohammad Nawaz got 3 wickets. No batsman could reach the double figures.

Hong Kong was defeated by 40 runs against Team India in the first match, but the team was successful in making a good score of 152 runs.

In the first match, Pakistan fast bowler Naseem Shah made his T20 debut. He took 2 wickets while bowling brilliantly in this match. In the very first over, KL Rahul was bowled while Suryakumar Yadav also could not play a big innings. Hardik Pandya and Ravindra Jadeja performed well and gave victory to the Indian team. Talking about Super-4, India, Afghanistan and Sri Lanka have qualified for it.

Talking about the batting of Hong Kong team, then the entire responsibility will be on Babar Hayat. In the first match also he did well against India. Kinchit Shah was also successful in getting off to a good start.

Playing-11 of both the teams