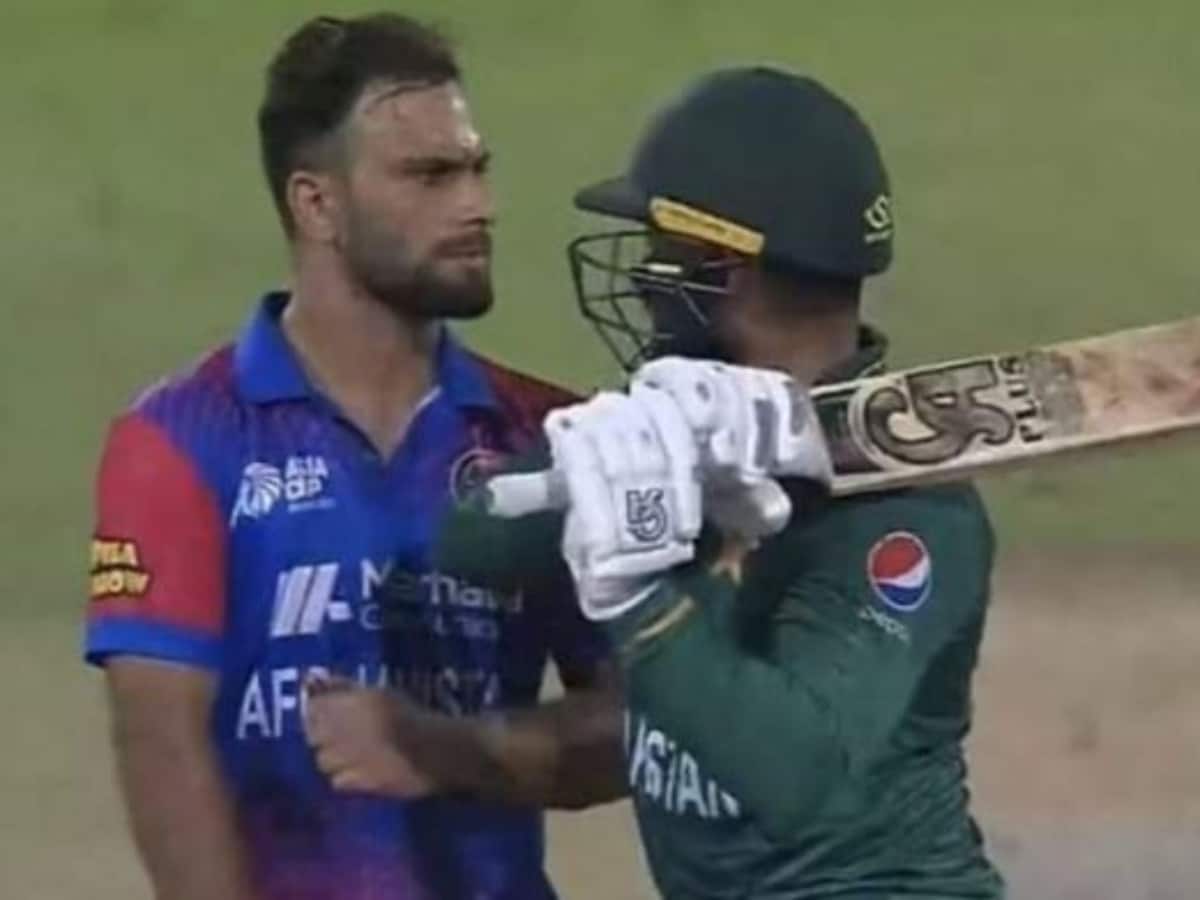 Asif even raised the bat to hit the Afghanistan bowler

Pakistan beat Afghanistan by one wicket to enter final

New Delhi. The match between Pakistan and Afghanistan in the Asia Cup was not for the weak hearted. Thrill, action and drama was everything in this match. Batting first, when Afghanistan scored 129 runs for the loss of 6 wickets, everyone felt that Pakistan would easily achieve this goal and reach the final. But, the bowlers of Afghanistan made it so difficult that in the last over it seemed that Pakistan would lose. 9 wickets had fallen for his 119 runs. But, Naseem Shah hit two sixes in the first two balls of the 20th over to give Pakistan a thrilling 1 wicket win.

During this match, when the Pakistan team was batting, such an incident happened on the field, which was completely contrary to the spirit of the Gentlemen’s game. In the 19th over of the match, Pakistani batsman Asif Ali and Afghanistan bowler Farid Ahmed clashed. There was a fight between the two. Asif Ali even raised the bat to kill Farid. But, the umpire and the players of Afghanistan reached the spot and separated the two. Otherwise, this match would have been remembered for some other reason.

Asif picked up the bat to kill Farid.
Actually, while chasing the target of 130 runs, the wickets of Pakistan were falling continuously. Pakistan’s score after 18 overs was 109 for the loss of 7 wickets. All the hopes of Pakistan rested on Asif Ali. He had scored 9 runs in 5 balls with the help of a six. Farid Ahmed came to throw the 19th over of Pakistan’s innings. He dismissed Haris Rauf on his second ball. He could not even open the account. Now the whole burden had come on Asif Ali’s shoulders. He hit a six after one ball. It went to Farid and on the very next ball, this Afghanistan pacer got Asif Ali caught behind the wicket on a slow bouncer.

Farid dismisses Asif
On receiving Asif’s wicket, Farid started swinging with joy and he said something to Asif returning to the pavilion from behind. Asif got furious with this and he picked up the bat to kill Farid. Seeing this, the umpire and the players of Afghanistan ran towards him and stopped him, otherwise anything could have happened.