Home Cricket India’s most underrated player, who made a long career record, but there... 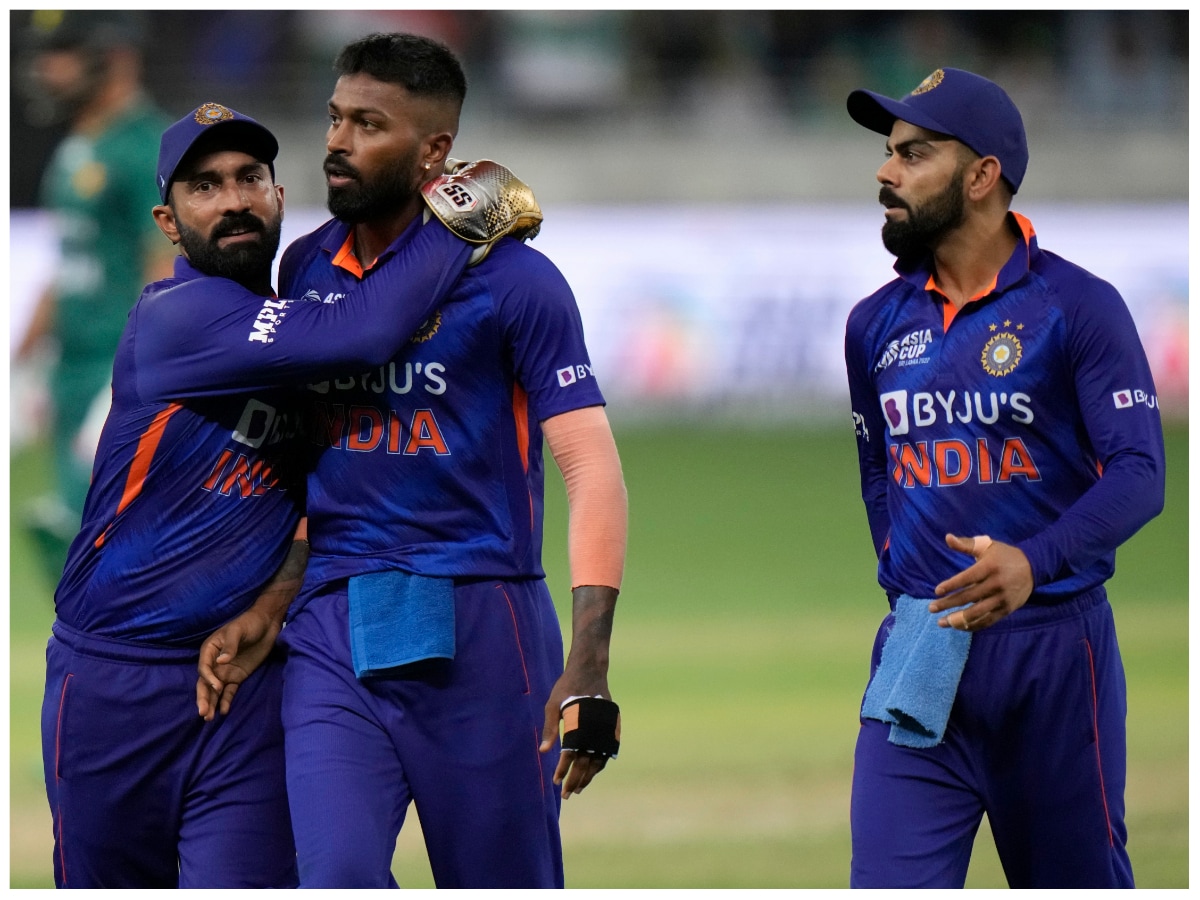 
New Delhi. Indian team is one to one cricketer. Big match winners, in whose praise their fans can unite the ground and the sky. Former cricketers can speak on him for hours. And there is also such a player, whose name is only doubted when it comes. This player, who has been playing for India for 18 years, is today the most underrated player in the team. We are talking about wicketkeeper batsman Dinesh Karthik. DK has batted in almost every role for India in almost every format. From MS Dhoni to Rishabh Pant, Sanju Samson, Ishan Kishan, DK is the only one in the long list of Indian wicketkeepers who have played in all three decades of this century. It is a different matter that Dinesh Karthik got to hear throughout his career that some other batsman could or should be given a place in the team in his place.

These days the Indian team is participating in the Asia Cup in UAE. Dinesh Karthik is such a name in this team, on whose selection the most nose-brows were wrinkled. Then there was an earthquake, when Rishabh Pant was dropped against Pakistan in the first match of the Asia Cup and DK was included in the playing XI. Gautam Gambhir, who was Karthik’s fellow player, was most angry. Interestingly, the Test career of both Dinesh Karthik and Gautam Gambhir started with the same match. When India won the T20 World Cup in 2007, both DK and Gotti were part of the winning team.

Many former cricketers, including Gautam Gambhir, soon got another opportunity to question Team India on the pretext of Dinesh Karthik, when Dinesh Karthik remained in the playing XI against Hong Kong and Hardik Pandya was rested. Once again there were questions on team management and selection. Former captain Ajay Jadeja has also said that Dinesh Karthik’s place is not made in his playing XI. The funny thing is that when you listen to these former cricketers, you will find that the player’s form is being talked about, strategy is being talked about. Getting to the player’s role. It is a different matter that in order to select Karthik, the team management is talking about his role only.

Captain Rohit Sharma’s team has made it clear that it is looking at every player in a certain role. Dinesh Karthik is seen in the role of a finisher. DK played the best role of finisher in this year’s IPL. After this he was included in the team. It is also clear that he is also getting full support of coach Rahul Dravid. That’s why he is being selected again and again in the playing XI even with the likes of Rishabh Pant, Deepak Hooda.

It is also not that there are only critics of Dinesh Karthik in the cricket world. Veterans like Harbhajan Singh, Maninder Singh, Cheteshwar Pujara are speaking openly in their support. All of them have made it clear in different platforms that form and role are in favor of Dinesh Karthik. Harbhajan Singh believes that as good form as Karthik is, he cannot be left out. It is time to give Kartik a chance. He can give victory to India while batting in the lower order. At the same time, Pujara said in a show of Cricinfo, ‘Both Pant and Karthik are playing well. Now the decision has to be taken by the team management. I think Rishabh Pant is a better option at number 5. But if you want to bat with a good finisher, I think DK is a better option. Former spinner Maninder Singh has also made it clear that if the team management is going with Karthik, then we should support him.

Once in this whole conversation, and that is of the longest career. Let us tell you that Dinesh Karthik played the first T20 match in 2006. In this match against South Africa, 10 out of 11 players who were included in the playing XI have now retired. Only Karthik is still playing. His T20I career has been 15 years 273. More than any Indian. Shakib Al Hasan and Mushfiqur Rahim are the only cricketers in the world whose T20 career is longer than Karthik. That too only 4 days old.

Who is Hardik Pandya’s alternative? Selector will prepare this young player under the captaincy of Sanju Samson