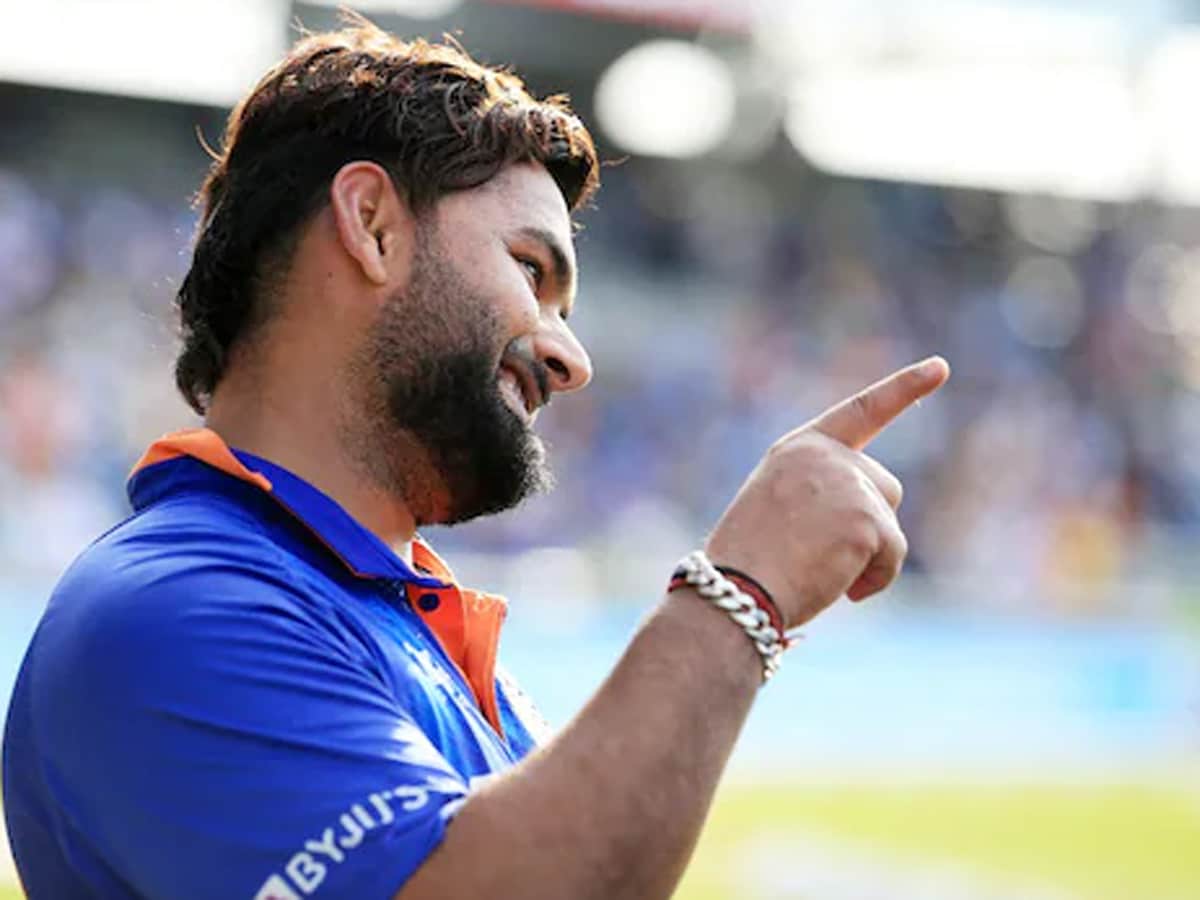 The last two T20 matches between India and West Indies will be held in Florida on Saturday and Sunday respectively.

Rishabh Pant has been in fine form for India and will look to shine again in the last two T20Is.

India have a good record in Florida and would like to take a 2-1 lead in the series.

New Delhi. Team India’s star wicket-keeper batsman Rishabh Pant now has millions of fans around the world, but sometimes some gestures of the fans embarrass the star. Rishabh was seen blushing after the third T20 International between India and West Indies played on Tuesday. A fan told him something that Pant was forced to blush.

After the match a fan started shouting loudly in the stands. This fan was saying ‘I love you Rishab’ again and again. Rishabh himself was feeling very embarrassed by this behavior of the fan. Rishabh, who had a lot of laughs on such a ground, was caught blushing by the camera.

KL Rahul may lose the vice captaincy to Hardik Pandya, will be revealed before T20 World Cup

Rishabh Pant gave a blushing smile
India won the third T20 by 7 wickets. After this victory, Rishabh and Suryakumar Yadav were seen giving autographs to the fans waiting after the match. A fan was repeatedly shouting ‘I love you’ while signing the autograph, to which the wicket-keeper batsman gave only a smile. However, at first Rishabh Pant kept ignoring it for a long time, but when the fan did not stop, Rishabh also blushed and started smiling.

Rishabh has been in excellent form for the country in recent times and has played some memorable innings. One of them had come to England last month. India defeated England thanks to Rishabh Pant’s unbeaten innings of 125 runs.

India is ahead 2-1 in the series
India won the third T20 International on the basis of Suryakumar’s innings. Surya scored 76 runs in 44 balls, as India chased down 165 runs in 19 overs to win. A day earlier, when their batting failed relentlessly in the final over of the second match, India looked focused and purposeful from the start of their innings, with only concerns about the captain’s fitness.
CWG 2022: Apart from sports, Renuka Singh is not second to any actress in beauty, PHOTOS

Rohit Sharma was forced to retire hurt in the second over as he developed a cramp in his lower back. However, according to the reports, he is now completely fine and will be available for selection in the last two T20 matches to be held in Florida.

Avocado is beneficial in reducing increased cholesterol, these foods should also be included in...