Home Cricket IND vs PAK: Naseem Shah intimidates India in the first over of... 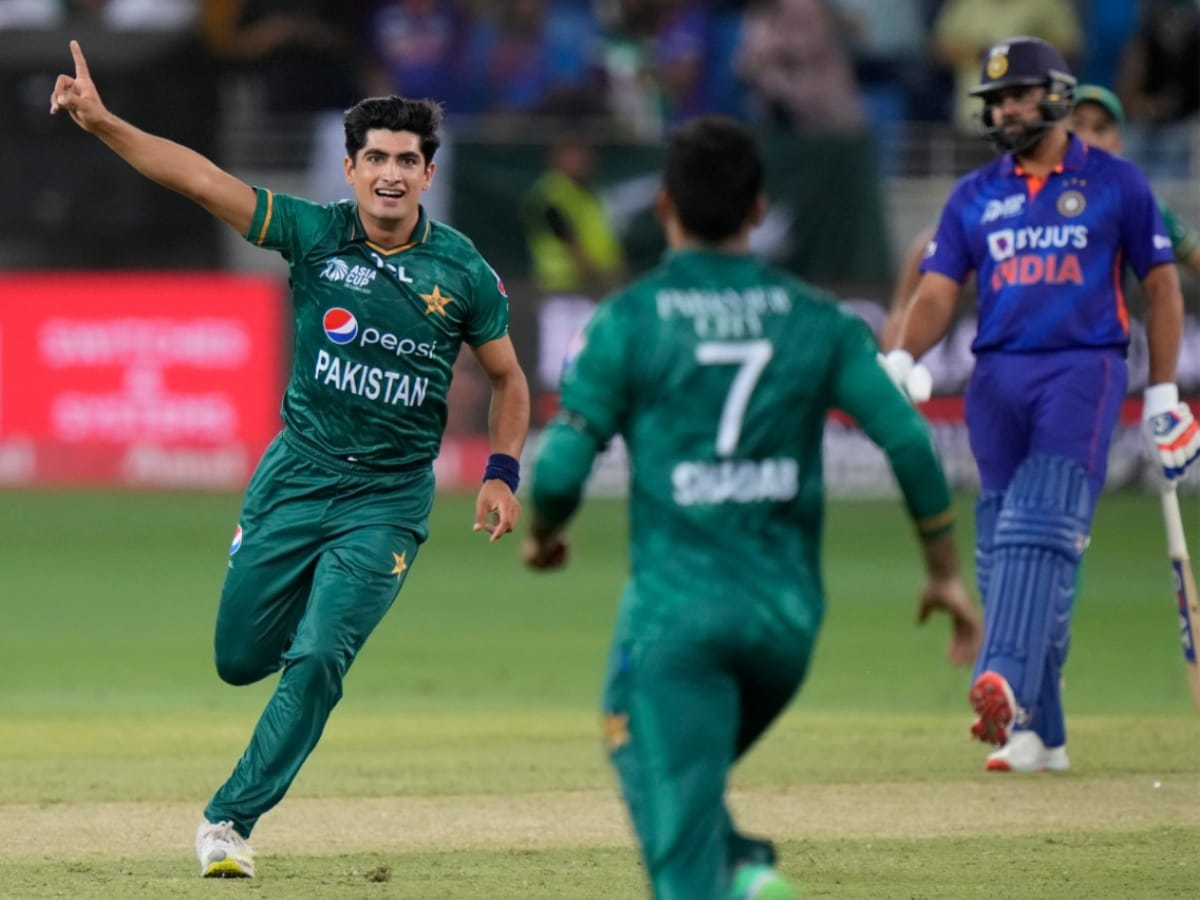 KL Rahul got out after scoring zero runs.

None of the Pakistan batsmen could score a half-century.

Dubai. Indian fans will remember Naseem Shah for a long time. He has scared the batsmen of Team India in the very first match of his T20 International (IND vs PAK). This 19-year-old fast bowler bowled legendary batsman KL Rahul on the second ball of his career. Then on the fourth ball, Virat Kohli was also almost sent to the pavilion. However, his catch was missed at slip. In a match of Asia Cup 2022, Pakistan has scored 147 runs while playing first. In response, the Indian team has scored 62 runs for 3 wickets in 10 overs till the time of writing the news. Rohit Sharma got out on 12 and Virat Kohli scored 35 runs.

Pakistan suffered a double blow before the T20 Asia Cup. Young fast bowlers Shaheen Afridi and Mohammad Wasim were ruled out of the tournament due to injuries. In such a situation, Naseem Shah got a big responsibility in the tournament. He got to bowl the first over of the innings against India. Rohit Sharma took one run off the first ball. On the second ball, the wicket was taken away by the ball from KL Rahul’s bat.

I would love to see Naseem Shah and Shaheen Shah opening the bowling for Pakistan in T20 WC ️#INDvPAK #INDvsPAK #PAKvINDpic.twitter.com/9C77nVuorE

Fakhar gave a big chance
Former captain Virat Kohli landed at number-3. Naseem Shah bowls the fourth ball outside off-stump. Kohli tried to play the shot. But the ball took the outer edge of the bat and went to second slip. However, Fakhar Zaman could not catch this catch. Had this catch been caught, then Team India could have been in trouble. Last year at the same ground, Shaheen Afridi had spoiled India’s debut by dismissing KL Rahul and Rohit Sharma.

IND vs PAK: Social media was sacrificed on Fakhar Zaman, you will also salute his decision

KL Rahul scored more than 600 runs in IPL 2022 with the help of 2 centuries. He was in excellent form. After that he was out due to injury. He even had to undergo surgery. He made a comeback from the ODI series against Zimbabwe. But he could only score 1 and 30 runs in 2 matches respectively. Now against Pakistan, he got bowled on the very first ball.