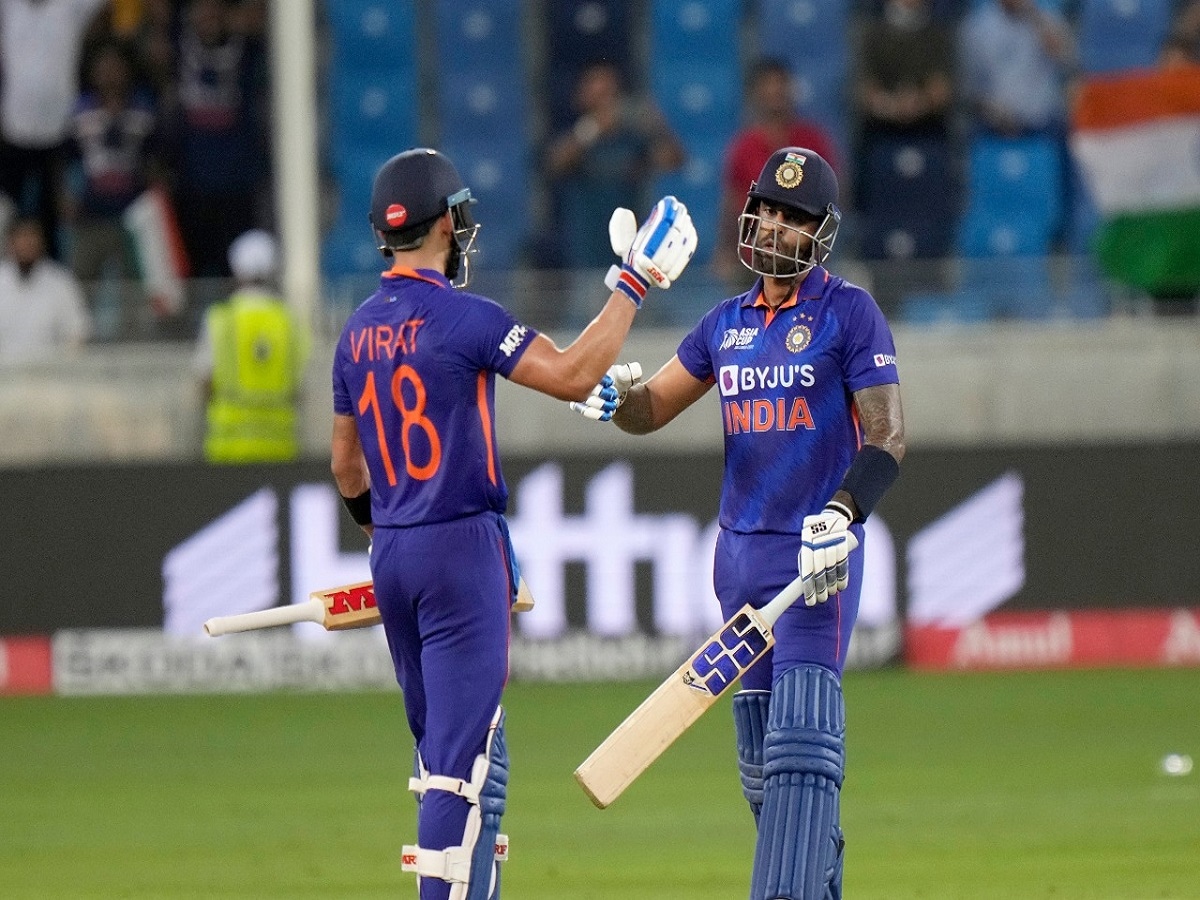 New Delhi. India defeated Hong Kong by 40 runs in their second match of the Asia Cup-2022. This is India’s second consecutive win in the tournament. With this, Team India became the second team to make it to the Super-4. Earlier, Afghanistan had reached the Super-Four. He has also won both his matches. Before Hong Kong, India had defeated Pakistan by 5 wickets.

Hong Kong chose to bowl first after winning the toss in this match held in Dubai. Batting first, India scored 192 runs for the loss of 2 wickets. For India, Suryakumar Yadav scored an unbeaten 68 in just 26 balls. At the same time, Virat Kohli also scored an unbeaten 59 in 44 balls. He scored a half-century in international cricket after 6 months.

Chasing the target of 193 runs, Hong Kong’s team could only manage 152 runs for the loss of 5 wickets in 20 overs. Babar Hayat scored 41 runs in 35 balls for Hong Kong. Apart from him, the vice-captain of the team, Kinchit Shah also scored 30 runs. But, both of them could not win Hong Kong. Ravindra Jadeja, Avesh Khan took one wicket each for India.

Earlier, batting first, Rohit Sharma and KL Rahul gave India a tight start. Both had added 38 runs for the first wicket. On the same score, Rohit was dismissed after scoring 21 runs in 13 balls. Rohit was seen in full color and it seemed that a big innings would come out of his bat. However, Rohit was caught out for playing a big shot on the ball of Hong Kong’s young fast bowler Aayush Shukla. India scored 44 runs for the loss of one wicket in 6 overs of powerplay.

After this, Virat along with KL Rahul added 56 runs in 49 balls for the second wicket. In the 13th over, KL Rahul was caught by Mohammad Ghazanfar. India’s score at that time was 94 runs. Rahul scored 36 runs in 39 balls with the help of two sixes. Suryakumar, who came after his dismissal, changed the game. India had scored 70 runs in the first 10 overs. But, in the subsequent 10 overs, he scored 122 runs. In this way India scored 192 runs. Suryakumar scored an unbeaten 68 off 26 balls. In this innings, he hit 6 fours and as many sixes. Virat Kohli also scored an unbeaten 59.