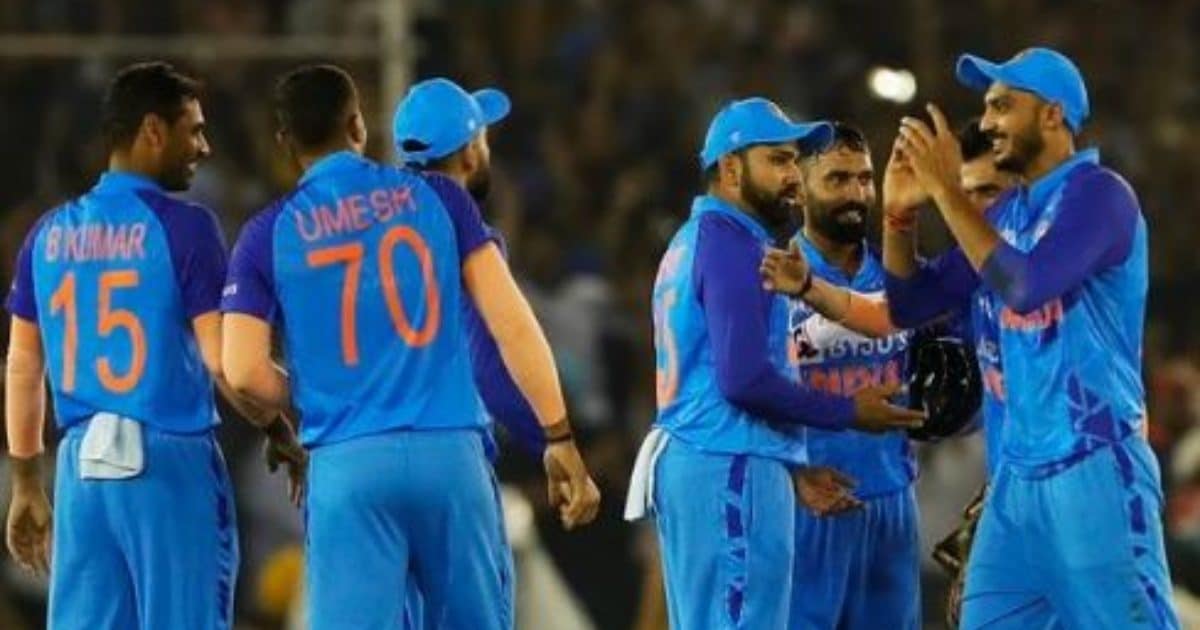 India-Australia 2nd T20 will be played in Nagpur

Rohit Sharma has a trump card for comeback

New Delhi. For Rohit Sharma’s team India, in the T20 series against Australia, the second match to be held in Nagpur on Friday is do or die. If India loses this match, then the series will also be lost. Australia won the first T20 held in Mohali. In such a situation, this is the last chance for India to make a comeback in the series. That’s why the Indian team would like to win it in any case. Captain Rohit Sharma also would not like to lose another series after the failure of the Asia Cup. He has a chance to win in Nagpur. All they have to do is to include Deepak Chahar in the playing XI.

Now you must be thinking that if Deepak joins the team, what will happen that India will win the battle of credibility in Nagpur, then the reason behind this is the record breaking performance of this bowler in Nagpur.

Deepak made world record in Nagpur
The last T20 was played in 2019 at the Vidarbha Cricket Association ground in Nagpur. Teams of India and Bangladesh were face to face in this match. With India winning this match, the series was also won by 2-1. In this match, Deepak had single-handedly won India. He had broken the world record. Deepak took 6 wickets in this match with a hat-trick. This was then the best performance of any bowler in T20 Internationals. He broke the record set by Sri Lanka’s Ajantha Mendis (8/6) in 2012. However, in 2021, this record of Deepak was broken by Nigerian bowler Peter Aho. Peter took 6 wickets for 5 runs in 3.4 overs against Ciara Leone.

Deepak took 6 wickets with a hat-trick
If we talk about the match against Bangladesh in Nagpur 3 years ago, then India had given a target of 175 runs to Bangladesh, thanks to the half-centuries of KL Rahul and Shreyas Iyer. But, Bangladeshi batting collapsed like a deck of cards in front of Deepak’s swing bowling. He first showed the way to the pavilion to the top order of Bangladesh and then in the last over by hunting down the lower order batsmen, decided the victory of Team India. Deepak also took a hat-trick in this match. He took a wicket on the last ball of the 18th over and then completed his hat-trick by taking two wickets in the first two balls of the 20th over.

IND vs AUS 2nd T20: Big hurdle in the way of comeback of Team India, practice also had to be canceled

Umesh preferred over Deepak
In the Mohali T20, the Indian team management gave a chance to Umesh Yadav. He was not even in the first team. He was added to the team after Mohammed Shami was ruled out of the series and was directly included in the playing XI after 3 years while Deepak was also in the squad. But, they didn’t get the chance. Sports experts also expressed surprise over this decision. In such a situation, Indian captain Rohit, along with correcting this mistake, has such a trump card in the form of Deepak, which can ease the way for Team India’s comeback. Now it has to be seen whether he gets a chance in the second T20 or not.

India’s hopes can be revived in Nagpur? Know what is the reason…

Pencil pushups will give relief to the eyes, know what is the right way...

There were many holes in the heart of a 6-month-old child...

Are you also a victim of misunderstanding? Drinking too much...