Home Cricket How can Pant and Karthik play together in Team India in T20... 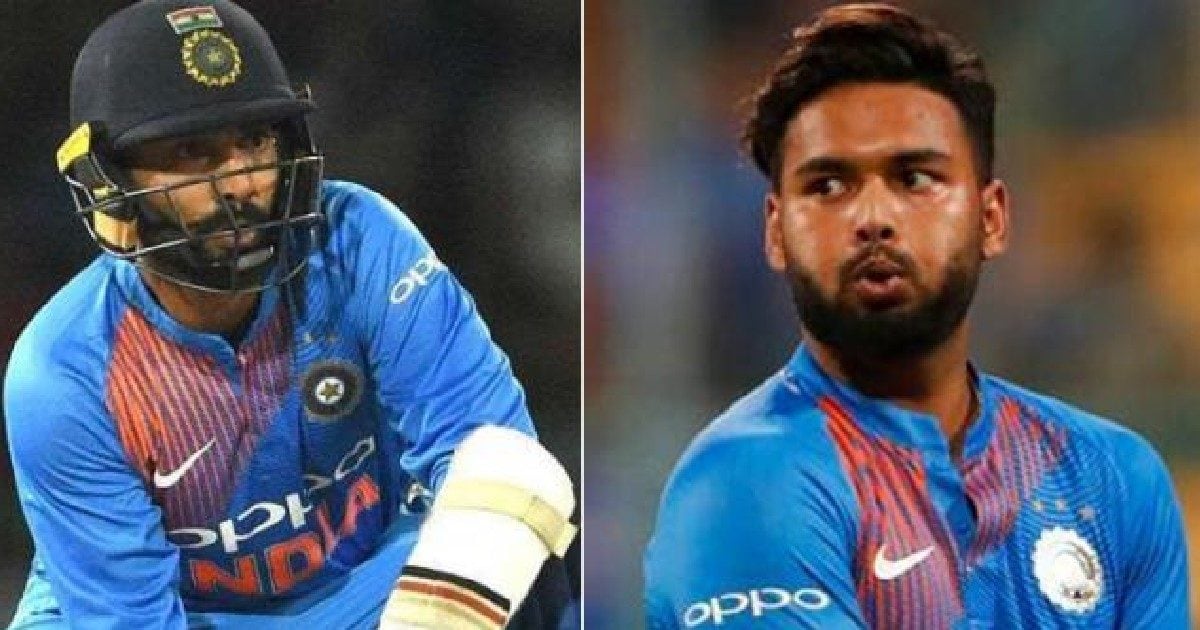 Former Australia captain Ricky Ponting has given a big statement about Karthik and Pant.

Ponting has advised to keep both the wicket-keeper batsmen in the team of T20 World Cup.

Both are capable batsmen that together they can make a place in the team of T20 World Cup.

Dubai: The Indian team for the T20 World Cup to be held in Australia has been announced. Both Dinesh Karthik and Rishabh Pant have been given a place in the team, but the team management is in a dilemma on who will get a place in the playing XI. Pant could not do well in the Asia Cup, while Karthik has also not done anything special on the opportunities he got. But Karthik is considered the special batsman of T20 and he is known for his finish touch. Let us tell you that with the announcement of the team, there is a debate among the fans about who is better for Team India between Pant and Karthik. Who should be kept in the team and who should be left out?

Also read… Wrestler Bajrang Poonia stunned by the defeat in World Wrestling, said – God knows why the doctors did this to me…

Karthik a brilliant finisher while Pant extremely talented: Ponting
In the latest issue of the ICC Review, Ponting wrote, “There has been a debate in Indian cricket circles for a long time as to who will be the wicket-keeper batsman in the team. Karthik is a brilliant finisher, so Pant’s talent needs no introduction.” India has kept both of them in the team and Ponting believes that it is the right decision.

Also read… Jasprit Bumrah will play in the second match or not? Suryakumar Yadav made a big disclosure

He said, “I believe both deserve a place in the Indian team. It doesn’t matter that both are wicketkeepers. His batting is so strong. Pant can be very dangerous in the middle order and Karthik as a finisher.

Jasprit Bumrah has the upper hand over Shaheen Shah Afridi
With Pakistan’s Shaheen Shah Afridi and India’s Jasprit Bumrah facing off, Ponting believes that Bumrah has the upper hand in terms of experience. He said, “Based on experience, I will choose Bumrah. He has played a lot of cricket in Australia and has played more than Afridi. Apart from this, he has played more big tournaments than Afridi.

BCCI AGM on October 18, India’s representative in ICC to be selected

Decreased blood platelets can increase the risk of many diseases, know the symptoms and...

Taking more calcium supplement, there is a risk of heart disease, know its correct...

Durga Puja pandal prepared on the theme of Vatican City in...