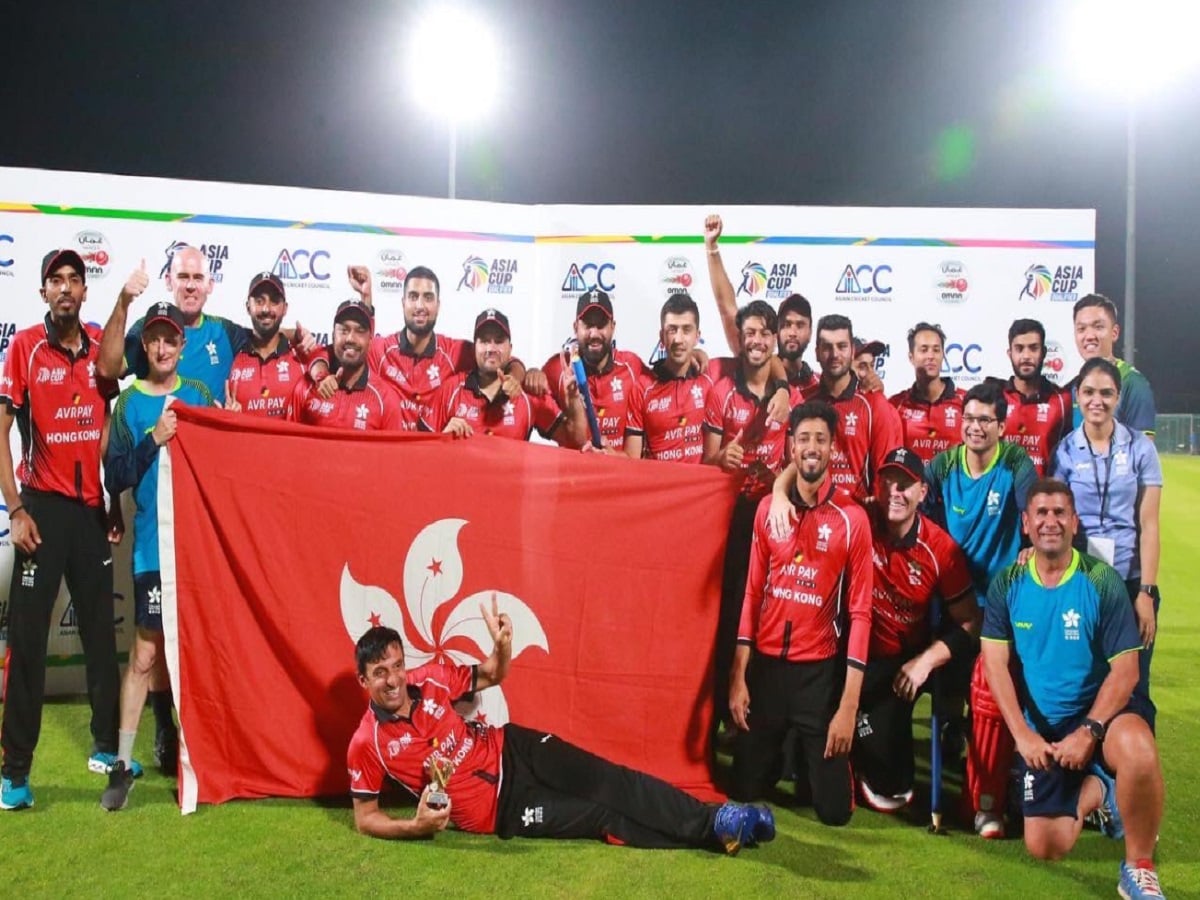 The Hong Kong team won all three matches in the qualifiers.

Most of the players of the team are of India and Pakistan origin.

New Delhi. India’s next match in the Asia Cup is against Hong Kong on 31 August. There is no match between the two teams. But, the T20 format is such that any team can surprise anyone. Anyway, India and Hong Kong teams will face each other for the first time in T20 format. While India defeated Pakistan in the first match, Hong Kong’s team has also reached the main draw of the Asia Cup by winning the qualifiers. He has defeated teams like Singapore, Kuwait and UAE. In terms of T20 format, Hong Kong has good batsmen, bowlers and fielders. In such a situation, Team India will also have to be smart. Anyway, in the 2018 Asia Cup, which was played in the ODI format, Hong Kong gave a tough competition to India. So the competition will be interesting.

There are three such players of Hong Kong’s team, who can prove to be hidden against India. This includes the team’s vice-captain Kinchit Shah, all-rounder Ayush Shukla and 17-year-old off-spinner Ahan Trivedi. All three of them are of Indian origin.

Apart from being a little batsman, he is also the vice-captain of the team and Ayush is more experienced than Ahan. This left-handed batsman has played 43 T20s. In this, Kinchit has scored 633 runs at a strike rate of 107. He has also scored 3 half-centuries. He has connections with India. He was born in Mumbai. He came to Hong Kong with his family at the age of 3 months and took up the bat at a very young age. His father Devang Shah is a diamond merchant. But, he is also fond of cricket. The same hobby came in a bit and he became a cricketer.

are some good batsmen
Kinchint did not get a chance to bat much in the qualifiers of the Asia Cup. He scored an unbeaten 6 runs in a match. In one match, he landed on the field, but did not get a chance to play a single ball, because the batsman at the other end had given the team victory. He definitely took 1 wicket against Singapore with 32 runs.

Rohit Sharma will break Kohli’s ‘Virat’ record against Hong Kong! Mahendra Singh Dhoni is number one in this list

Ayush bowled well in the qualifiers
ayush shukla19-year-old right-arm fast bowler Ayush is of Indian origin. He made his T20 debut for Hong Kong this year. In the 5 matches he has played so far, he has taken 5 wickets at a strike rate of 15. He also bowled well in the Asia Cup qualifiers. Ayush took 4 wickets in three matches. Out of this, in the match against UAE, he took 3 wickets for 30 runs and played an important role in winning the team.

Ahan Trivedi– This 17-year-old off-break bowler has been included in Hong Kong’s team in the Asia Cup. He has not yet made his debut for Hong Kong. He can get a chance to debut in the Asia Cup against India and he can prove to be a surprise package. He has done well so far in the club circuit of Hong Kong. He has taken a total of 7 wickets in the last 5 matches.