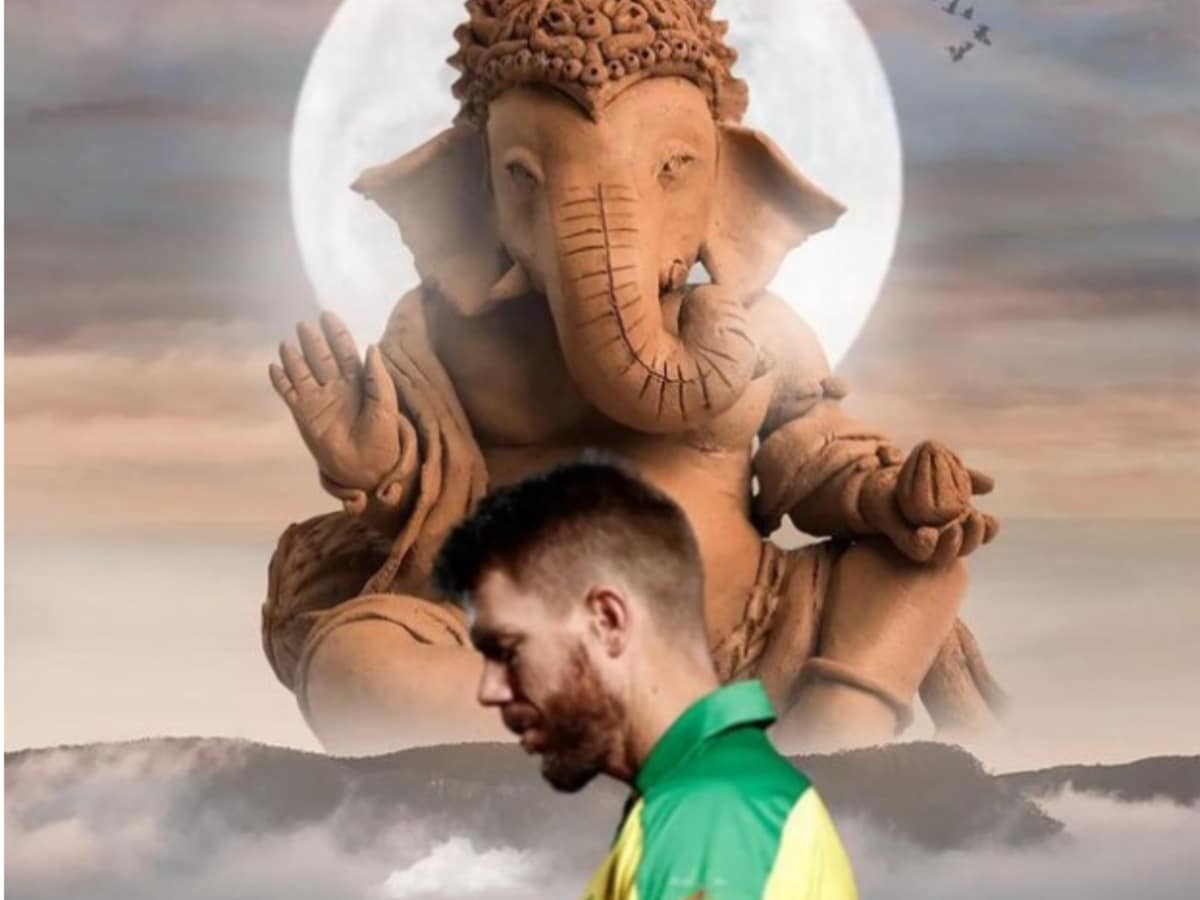 Warner is currently playing in the ODI series against Zimbabwe.

He scored a half-century in the first ODI

New Delhi. David Warner may be an Australian batsman, but his heart resides in India. He is in a way settled in the colors of India. Often his reels on Bollywood films are viral. Now he has shared a special post on his Instagram, which has made Indian fans more fond of him. Fans are praising him fiercely on social media. Warner is currently on a tour of Zimbabwe. From there he congratulated the Indians on Ganesh Chaturthi.

In the picture shared by David Warner on his Instagram post, he is seen standing in front of Ganeshji with folded hands. Wishing Ganesh Chaturthi, he wrote, ‘Happy Ganesh Chaturthi to all my friends. Wishing you lots of happiness and best wishes. Apart from Warner, former Indian cricket team captain Virat Kohli also congratulated him by sharing the post on Instagram story.

Warner reels on songs from Bollywood movies
Warner is often seen reeling on Indian songs and dialogues of Bollywood films from his social media account. He has played for IPL franchise Sunrisers Hyderabad for a long time. During this time he was fond of watching South Indian films and now he also makes funny reels and memes on the songs of South films.

‘You are the fixer, you will remain the fixer’…

Fifty was studded in the first ODI against Zimbabwe
The former Australian captain is currently playing the ODI series against Zimbabwe. Australia has won the first 2 matches of this series. Warner could not perform well with the bat in the second ODI. He scored 13 runs in 9 balls. However, Steve Smith scored an unbeaten 47 and Alex Carey also played an unbeaten innings of 26 runs and Australia achieved the target of 97 runs for the win by losing 2 wickets in 212 balls.

Warner had definitely played a good innings in the first ODI against Zimbabwe. He scored 57 runs in 66 balls. Australia won this match by 5 wickets. The third and last match between the two countries will be played on Saturday.