Home Cricket BAN vs AFG: Najibullah hit a memorable six in the victory of... 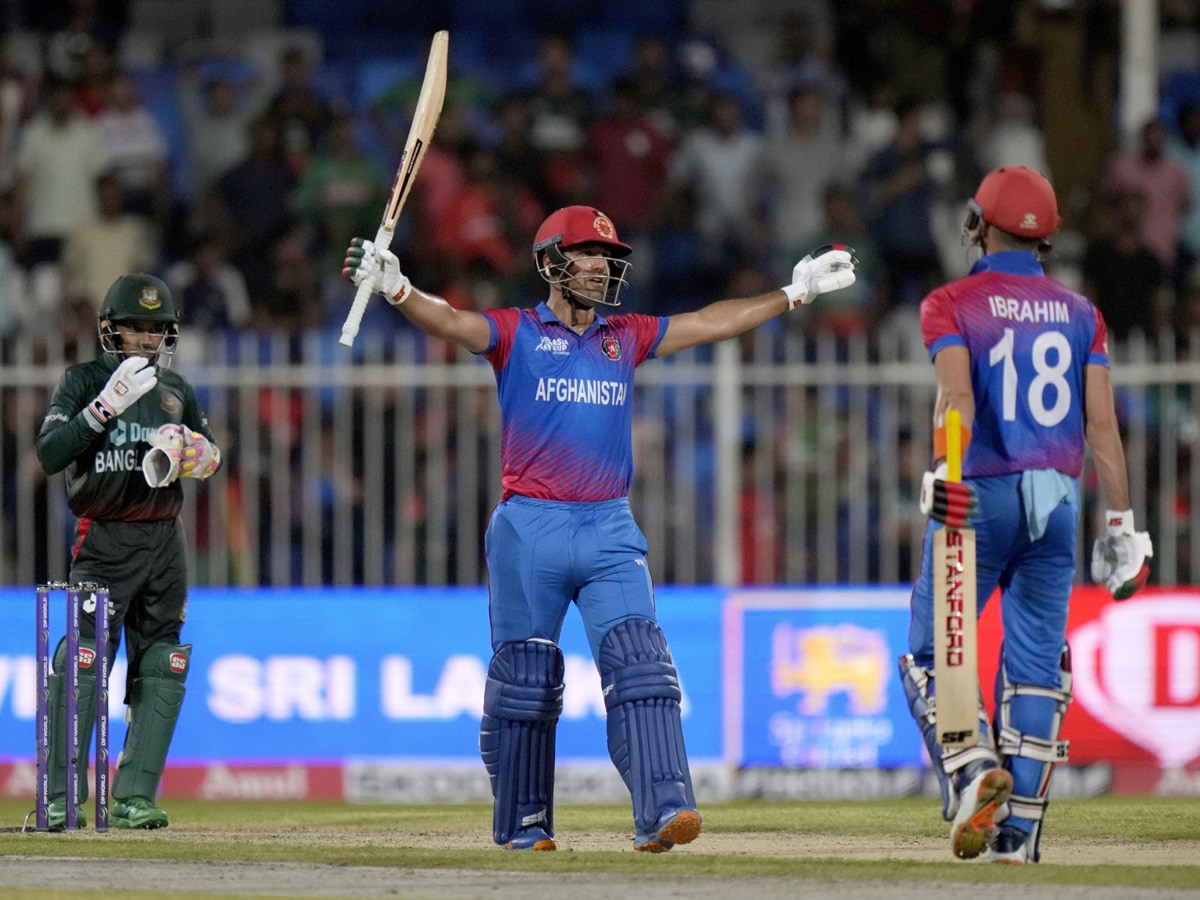 Najibullah hit a memorable six for the Afghan team

Then the players’ party started in the hotel

New Delhi. Yesterday, an exciting match of Group B was played between Bangladesh and Afghanistan (Bangladesh vs Afghanistan) in Sharjah. In this match, the Afghan team won by seven wickets. With this, the winning team has qualified for the Super Four matches. The effect of this spectacular victory against Bangladesh was also visible on the Afghan team. After the match was over, all the players celebrated the victory in one room. During this all the players were present together.

In this exciting match played between Bangladesh and Afghanistan, Bangladesh team won the toss and decided to bat first. Batting first, Bangladesh’s start was not special. The team lost its first four wickets for just 28 runs. But all-rounder player Mosaddek Hossain, batting with understanding in the middle order, played an unbeaten innings of 48 runs in 31 balls. Thanks to this innings of Hussain, Bangladesh team managed to score 127 runs in the allotted overs for the loss of seven wickets.

Also read- BAN vs AFG: Rashid Khan has a blast in T20 cricket, surpasses Saudi to become second bowler to achieve this feat

The target of 128 runs given by Afghanistan was easily achieved by the Afghan team at the loss of three wickets in 18.3 overs. In the middle order for the team, Najibullah Zadran, while batting explosively, won by hitting a six. He played an unbeaten explosive innings of 43 runs for his team yesterday at a strike rate of 252.94 in just 17 balls. During this, one four and six excellent sixes came from his bat.

Apart from Najibullah, Ibrahim Zadran also played an unbeaten knock of 42 runs in 41 balls for the team. During this, four excellent fours came out of his bat. Afghanistan’s next match will now take on B2 in the Super Four match.