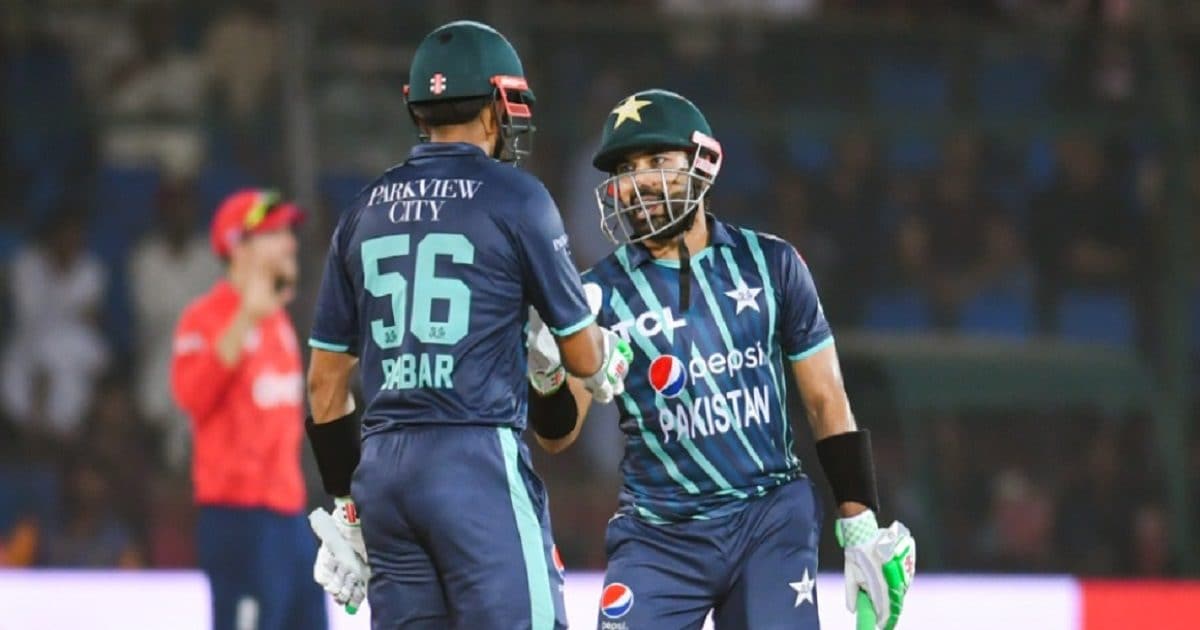 In the second T20, the bat of both the players had run fiercely.

Babar had scored the second century of his T20 career

New Delhi. For the last few innings, the bat of Pakistani Captain Babar Azam was going silent. On the other hand, Mohammad Rizwan was constantly on the target of cricket experts due to slow innings. However, when the bat of both the players went, it ran fiercely. In the second T20 International match played against England in Karachi, both the players made an unbroken double century partnership and led the team to victory. During this, Babar Jahan managed to score the second century of his T20 career. At the same time, Rizwan scored the 18th half-century of his T20 career. During this, the strike rate of both the players was also around 170.00.

Babar Azam and Mohammad Rizwan have given a befitting reply to their critics due to their excellent innings played in Karachi. Not only this, his critics are also appreciating him after seeing these excellent innings. Former Indian cricketer Mohammad Kaif is also overwhelmed to see this innings of Babar-Rizwan and has appreciated him.
Also read- VIDEO: Dinesh Karthik is not just called the best finisher of Team India, see how he won by sixes and fours
The Indian veteran wrote in a tweet, ‘Do not follow social media trends while criticizing players like Babar and Rizwan. Think about the class they play. Top players cannot be sidelined due to poor form.

Let us tell you that in the second T20 match played at the National Stadium, the English team had set a big target of 200 runs in front of Pakistan. But the pair of Babar and Rizwan achieved this target by 10 wickets with three bowlers remaining.

IND vs AUS: Rohit’s brilliant start was brought to the end by Karthik, the series was tied at 1-1

IND vs AUS: Matthew Wade’s counter attack on the letter, India got the target of 91 runs in the 8 overs match

Hands and feet stay warm? These tips can help you reduce body temperature

Thick Blood: What are the causes and symptoms of thickening of blood, know its...

Bhagwat said on nationalism, said- its idea is not to create...