Home Cricket Asia Cup: Sri Lanka won in the last over, made it to... 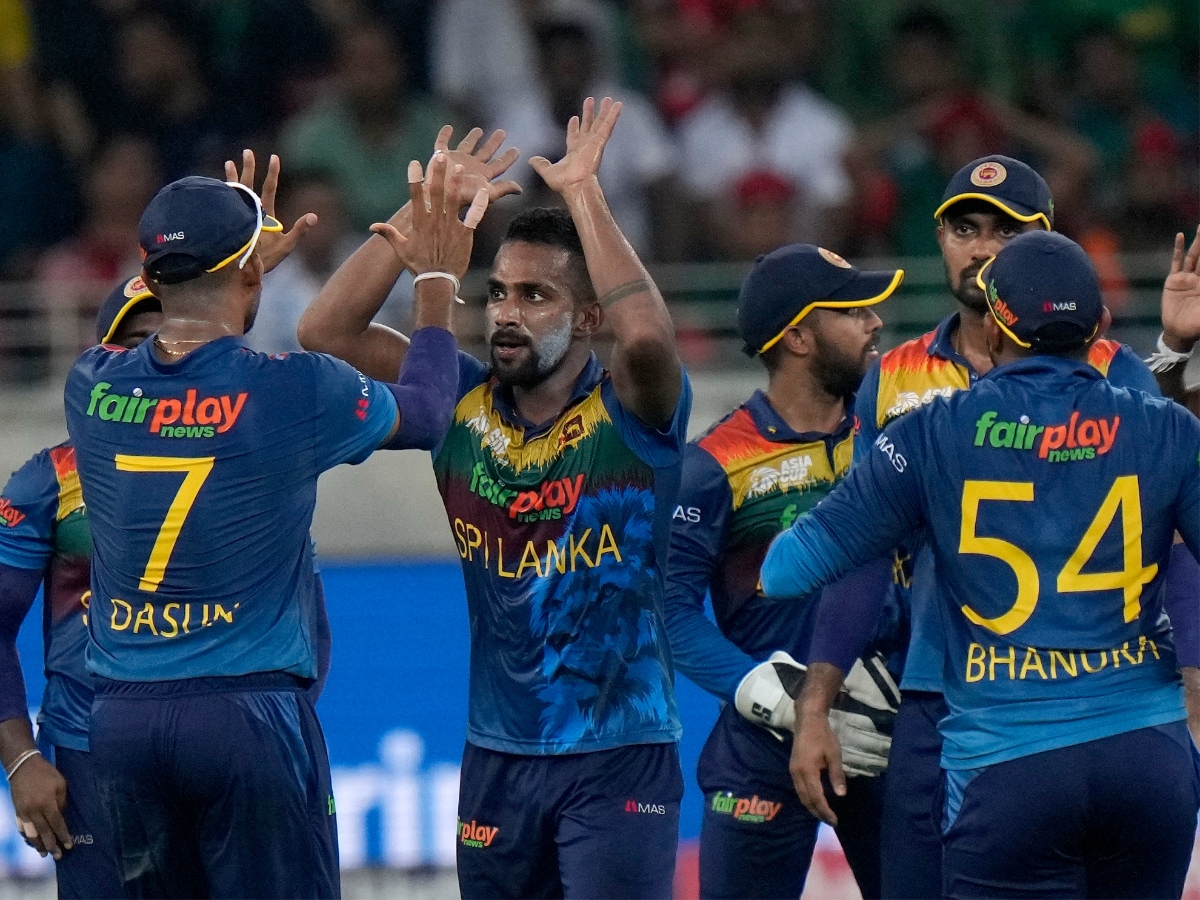 Bangladesh team could not win a single match

In the first match, it was defeated by Afghanistan.

Dubai. Sri Lanka has made it to the Super-4 of the Asia Cup under the leadership of Dasun Shanaka. In one match of the tournament (Asia Cup 2022), he defeated Bangladesh by 2 wickets. In the match (BAN vs SL), Bangladesh had scored a struggling score of 183 runs for 7 wickets while playing first. Mehdi Hasan Miraj scored 38 and Afif Hussain scored 39 runs. In reply, Sri Lanka won the match by scoring 184 for 8 in 19.2 overs. Kusal Mendis scored a fifty. Sri Lanka’s record is excellent in Asia Cup, Sri Lanka has captured the tournament title 5 times.

Pathum Nisanka and Kusal Mendis gave a good start to the Sri Lankan team chasing the target. Both added 44 runs in 5 overs for the first wicket. Fast bowler Ibadat Hossain, making his T20 debut, gave a big blow to Sri Lanka by taking 2 wickets in the first over of his career. In the sixth over, Hussain dismissed Nisanka for 20 and Charit Aslanka for one. After 6 overs the score became 48 for 2 wickets.

Lost 4 wickets in 10 overs
Ibadat Hossain dismissed Dasun Gunatilka in the 8th over. He scored 11 runs off 6 balls. Bhanuka Rajapaksa fell victim to Taskin Ahmed by scoring 2 runs in 4 balls. After 10 overs the score was 80 for 4 wickets. Meanwhile, Kusal Mendis completed his half-century off 32 balls. Hit 4 fours and 2 sixes. He handled the team along with captain Dasun Shanaka. Both shared a half-century partnership. Meanwhile, Mendis scored 60 off 37 balls and was dismissed by Mustafizur Rahman. After 15 overs the score was 137 for 5 wickets. Till now Sri Lanka had to score 47 runs in 30 balls.

Big partnership for the 5th wicket

Earlier, Bangladesh scored 183 runs on the back of aggressive innings of Afif Hossain, Mehdi Hasan Miraj, Mahmudullah and Mosaddek Hossain. Opener Mehdi Hasan Miraj scored 38 runs in 26 balls with the help of 2 fours and 2 sixes. Between the fall of the wickets, Afif Hossain (39 runs in 22 balls) and the experienced Mahmudullah (27 runs in 22 balls) laid the foundation for a big score by putting an aggressive 57-run partnership for the fifth wicket. Afif hit 4 fours and 2 sixes in his innings, while Mahmudullah hit a four and a six.

Mossadek played an aggressive innings
Mosaddek Hossain scored 24 runs in the last over with the help of 4 fours in an unbeaten innings of 9 balls to take the team’s score beyond 183. Bangladesh scored 60 runs in the last 5 overs. Captain Shakib Al Hasan contributed 24 runs in 22 balls. Wanindu Hasaranga and Chamika Karunaratne took 2-2 wickets for Sri Lanka. Debut Asitha Fernando (1 for 51) gave Sri Lanka the first breakthrough in the third over of the innings by showing Shabir Rahman (5) the path to the pavilion.

Rahim could not play big innings
Mehdi Hasan Miraj accelerated the run-rate by hitting a six off Mahish Teekshana in the fourth over and sixes and fours in successive deliveries against Fernando in the fifth over. Bangladesh scored 18 runs from this over of Fernando. In the next over, Mehdi Hasan Miraj hit another four, which took the team’s score to 55 for one in the powerplay. Hasaranga, who came to bowl in the 7th over, bowled Mehdi Hasan Miraj to end his innings of 38 runs in 26 balls. In the next over, Mushfiqur Rahim (4) was caught by wicket-keeper Mendis on a bouncing ball from Chamika Karunaratne.

PAK vs HK: Pakistan can make changes in playing-11 in important match, Babar’s clash with Babar

Captain Shakib Al Hasan took the risk and hit three fours off 4 balls in the 9th and 10th overs to bring the dwindling run-rate back on track. Tikshna bowled him in the 11th over and stopped his innings before it became dangerous. After this Afif Hossain and Mahmudullah got quick runs. Afif was more aggressive during this period. He hit fours and sixes against Hasranga in the 13th over and Fernando in the 16th over, while Mahmudullah did the same thing against Hasranga in the 15th over of the innings.