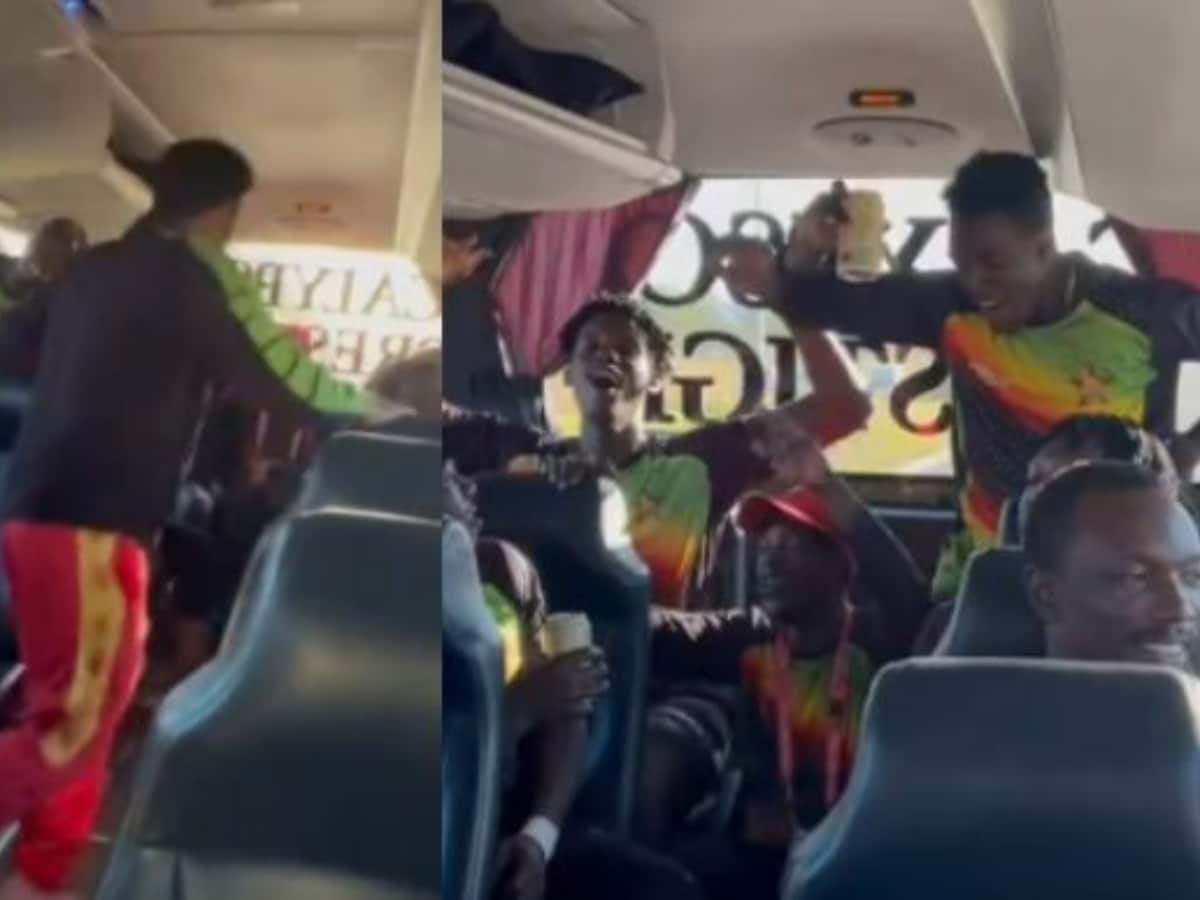 New Delhi. Zimbabwe registered a historic victory by defeating Australia (AUS vs ZIM) by 3 wickets in the third and final One Day International match of the series. Zimbabwe defeated the hosts for the first time in One Day Internationals at their home. All-rounder Ryan Burl was the hero of this memorable victory of Zimbabwe. Ryan Burle broke the back of the Kangaroos by taking 5 wickets in his three overs. Zimbabwe players celebrated the historic victory in a special way.

Zimbabwe Cricket shared a video on its official Twitter handle on Saturday. In the video, Zimbabwean players are seen dancing and dancing in the team bus. During this, batsman Sikandar Raza was seen singing the song (‘Amai vaRona) in the team bus with teammates and doing a tremendous dance. This song has been made by the official fans group of Zimbabwe cricket team which is quite famous.

Also read: Once upon a time, I was forced to play by sticking torn shoes… Now austerity performance in Australia, created history

‘The pressure will be equally on India and us..’ Mohammad Rizwan told the winning formula in the great match

#3rdODI , Castle Corner, see what you’ve done? But who can blame us! Thanks for the support and inspiration, home or away! @CastleCornerZW #AUSvZIM , #VisitZimbabwe pic.twitter.com/Vp6VYRWSXU

Zimbabwe restrict Australia for 141 runs
Zimbabwe won the toss and decided to bowl first. The visiting Zimbabwe team restricted Australia for 141 runs. Explosive opener David Warner scored the highest 94 runs for Australia. Australia’s team was able to reach a respectable score on the basis of Warner’s excellent innings. Australia put pressure on Zimbabwe’s team several times in the match, but the visiting team won in the last.

Captain Chakabwa played an innings of 37 not out
Zimbabwe captain Regis Chakabsa scored an unbeaten 37 to give Zimbabwe a resounding victory. After the defeat, Australian captain Aaron Finch said, ‘Zimbabwe did a great performance with the ball. He got us in trouble. You cannot take any team lightly in international cricket. You can lose any day. He showed up today. Despite winning the third ODI, Zimbabwe’s team lost the series 1-2. However, it will act as a tonic in the matches ahead of the victory.